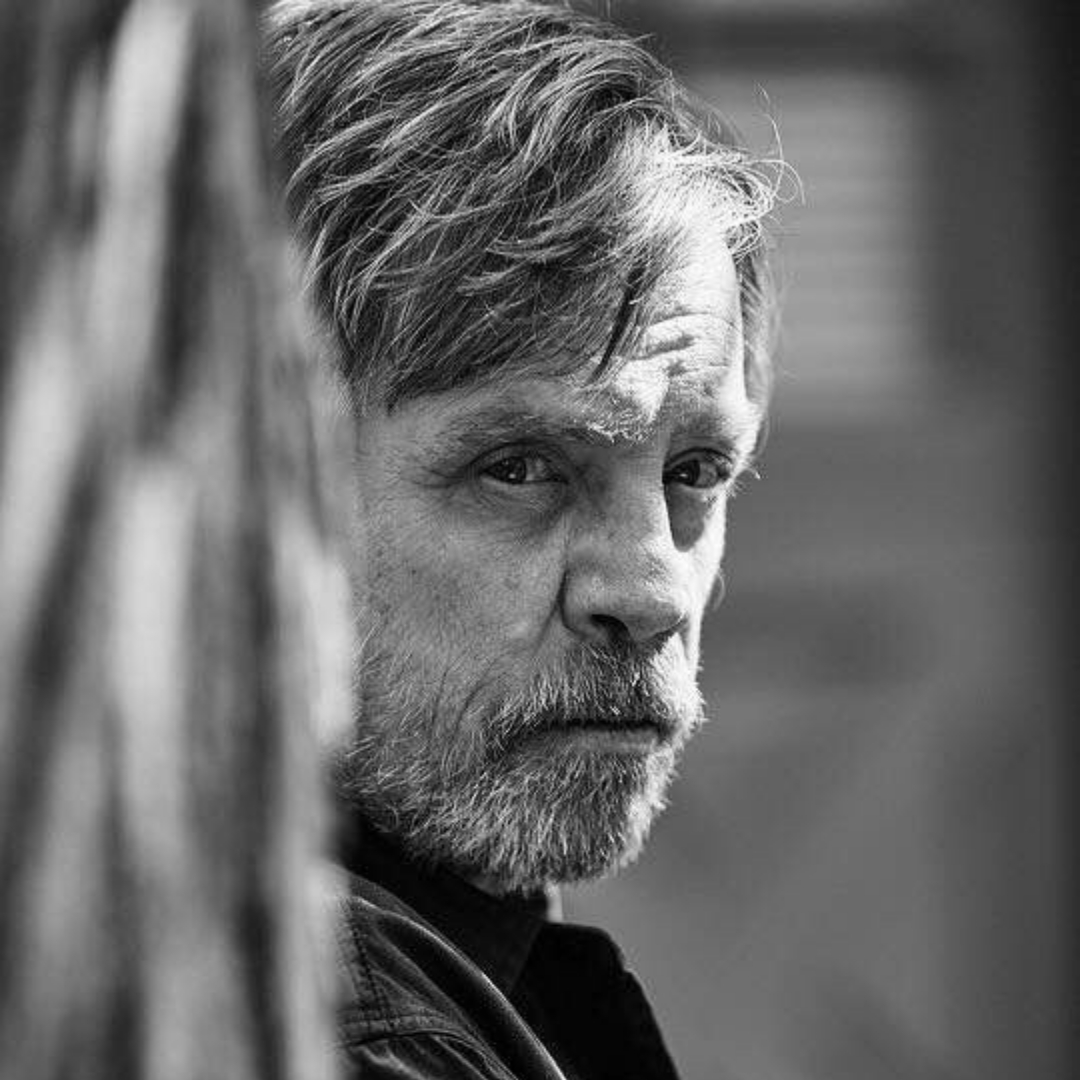 With over 350 credits, Mark Hamill is a big name in the business.

Most commonly associated with the Star Wars franchise, Mark Hamill is also one of the most prolific players in the world of voice acting. His incredible talent has been lent to countless characters in animated shows, films, and video games.

Let’s dive in and examine Hamill’s place in the industry as a voice-over veteran and discover if he has any Voquent sound-a-likes.

Who is Mark Hamill?

Mark Hamill was born in Oakland, California, and his acting debut was on The Bill Crosby Show before he secured a recurring role in the soap drama General Hospital. It was in 1977 that Hamill shot to fame aboard the unexpected hit Star Wars: Episode IV – A New Hope. This launched his career into the mainstream, and for many, he will always be Luke Skywalker.

While his face will always be associated with Star Wars, his voice is related to a variety of incredible animated characters, mainly in television and video games. Hamill’s first voice acting role was as the Joker in Batman: The Animated Series. Interestingly, Hamill was not originally cast for this part, replacing Tim Curry as Batman’s maniacal archnemesis. His voice then became the voice of the Joker in more than just The Animated Series, reprising his role in the Arkham video games, animated Batman films, Lego Batman, and even in Robot Chicken & Scooby Doo.

Since then, Hamill has landed an impressive list of voice-over roles, solidifying his reputation as one of the best in the business. He is also the voice of Nightmare in Marvel’s Ultimate Spider-man, Chucky in the remake of Child’s Play, Fear Feaster in Adventure Time, Firelord Ozai in Avatar: The Last Airbender, and Skeletor in Masters of the Universe: Revelation.

Why is His Voice Sought After?

Long before his first voice gig, Hamill became a huge fan of comic books, which would eventually serve him well in his career. Many of his most prominent roles have been in Marvel and DC projects, where he often plays a villain. Having a pre-formed base knowledge of the characters makes servicing the fans of a franchise a simple task because he himself is a fan, too – he knows exactly what they want.

Hamill has also proved his ability with critical success, earning various accolades over his career. These awards include Best Performer at the BAFTA Game awards (2012), Outstanding Performer in a Preschool Animated Program at the Daytime Emmys (2021), and a whole host of other wins and nominations from high-profile global events.

Hamill is worth an estimated $18 Million and is one of the most popular voice actors in the industry, but how much does his voice cost per role?

Although it is usually undisclosed how much actors are paid per project, Hamill supposedly earns around $3,000,000 annually. To discover a rough estimate of how much Hamill makes in one gig, we must know how much work he takes on.

It can be assumed that Hamill, therefore, makes an average of almost $190,000 per project. Of course, this price will depend on how much work is required, among many other factors – but he isn’t cheap!

Although Hamill’s voice, as previously mentioned, is not known for specific vocal qualities, this is due to his vocal range in the roles he has portrayed. In his case, it is much easier to look at the vocal characteristics of various characters he has voiced rather than the actor himself – and this could be the key to his success.

Famed for his distinctive high-pitch laugh, Hamill has given the Joker’s voice varied forms depending on the project and audience. As the character appeared in more video games, his sound became more sinister. Overall, plenty of vocal characteristics can describe the Joker’s voice across multiple performances, such as malevolent, croaky, menacing, and charismatic.

Hamill’s performance as Nightmare in The Ultimate Spider-Man is generally considered the most successful version of the character. In this role, his affected vocals are unorthodox, deep, and gravelly to create a genuinely scary and non-human sound – perfect for the character, considering his name.

Chucky, the main antagonist of Child’s Play, was recast for the 2019 reboot. The director (Lars Klevberg) asked Hamill if he was interested in the role and also stated that Hamill watched every Child’s Play film the night he signed the contract. Over the course of the film, Hamill pitches down his voice as the character becomes more evil – from innocent & goofy to an ominous killer.

The Fear Feaster is a gaseous being from Adventure Time, and he first introduces himself as the manifestation of Finn’s, the protagonist’s, fear. This character has only appeared in a few episodes to date, but Hamill’s performance is characteristically unorthodox and villainous.

Firelord Ozai, as well as multiple other characters, is voiced by Hamill in Avatar: The Last Airbender. He has previously stated that he didn’t expect the show to take off as it was more intelligent than the cartoons he was used to. Ozai’s voice perfectly parallels with his character, wise, serious, and powerful when compared to the child protagonist.

Ultimately, Hamill is no stranger to playing the villain, and his voice reflects this in many of his roles. However, he has stated that he doesn’t look to play this archetype; he simply searches for good scripts.

Does your audio-visual project require a similar sound?

Finding the right voice for a character can be difficult, flipping through countless auditions hoping the next one will sound like the idea you already have in your head. However, your character should inform the required voice. You may already be looking for a voice with unorthodox or villainous characteristics, like in many of Hamill’s performances, but celebrity voice actors come with a hefty price tag.

Voquent makes it easy to find the perfect voice for your project. Our incredible search function allows you to browse professional voices based on your desired vocal tones and the vocal characteristics needed in the role. You can also filter based on location, gender, language, accent and more!

While Hamill doesn’t necessarily have a distinct voice acting style due to his range in performances, there are some common threads. If you are looking to cast him, it is likely that you are looking to voice the antagonist or a non-human animated person.

Let’s take a look at some of these voices on the Voquent platform:

Here are some incredible Impressions of Mark Hamill’s Joker:

“He’s quite expressive. He’s able to move up and down through his registers.”

Why not try a Mark Hamill impression yourself? The Improve Your Voice YouTube channel has a very helpful tutorial breaking down Hamill’s voice and how to replicate the sound. The video even goes as far as explaining the physical elements of why Hamill sounds the way he does.

Mark Hamill is an icon in the voice-over industry. While some voice actors are known for a specific voice or style, Hamill’s success stems from his ability to change his voice per character and access a wide vocal range.

He has voiced wildly popular characters in multiple animated shows and films, gaining a voice-over fanbase that stretches far beyond his work in a galaxy far, far away.