Broadcaster David Lloyd, takes a look at how businesses and brands can build trust with their audience.

It’s Monday morning and you’re still feeling no better. Head and body throbbing, you pick up the phone in your trembling, sweaty hand and call your doctor’s surgery.

As they answer, within seconds you judge to what extent you feel you can rely on them. You’ll quickly decide whether you feel the person answering is sitting at a shiny desk, wearing a white coat, meticulously filing your records – or whether life down at your surgery sounds altogether more disorganised.

That verdict, of course, may be wholly flawed. You have judged simply on the sound of their voice.

Staying with medical matters, some fascinating Stanford University research into placebos concluded not only how effective these inert approaches can be – but also that symptoms improved more promptly when the impotent ‘injection’ was given by a doctor conveying “warmth and confidence”. The report’s lead author observed: “Research on the placebo effect has long shown the importance and power of a physician’s words”.

If a voice can heal, think about what it can do for the bottom line.

The human voice speaks volumes. When your friend calls; and reassures you that all is fine in their life, you know instantly if they are concealing some inner worry, just by how they speak to you. The voice exposes anything other than truth with ease.

These reactions illustrate the value that a voice can bring to a brand. Photos, video content and other social media relying on captions or animated text forsake that key opportunity.  In reading text for themselves, a consumer will ‘hear’ the tone which suits the values they already attach to the brand, for good or for ill.

Where a brand makes use of human voice within a production, however, a rich impression can be generated as that brand is truly personified. Hearing a voice has to be at least as important as pantones, pictures or a pretty logo. How many times have you changed your view of someone the second they opened their mouth? How much more emotion can be vested in the spoken word compared to the written word – whether love, excitement, warmth, worry, trust or humour. It was once said that comedian Kenneth Williams could read from the phone book and make it sound amusing.

🔍When casting, choose the proper TONE to evoke the correct FEELING in your audience. At https://t.co/dOWUu8GiXe we’ve defined 12 tones that encompass 99% of projects.
Start your search: https://t.co/48p610UOCC#voiceover #voiceactors #casting #tiptuesday pic.twitter.com/J5sQHCfTVQ

Furthermore, the efficiency of voice means that much information can be conveyed; detail which would otherwise clutter visuals.

Think too how quickly you recognise a voice. Once the right voice for the job has been identified and used consistently – its familiarity to consumers quickly becomes a powerful additional brand asset.

Today’s greatest brands recognise the value of voice – of personifying their brand in sound. As Simon Sinek said in his excellent book ‘Start with Why’: “We trust those with whom we are able to perceive common values or beliefs”. The voice is an impeccable way of establishing whether someone is ‘like us’. If the voice a brand employs feels like someone with whom a customer would associate, then it can help to deepen the brand relationship.

Authenticity is a word which pervades my world of radio currently. Gone are the booming on-air voices of yesteryear in favour of a more casual and natural sound – in both language and delivery.  Whilst rich fruity tones may be spot on for a film trailer, and a quirky voice great for a character, media channels seeking to build a relationship with their audience are increasingly turning to more natural vocal approaches. Listen to the range of style and accents compared with yesterday’s insistence on received pronunciation or ‘BBC English’. On radio now, witness how the presenters open up about their lives, their successes, challenges and vulnerabilities – and their stories draw upon the greatest story-telling techniques, in vocabulary, pace and tone.  Through their voice alone they are building the sort of relationship which means that listeners will miss them when they’re not on-air. Witness the outpouring of grief when the nation loses a Terry Wogan.

It takes a certain skill, however, to sound natural.

Whilst that conclusion may appear counter-intuitive, it is the very self-awareness of the voice, the frequent use, the listening-back, the comprehension of its power which helps the voice artist to understand just how to utter someone else’s words conversationally – and authentically. They understand how to really sound themselves – when talking to no-one but a metal microphone.  They can look the listener in the eyes and persuade.  Studies label this ‘paralinguistic’ communication – where the modulation of the voice, as opposed to the words, is used to enhance persuasion.

Paralinguistic communication is where the modulation of the voice, as opposed to the words, is used to enhance persuasion.

I recall the days when clients used to insist on reading their own local radio ads. Some pulled it off, but frequently they didn’t. Although they may have been a thoroughly dependable car salesman, if they didn’t sound like one, the campaign became worthless. Similarly, how many people out of media protest that their recorded voice ‘doesn’t sound like me’. Hearing just their voice in isolation, through their ears rather than bouncing off the bones in their own head, they assert that their own voice somehow doesn’t do them justice. Sounding yourself is more challenging than it might seem.

Forensic speech scientists can detect whether a speaker is delivering a written text or ad-libbing. Listeners too can subconsciously detect whether someone is speaking their own words.

I envy the professional voice artist with the true gift of owning the words they are delivering, injecting the pace, pause, pitch, inflection, emphasis and melody – alongside the warmth or authority which suits the job in hand.

At Voquent there are thousands of professional voice artists – each with a unique voice. Which one best helps to tell your story?

Drop them a line for free casting and quote with no obligation or browse voices yourself. 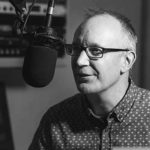 David Lloyd is a radio consultant and broadcaster, former radio executive and local TV chairman. His latest book ‘Radio Secrets’: An insider’s guide into presenting and producing powerful content for broadcast and podcast has just been published.

How to Audition for Voice Over Success – 7 Top Tips