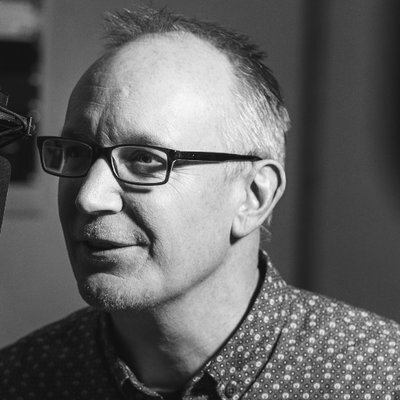 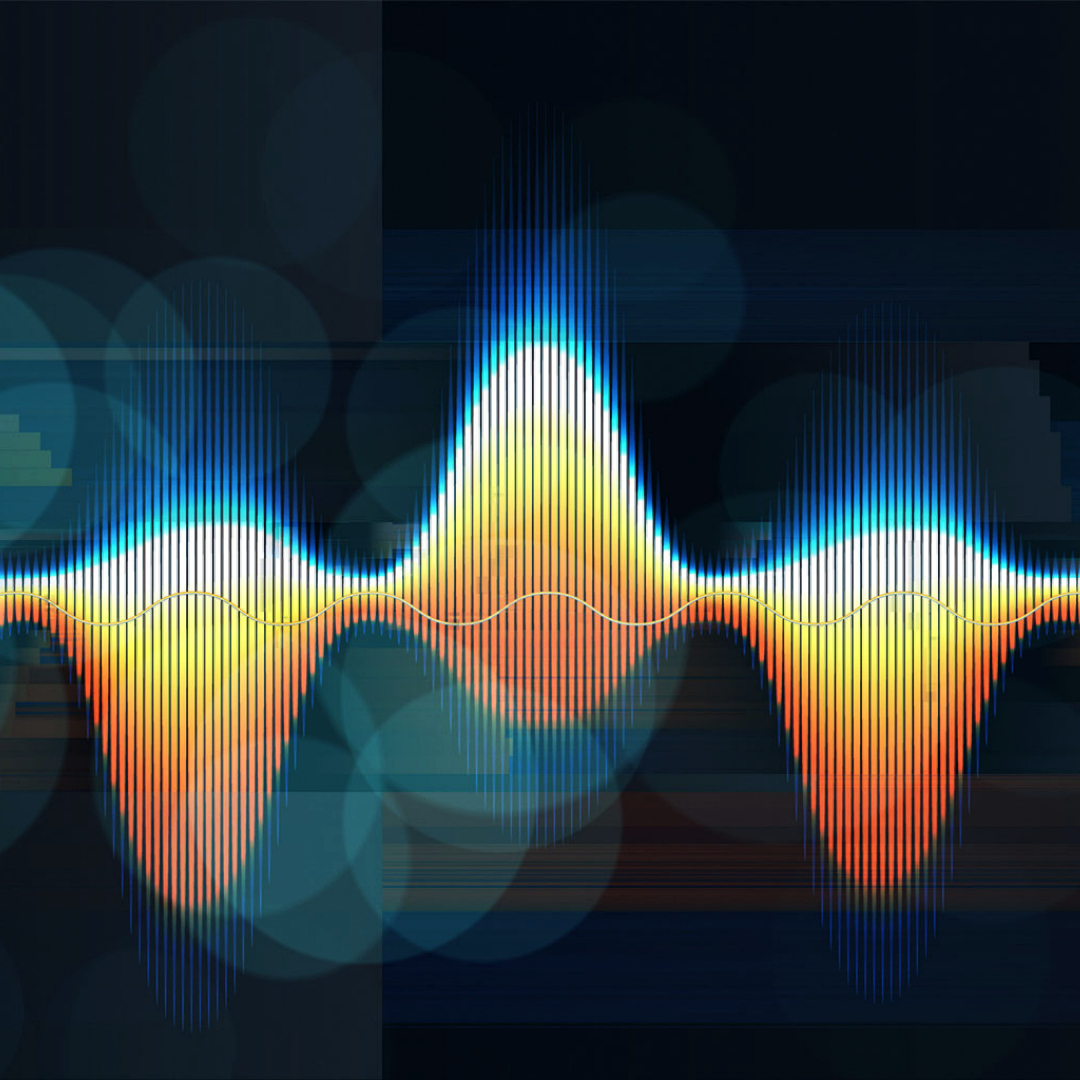 The picture is a familiar one.

The voice talent leans forward in their leather chair, poised to do the customer's bidding to the best of their ability.

Yet seemingly contradictory client instructions make life an unnecessary challenge for even the most patient of performers. Similarly, the voice talent may not have accurately described their voice, turning up a little like a Tinder date who doesn't look like their profile pic.

Avoiding this fate starts with defining your characters and listening to material that matches. Deciding how characters sound is about labelling them with specific vocal characteristics.

What emotions do you want to arouse in the audience, and what vocal characteristics can achieve that aim?

At Voquent, we make it easy for voices to label their Demos with hundreds of characteristics. We also provide an automatic biography based on the keywords and data entered at profile sign-up.

Whilst many voices understandably take pride in their vocal dexterity, each talent will demonstrate specific characteristics unique to them. Using accurate descriptors and labels on Voquent—and having a moderation team that checks them for accuracy—makes casting voice actors painless.

Fun fact: Like fingerprints, everyone's tongue print is different. It's even being looked at as a biometric authentication tool because forging it is impossible.

It is arguably how a voice actor describes themselves and their Demos that is more important than investing in an artsy portrait photo. Helpful descriptors also help clients command the lexicon to communicate the type of voice they hear in their heads.

What vocal characteristics act together to deliver the content's desired sound or lend the character its distinct personality? We've listed the vital voice characteristics below. The list is not exhaustive, and definitions can differ, even amongst academics, but it will get you thinking.

What pitch is appropriate for the task at hand? On a scale, what level of perceived 'highness' or 'lowness' of a voice?

In singing, we are familiar with the range from Soprano: the highest female voice, down through Mezzo-Soprano, Contralto, Tenor and Baritone – on to Bass, the lowest deep male voice. Spoken word definitions aren't as well known, but the range is similar.

Are you looking for a vocal range that delivers a higher pitch, something in the middle, or something deeper?

The age of the voice artist is relevant here too.

The throat anatomy and physiology of the talent will dictate the pitch that talent can command, dependent on the number of vibrations per second produced by their vocal cords.

Modulation of pitch is, of course, possible, just as famously in the case of former UK Prime Minister Margaret Thatcher lowering her voice for her role.

A lower voice is perfect for authority, trust, sadness, disappointment, seriousness or threatening topics or characters. In contrast, a higher-pitched voice for cheery, bright, excited, energetic or younger roles.

Psychologists suggest that a person's voice pitch affects how others perceive them. Similarly, it will affect characters' perceptions in video games and animations.

What rate of delivery would suit the purpose? How slowly or quickly might the voice be expected to speak?

Listen to how quickly your friends speak. Are they an entertaining storyteller who takes twice as long to get to the end of a sentence as you do yet has the pace that delivers the tale perfectly? Or are they the fast-talking person at work who gabbles a seemingly endless stream of consciousness? Perhaps, the stammer slowly through their point in a monotone?

Think of your own natural voice pace. Given how challenging it is to change that, selecting the right voice speed is crucial. For example, you can hear this variance between natural speech and higher speed voice-over between the ad copy and terms and conditions in finance ads!

In his famous 1940 speech, Winston Churchill pledged to fight the enemy 'on the beaches' – at 128 words per minute.

The power of his chosen pace was immediately apparent to an anxious generation. In a recent documentary, BBC Radio 4 edited that speech to tighten the gaps between phrases, increasing the speed of his delivery dramatically, with an astonishing effect on its perceived effectiveness.

At a slower rate, listeners have time to consider, imagine and process. 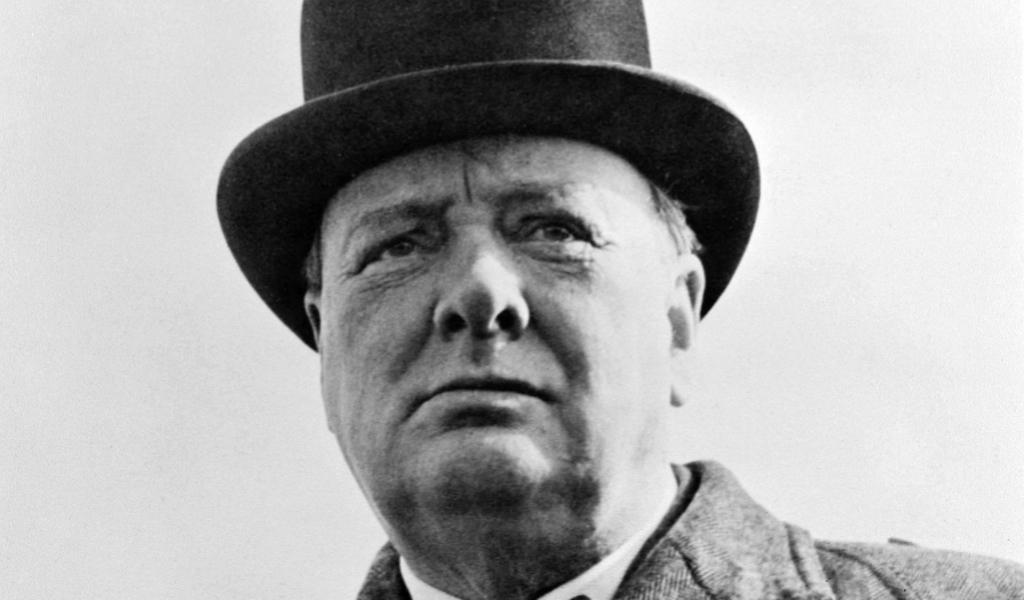 Winston Churchill pledged to fight the enemy 'on the beaches' – at 128 words per minute.

The National Center for Voice and Speech suggests the average conversation rate for English speakers in the United States is about 150 words per minute.

It generally falls between 120 wpm at the slow end of the spectrum and up to 160/200 wpm at the faster end.

Research around the world appears to debunk the assertion that women speak more quickly than men. Speech rate differences impact the mood engendered in the listener.

Complex, sadder or formal content may benefit from a slower, calmer pace. Urgent, animated, exciting material is a faster one.

Think of the great horse racing commentators to illustrate how varying pace affects energy and excitement. While voice talent will constantly adjust to suit the purpose, some are naturally slower, and others are gifted in delivering material rapidly while still losing very little clarity.

For a job that necessarily is word-rich, a faster talker whose articulation remains clear will prove an asset. What speech rate likely delivers the best rhythm, pace, efficiency, trust, mood and general feel for your content or character?

Everyone has a tone of voice—a speaking pattern—as individual as their fingerprint.

Which tone suits your purposes? Identifying the intended audience can help to answer this question.

For example, is it a regional audience, young audience, severe or international? Think of the difference between a colleague chatting in the office about their weekend. And that same individual rises to their feet, claps their hands together, and delivers an organisational plan to the team for the day ahead. Then compare that with how that person might speak when talking to a member of staff who has lost a relative.

Some voice actors lend themselves more naturally to particular purposes—for example, the difference between someone who sounds like an inspiring leader and someone who at best gets a bit animated. The second person will not inspire the same level of confidence.

At Voquent, we identify 12 primary tones for voice-over use.

Paralinguistic 'noises' such as crying or laughter can also be part of the tone of a piece.

Brands often define the tone of voice in general terms—the attitude they portray themselves in all places. This definition stretches way beyond the verbal material it might use in media communications. Logo design, typeface, the choice of brand ambassadors, writing style, social media communications, premises design and more.

Sometimes, ironically, they fail to devote the same attention to the actual voice that consumers will hear in every advert! Whatever the words being said are, it is critically important that the voice sounds how your brand or character looks and behaves.

ALSO READ: Articulating Your Brand – How to Use a Professional Voice to Stand Out

Christina Aguilera talks of her 'paintbox' of voices from a “gritty growl to haunting sadness“; the various textures adopted by the vocalist as she delivers the anthem on an album or the ballad on-stage.

In music, you can use texture to describe the overall mix of music when all the instruments blend. 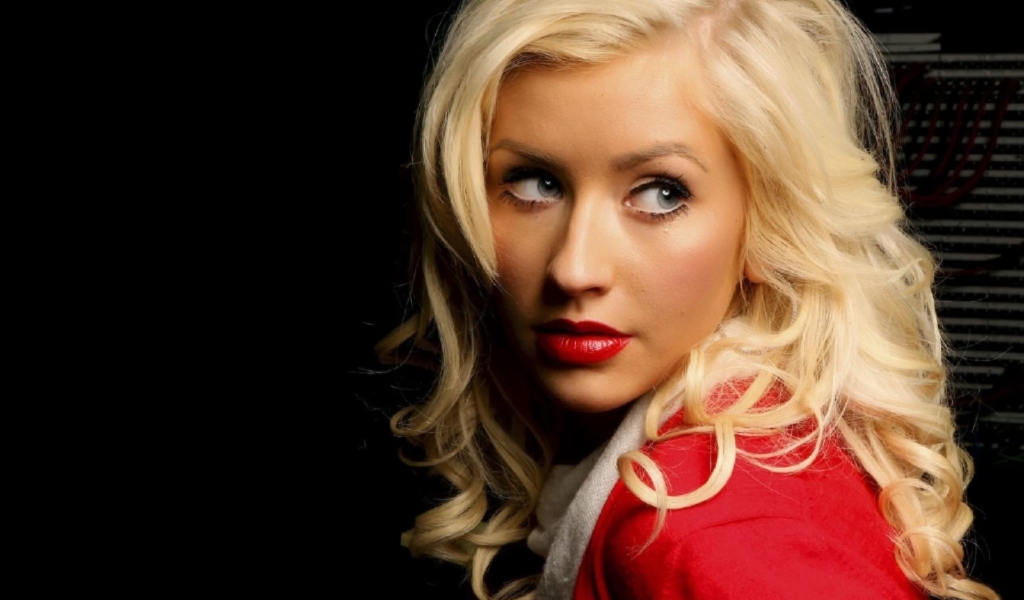 Christina Aguilera talks of her 'paintbox' of voices from a “gritty growl to haunting sadness”. Image Credit

In voice artistry, putting to one side the words and how they are delivered, what is the texture of the core traits of the voice?

We've all heard of a velvety voice. But if it's not velvet, what is it? Sometimes that single word can help to sum up the desired texture. I'm unsure who first coined the phrase 'chocolate voice', but it's a great term and, like fruity and honeyed, shows that figurative words, unrelated to voice, can best crystalise what makes a vocal sound distinctive and fitting.

Other common texture words for casting include: raspy, gritty, gravelly, cool and hoarse.

Words in sentences rise and fall. How should the script be read to portray the meaning best – and not mislead?

Think of that famous line: 'Here's Johnny' in The Shining movie—how would that have sounded if said with a casual inflexion? Think too of the trend of high rising end words in sentences and how that alone can change how a sentence is perceived.

A sentence can be enunciated perfectly but deliver the wrong meaning without the appropriate intonation. Intonation is the variation in spoken pitch in the journey of a sentence. It helps to indicate attitude or emotion.

Falling and rising intonation emphasise a point and differentiate between questions and statements. Whilst a meaningless 'sing-song' achieves little, a consistent tone without variation can be soporific. The pattern, rhythm or “prosody” of speech offers cues to what a speaker means. Where the pattern and words appear in conflict, listeners attach more value to the pattern.

When a friend assures you they are OK. You know instinctively if their words are hollow. In the absence of non-verbal clues, the whole meaning is vested purely in the way things sound.

How loud do you want your character's voice to be?

Do they speak in hushed, intimate tones, or are they perpetually at volume eleven?

Audio processing ensures you don't have to rush to find the remote control to turn up the TV as an intimate bedroom scene begins or turn it down in the middle of a dramatic screaming match in a soap opera.

Audio processing means the listener experiences voices at roughly the same level. Despite that technical adjustment, there remains a perceived difference in loudness, owing to the performance.

From the quiet stage, whisper to the booming voice of a 'hurry, hurry, buy now, offer ends on Saturday' commercial. The volume at which a voice artist delivers the read impacts our feelings.

A professional voice-over talent will adopt a few favourite characteristic variables to rely on when auditioning for voice-over jobs. They may be regarded for their conversational, professional, comedic or angry voices.

For recurrent jobs, they will lock those characteristics down in notes or audio files to ensure that the next time they are called upon to voice the same role, they dial up the right intensity of each of the relevant characteristics. It fast becomes muscle memory, an actual voice they can adopt on tap for video games or animated characters.

Similarly, a client is unlikely to stipulate or consider every characteristic for every role. A few carefully chosen keywords are all that's needed to define the sound of the voice.

The above list of vocal characteristics illustrates only a handful of the variables, and working through it may help you interrogate your thoughts and firm up the role in your mind.

Sometimes defining the role by absence can help too. You may not know how to express what you want, but listing what you don't want is equally helpful. Articulating Your Brand – How to Use a Professional Vo...