Is There a Science To Moving Others With Your Voice? 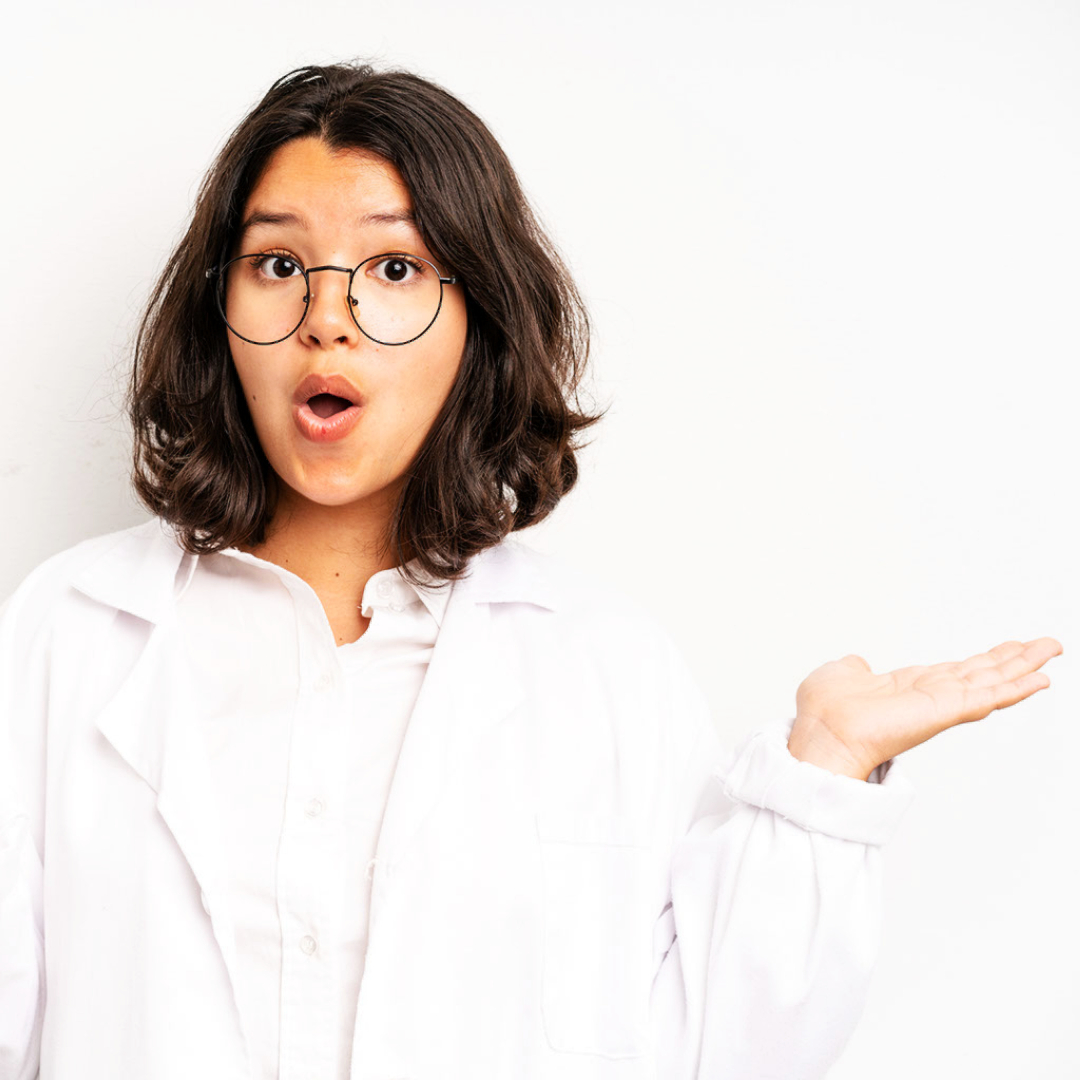 Investigating how sound, especially the human voice affects how we relate to others and changes how they feel.

What do you feel when you hear the sound of fingernails scraping across a blackboard? I say 'feel' because science tells us that the uncomfortable, piercing screech that makes us wince is a communication between two sections of our brain – one involved with hearing and another involved with emotions.

These unpleasant frequencies also create a physical reaction affecting heart rate, blood pressure and even the electrical conductivity of the skin, the latter of which might explain the term "it makes your skin crawl".

This particularly unpleasant fingernail/blackboard example has a frequency (or 'pitch' in more musical terms) of around 2,000 to 4,000 Hertz. Compare that with a typical male voice, which has a frequency of between 85 to 180 Hz, and a female voice of between 165 to 255 Hz.  As you can see, it's quite a difference.

RELATED: What Makes a Voice Scary?

This indicates that by controlling the vibrations of your vocal cords to change the frequency, you can use your voice to generate different emotional reactions. In the USA, they often refer to this as your Sound Emotional Quotient (SEQ), which combines loudness, pitch and timbre. It is closely linked to the 12 Elements of Emotional Intelligence.

It's all very scientific. But what does this mean in real-life for a voice actor who needs to create different emotions? Let's face it when you've done a warm-up, and you're poised at that mic for an important gig, you're probably not thinking about what frequency, in Hertz, your vocal cords are vibrating at.

Gary Terzza is a voice actor and coach with over 30 years of experience (Big Brother, The Sopranos, Friends, Channel 4) in the VO industry. He believes that emotional performance is much more personal. "You could argue that if you have to explain emotional performance in technical terms, then you probably don't know what real emotion is," he says. "Vocal emotion is lots of things – tempo, tone and pitch, of course, but it's also much more than these elements. In fact, it's greater than the sum of its parts, revealing the very soul of the speaker.

"You can't really teach emotion as it's inherently personal to each of us, but you can learn to turn on the right emotion for the right voice-over jobs. Tapping into appropriate feelings and connecting with the listener is what good voice actors do best. The words on the page are the biggest clue as to how you should perform a script, and if you immerse yourself in the text, the emotions will flow from the story. But you've got to believe in what you're saying. It's like a musician who interprets notes on a score. Those squiggles, dots and characters are just crying out to be brought to life." 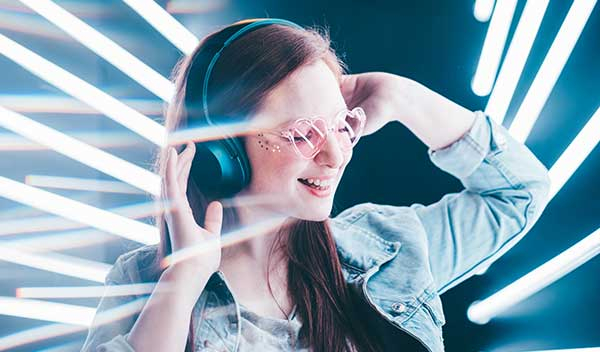 A voice actor can change how a listener feels by immersing themselves in the text and believing in what they are saying to harness their emotions.

Tapping into personal emotions is also a practice that Tanya Bartlett, voice actor and CEO/founder of British Voice Over UK, relates to.

She says, "Reflecting back to your own memories and experiences in life that have a personal resonance can help 'set the mood' of how your tone of voice will come across. I once did a TV commercial for a big fashion brand where I had to switch through eight different emotions very quickly. I connected each emotion to a memory that I could easily relate to, and it really helped me switch between the emotional sounds of what I was playing out in the script."

ALSO READ: How to Discover the Perfect Voice for Any Character

So if tapping into emotion in voice acting is so personal, can it be taught or learned? Tanya believes this can be a controversial topic.

"I don't believe you can teach dramatic 'talent'; you can only teach 'technique', like pace or sight-reading," she says. "Professional voice actors have a responsibility to the listener to create an emotional response in the way the producer intended. There has to be a natural element to this. We can hone our skills and technique, but if it doesn't come naturally to us, how can we properly convince our audience?" 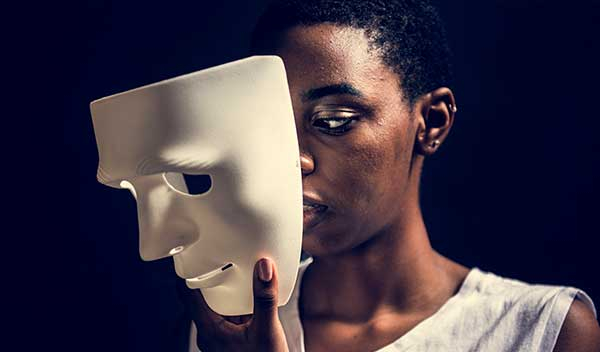 A masterful voice actor will reveal their authentic selves by tapping into their own emotions.

On this theme, Gary Terzza recalls a student who had developed a sing-song melody to his voice, cheerfully delivering his lines even if the subject was doom and gloom. "It was his default voice, and he found it very difficult to introduce gravitas and authority. He had to basically 'unlearn' his way of speaking to then reconnect with the spectrum of human emotions."

The quality of a script and the actual words on the page are obviously important. But, to go back to the science for a moment, Tanya points to the research by Albert Mehrabian, Professor Emeritus of Psychology at the University of California,  who concluded that communication is only 7 per cent verbal and 93 per cent non-verbal.

Professor Mehrabian also came up with the 7-38-55 rule. This states that only 7 per cent of meaning is communicated through spoken word, 38 per cent through tone of voice, and 55 per cent through body language.

Body language in a voice-over? It sounds absurd at first but think about it.

Can you deliver 'angry' without frowning or moving your arms around? What about 'joyful' without smiling? Try being 'sinister' with a big smiley grin on your face, and you get the idea. Unless you're an evil clown, I suppose, in which case it comes naturally.

Producers and creative directors can often be surprised at the complex nature of conveying vocal emotions. Tanya is continually surprised at the number of clients (usually those who've never booked a VO before) who are surprised to learn that the voice actor hasn't seen video footage of the job beforehand. "They can't believe that a lot of our work is a literal interpretation of the script and that we don't rely on watching video footage beforehand to create the right emotions and 'soundwaves' to fit video footage. I think as professional VOs, we often underestimate what a cool skill set that actually is."

Clearly, for a voice actor, tapping into the right emotions to connect with your audience is a combination of many different factors, technical, personal, body language, script.

There are loads of great examples of emotions in voice acting online, so there's no excuse not to listen and learn. Take a look at Cravendale: Cats with Thumbs. The visuals are terrific, but it's the VO that makes it truly special.

Gary Terzza suggests that a masterclass in delivering emotion is the late, great Robin Williams' performance as the Genie in Disney's Aladdin, where "he moves effortlessly from madcap comedy to pathos in a matter of sentences".

So, is there a science to moving others with your voice? Of course, there is - there's a science to everything! However, as this article shows, that doesn't necessarily help when you're trying to perform.

Nevertheless, it's useful to bear all of this in mind while practising and rehearsing - eventually, it'll become second nature, and you'll be a true pro! 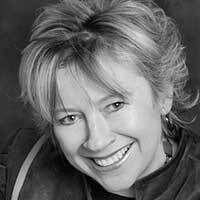 A copywriter and voice artist with the ability to turn reams of technical jargon into interesting and engaging copy or to make dry subjects digestible.

A copywriter and voice artist with the ability to turn reams of technical jargon into interesting and engaging copy or to make dry subjects digestible. 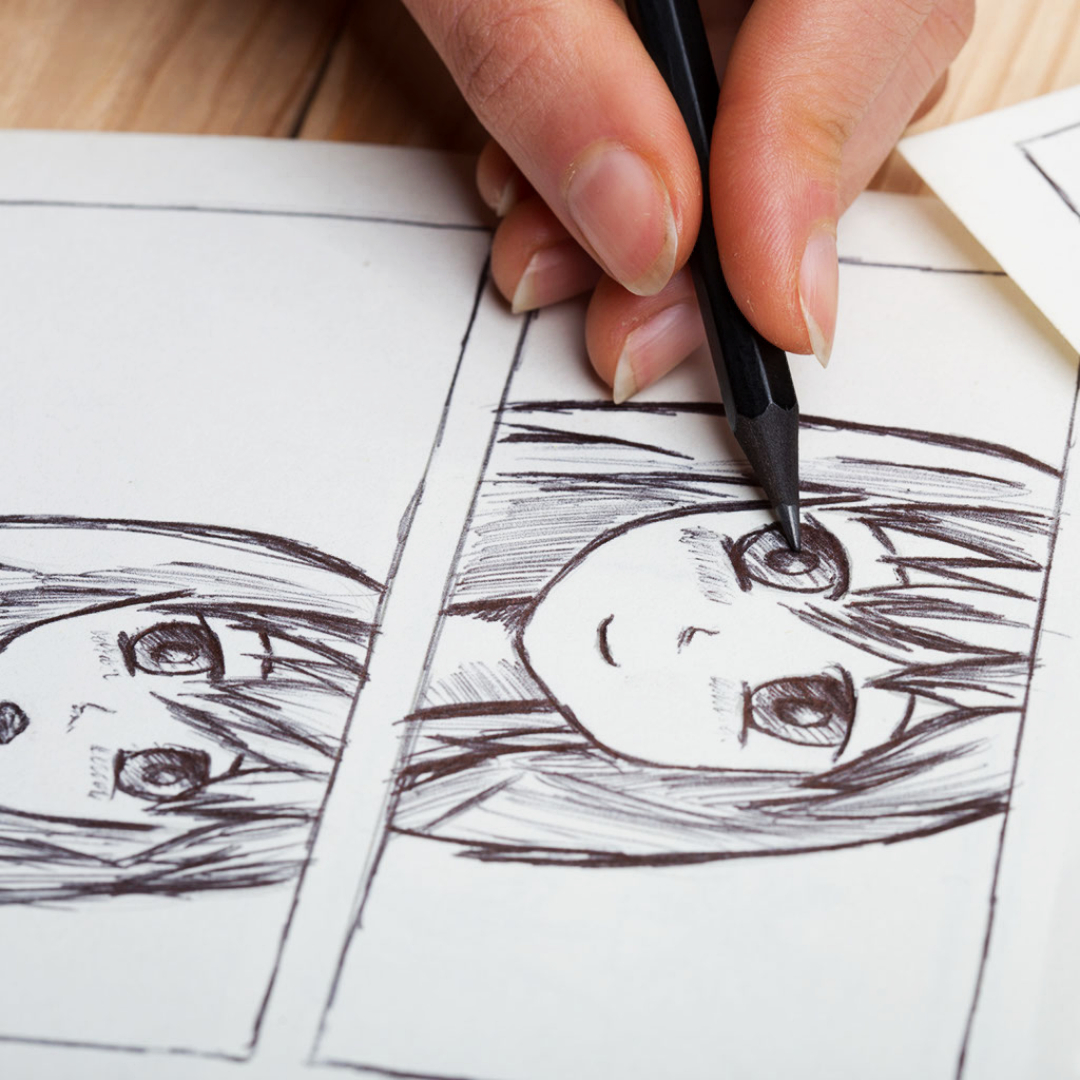 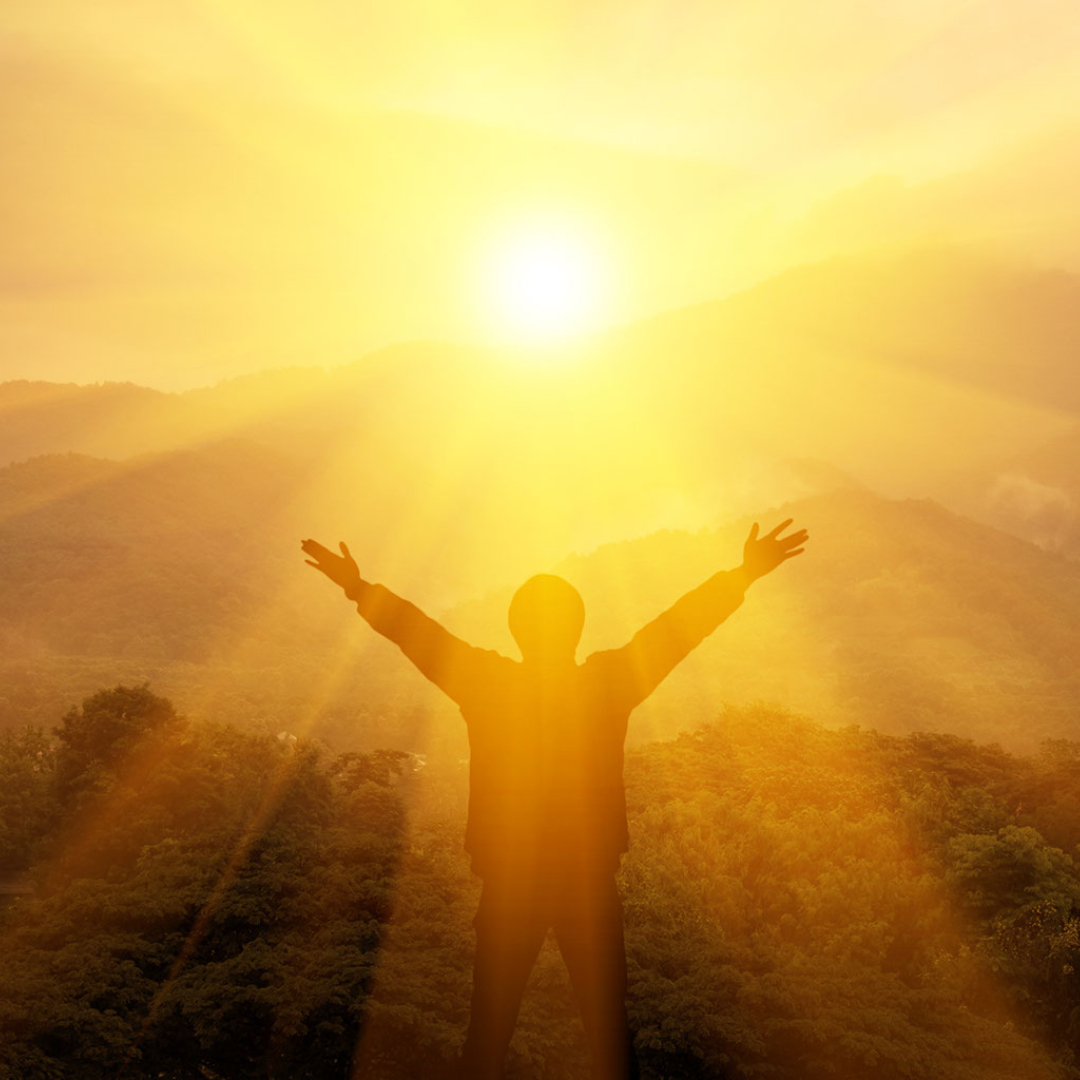 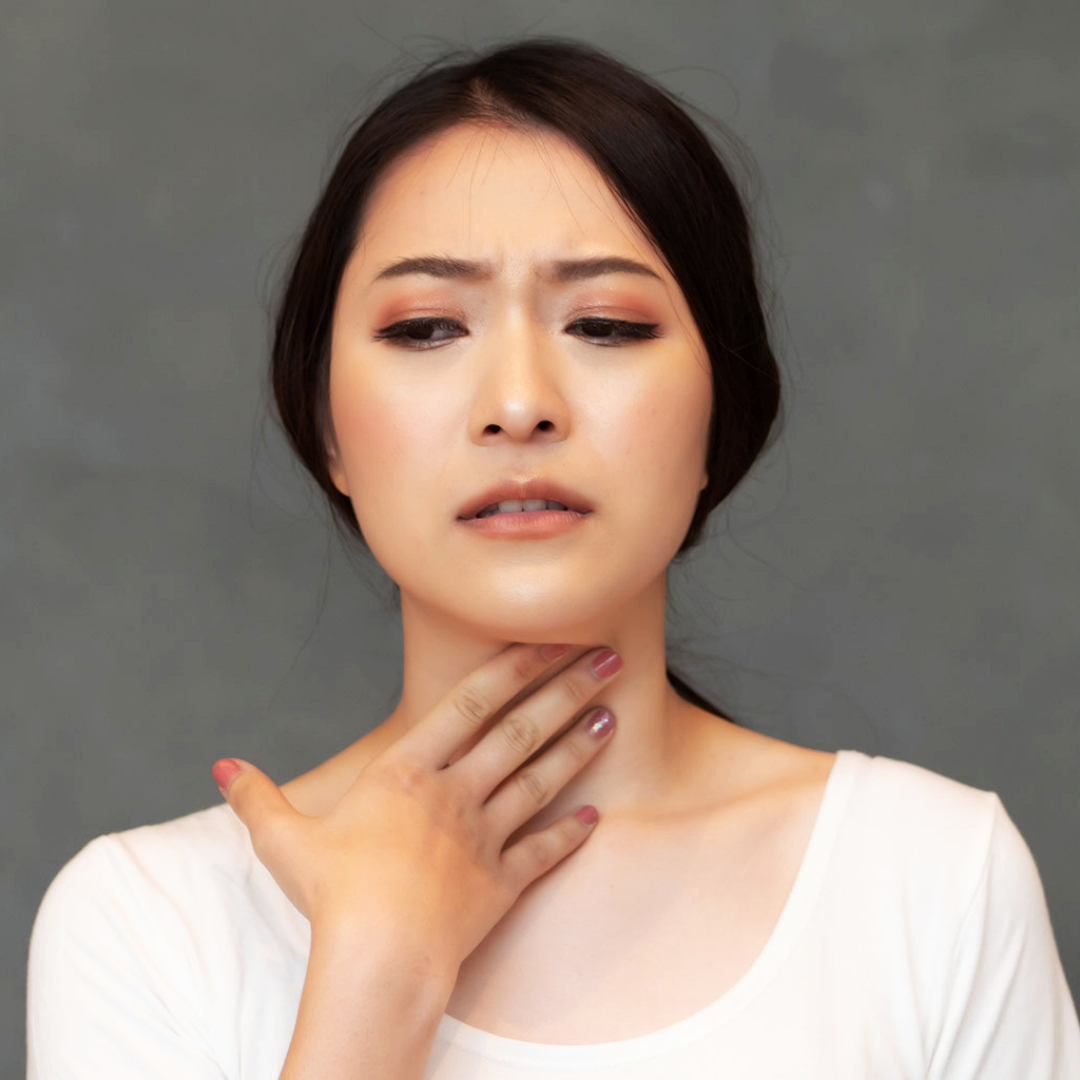 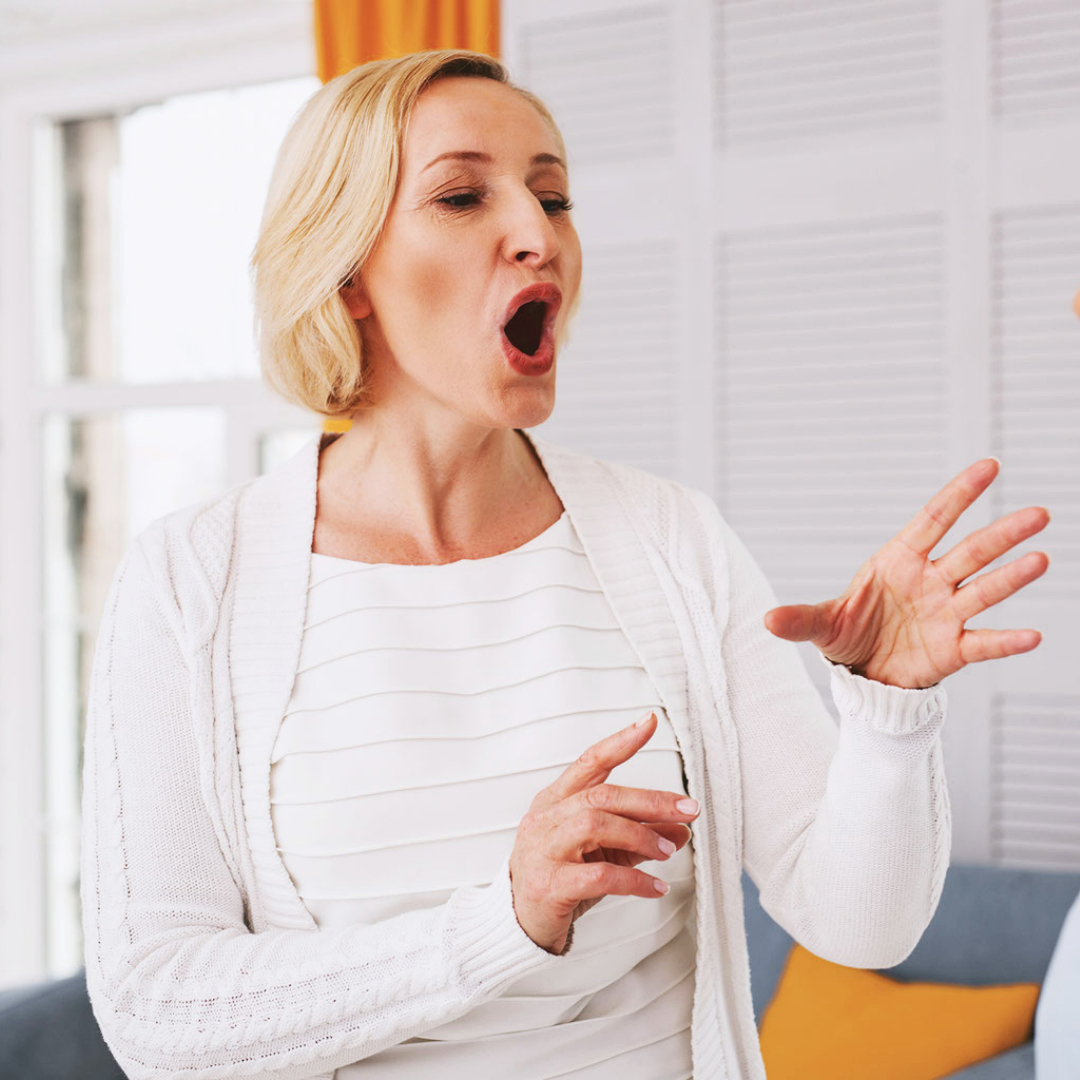 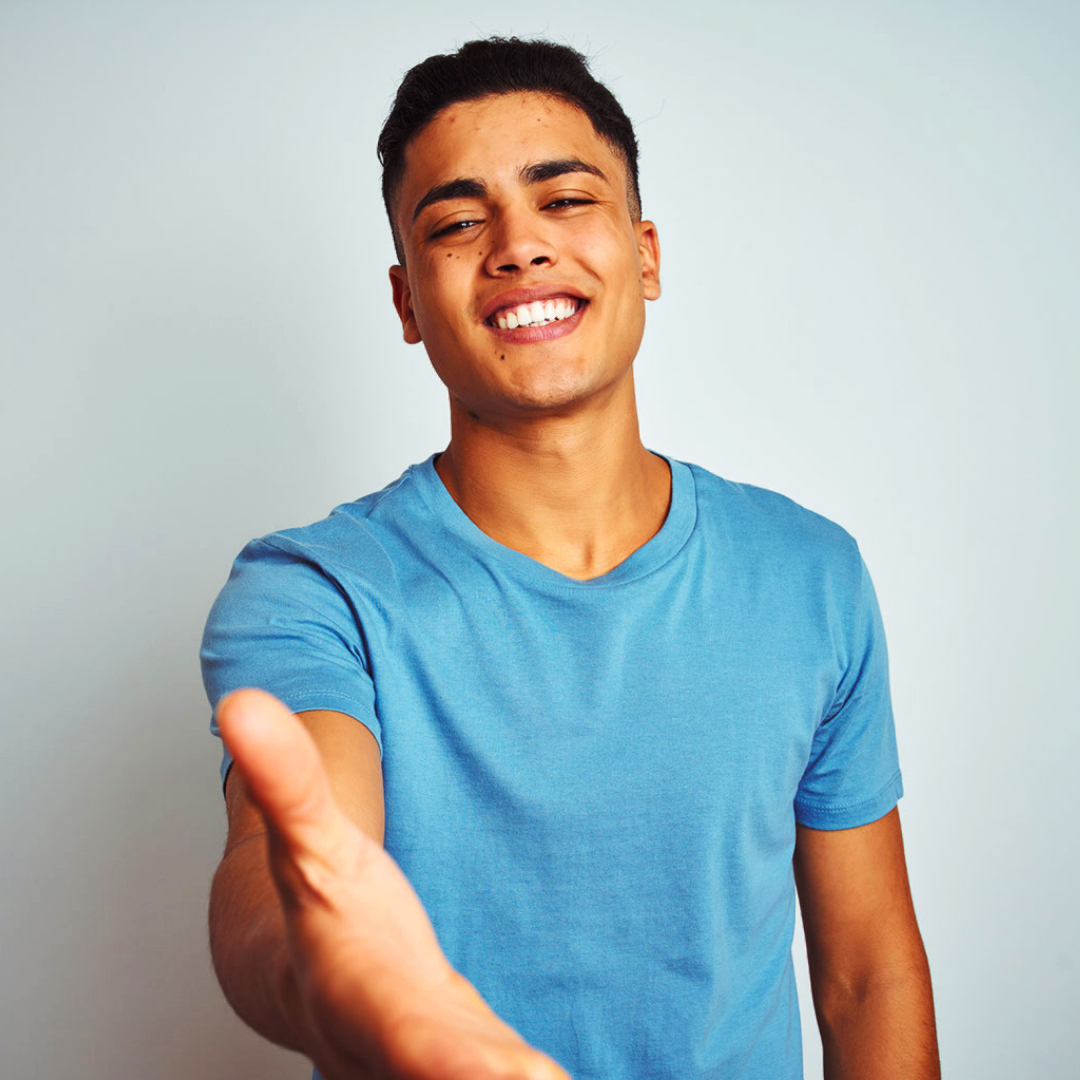 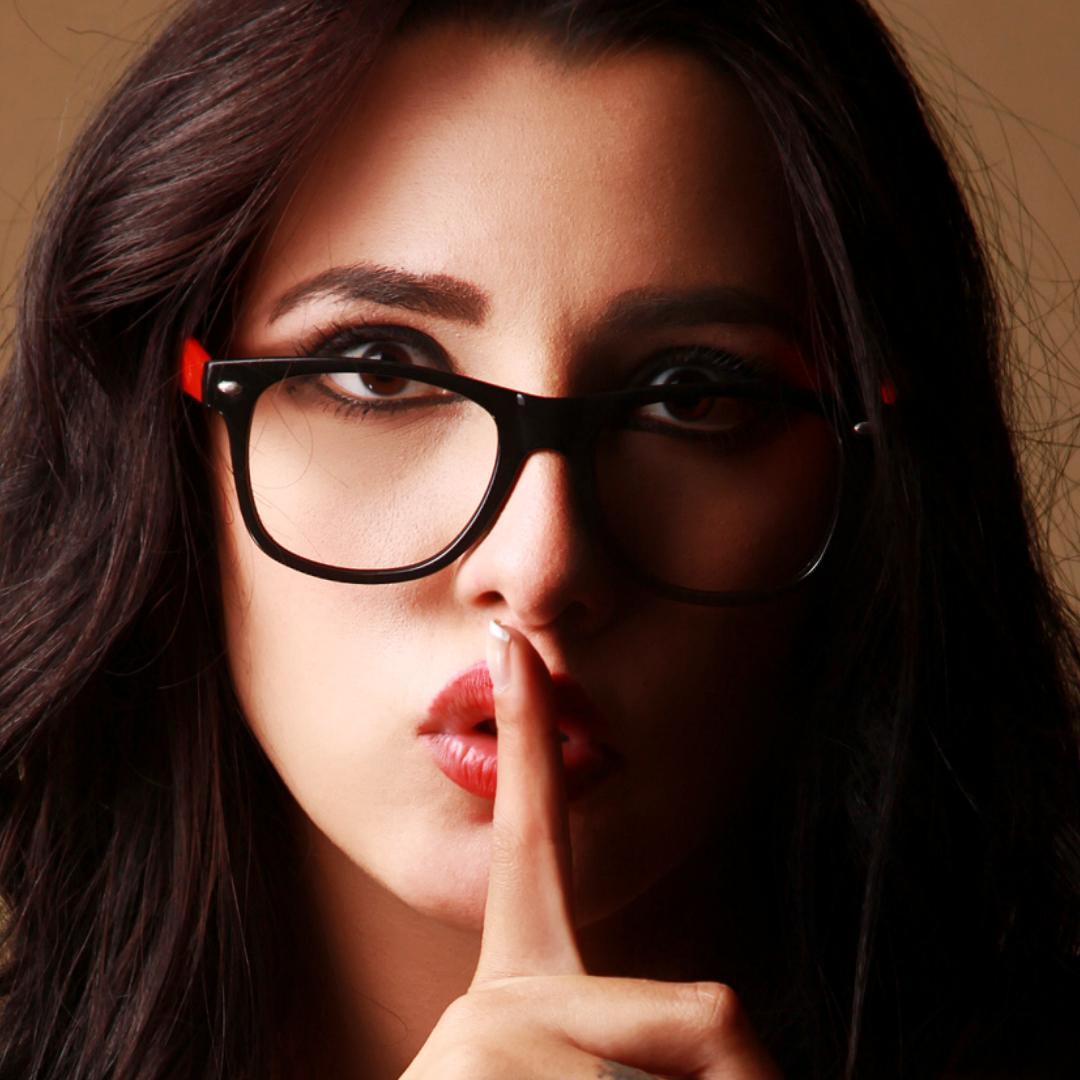 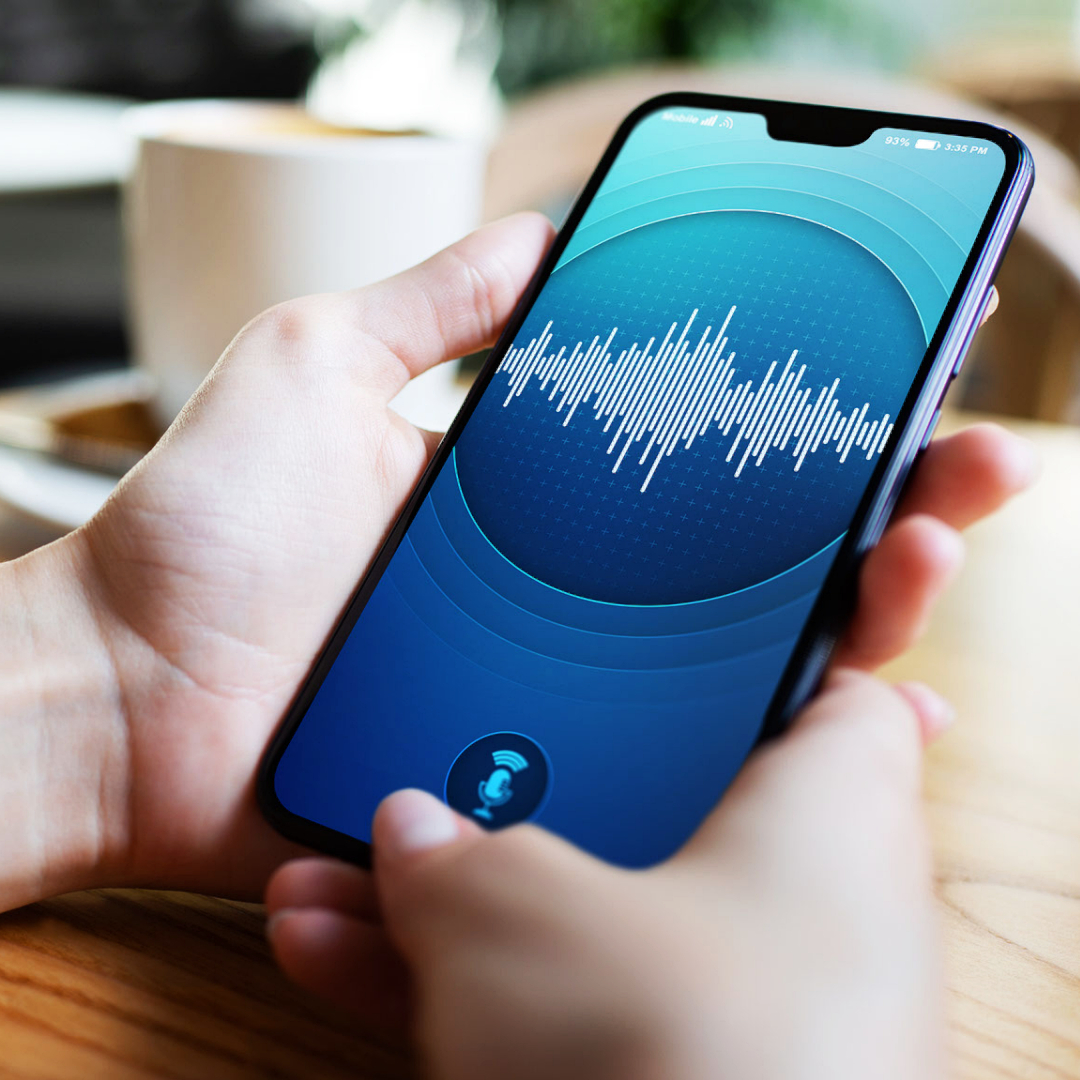 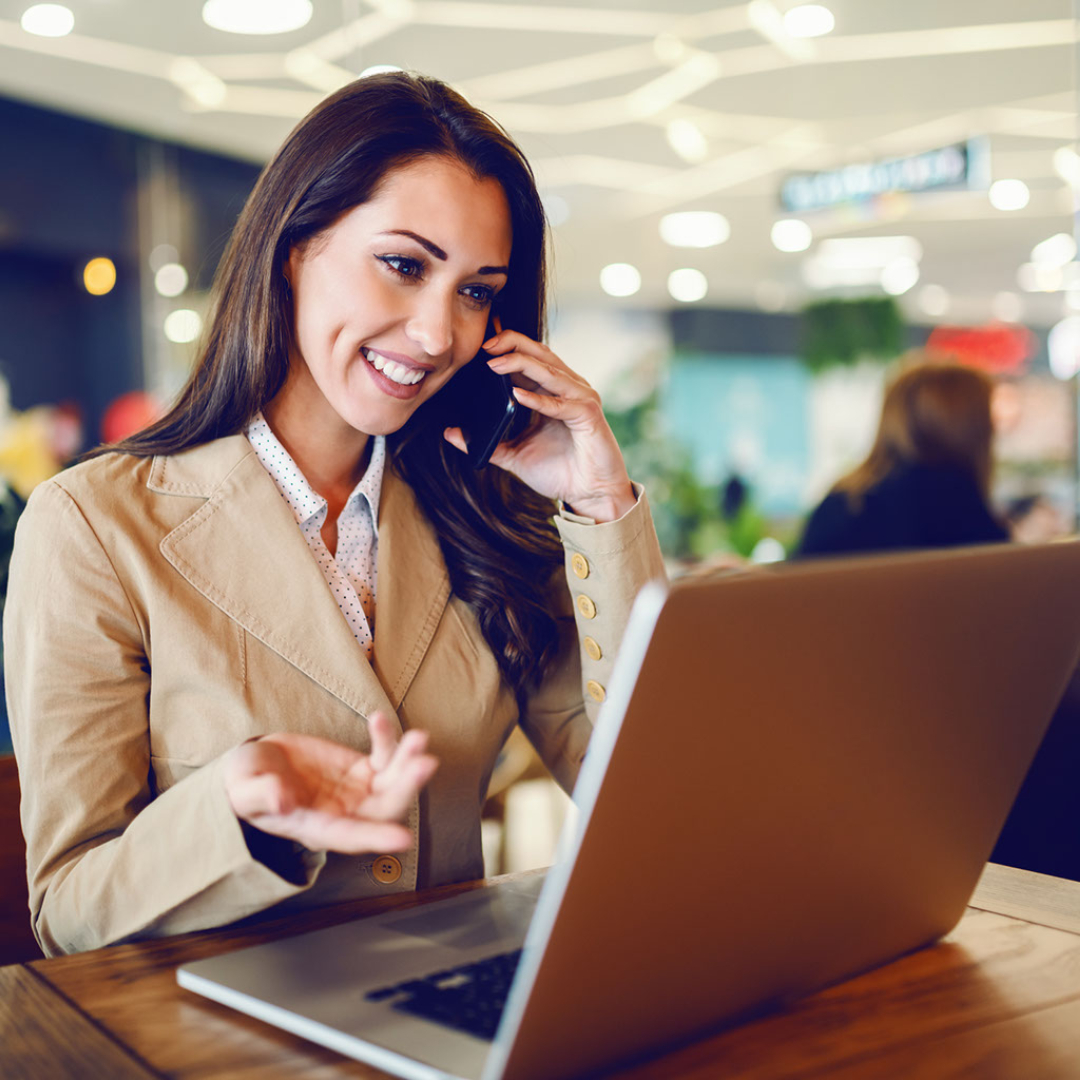 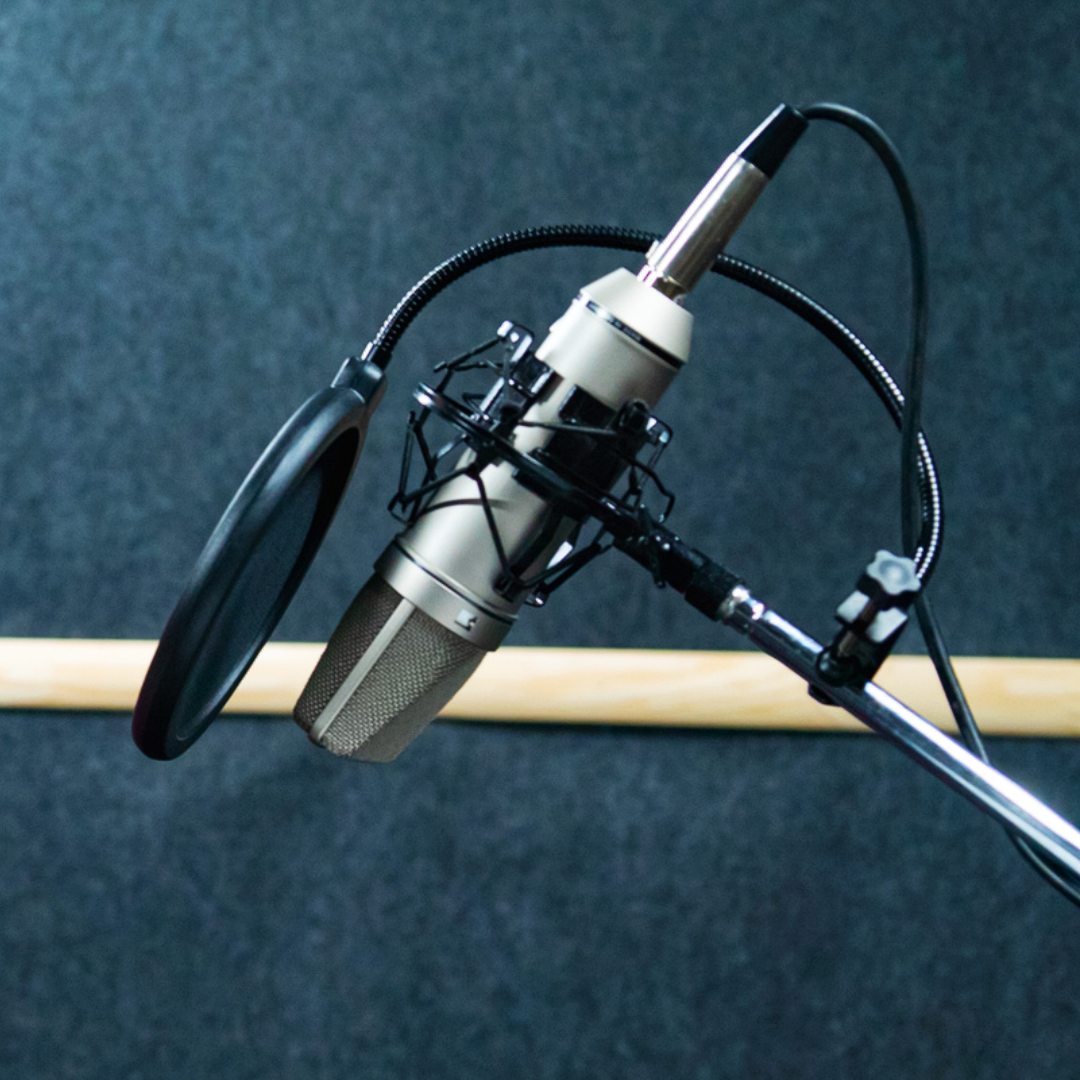 127 Top Dubbing Companies in the World 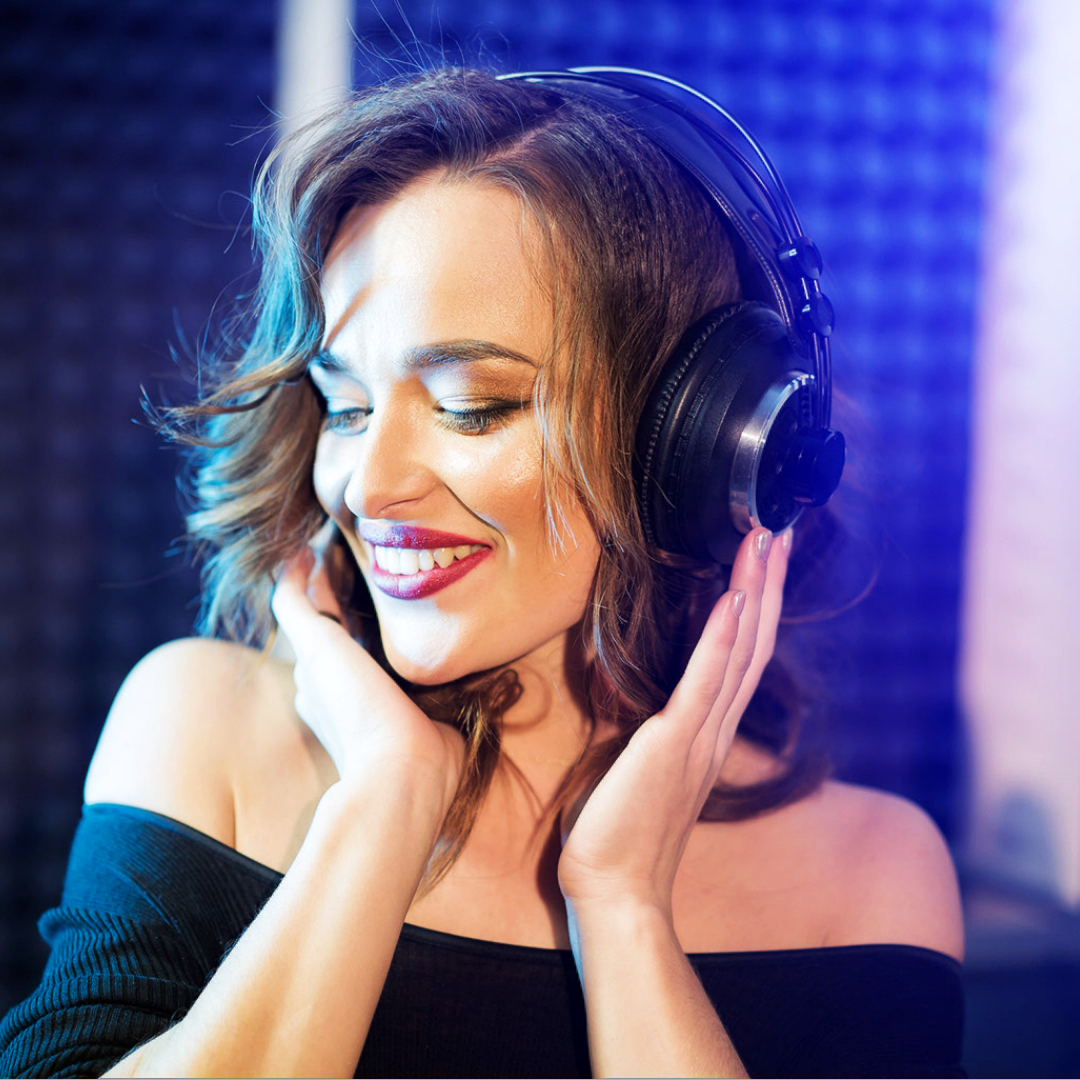 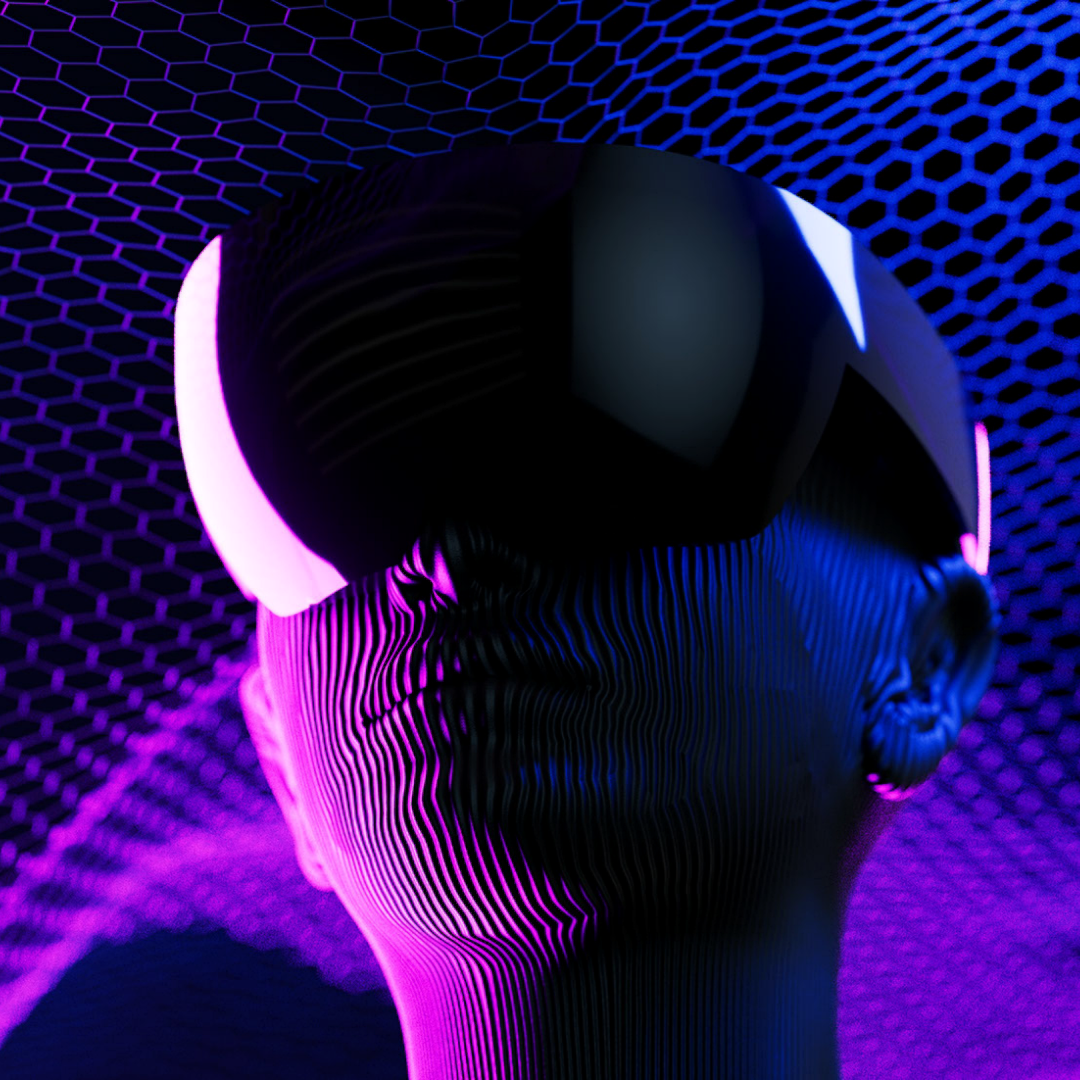 NFTs in Voice-Over: How Non-Fungible Tokens are Impacting Creative Industries