The Last of Us Voice Actors

Brought to you by Naughty Dog, the renowned developer behind games series such as Crash Bandicoot and Uncharted, The Last of Us is nothing short of a masterpiece. Released in 2013, it sold over 20 million units worldwide for PS3 and PS4 and remains one of the most popular games to this day.

The Last of Us places the player in the post-apocalyptic U.S., ravaged by the Cordyceps virus that turns humans into hostile, cannibalistic creatures. The player takes on the role of Joel, a Texan smuggler who has lived in this new world for over 20 years, doing whatever it takes to survive the infection.

During one of his illegal smuggling missions, Joel is tasked with delivering a teenage girl Ellie to the Fireflies. Being immune to the infection, Ellie might be the key to ending the nightmare that the world has become.

Learn about The Last of Us voice actors… 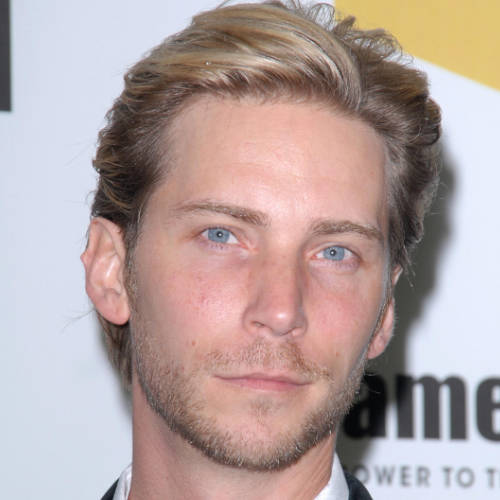 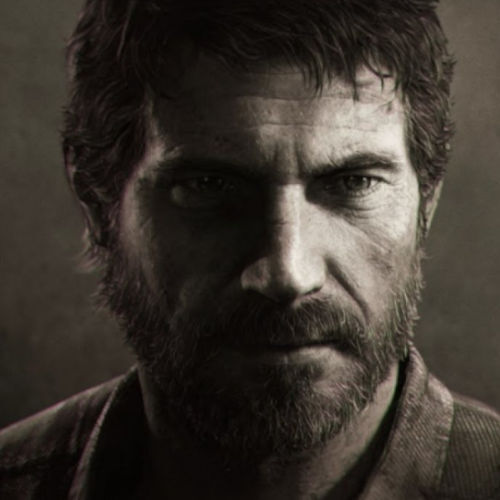 Joel is a bitter survivor of the initial infection outburst. Born and raised in Texas, he became a single father in his early 20s, just at the start of the outbreak. While attempting to flee his home with his 12-year-old Sarah, they got into a confrontation with a soldier who ended up killing the girl.

Twenty-odd years later, Joel is a black market smuggler in the Boston quarantine zone doing whatever it takes to make ends meet. His life is thrown into turmoil when he meets Ellie, who reminds him of his daughter.

No one could bring Joel to life quite like Troy Baker, the voice behind this mysterious, broody character and one of gaming’s most prolific voice actors, as well as being one of The Last of Us voice actors.

Troy’s incredible range and vocal capabilities have landed him roles such as Batman/Bruce Wayne in “Batman: The Telltale Series” and “Batman: The Enemy Within”, Samuel Drake in “Uncharted 4: A Thief’s End”, and Booker DeWitt in “BioShock Infinite”, to name but a few.

Troy won numerous awards and nominations for his incredible vocal performances and currently holds the record for the most acting nominations at the BAFTA Games Awards. 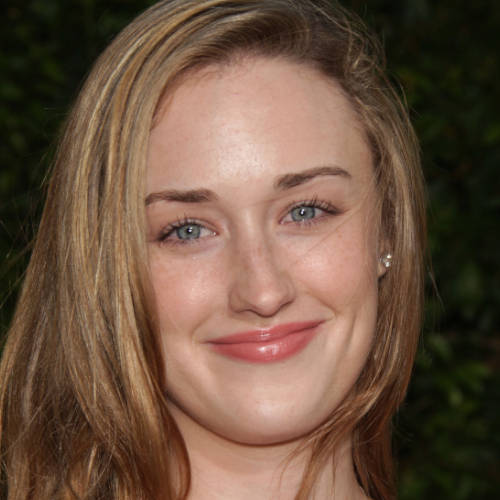 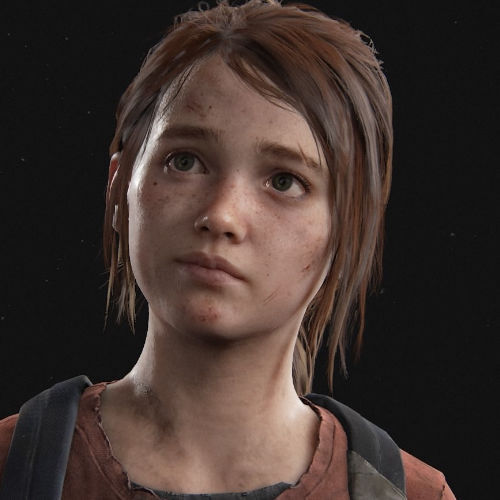 Ellie has never known life outside the totalitarian, post-apocalyptic America. Born in the middle of this nightmare, she never knew her father or mother, Anna, who died giving birth to her. She was raised in a military-run boarding school before joining the Fireflies and staying with the leader Marlene when she was 13 years old.

Ellie is the second main character and her immunity to the infection makes her vital to stopping the Cordyceps virus.

Ashley Johnson is The Last of Us voice actor behind the character of Ellie. A talented actress, she’s been in the industry since the ’90s.

She’s given voice to Terra in “Teen Titans”, Gwen Tennyson in “Ben 10”, Shiseru in “Naruto: Shippuden”, and her performance as Ellie in “The Last of U.S.” has won her two British Academy Games Award for Performer awards. 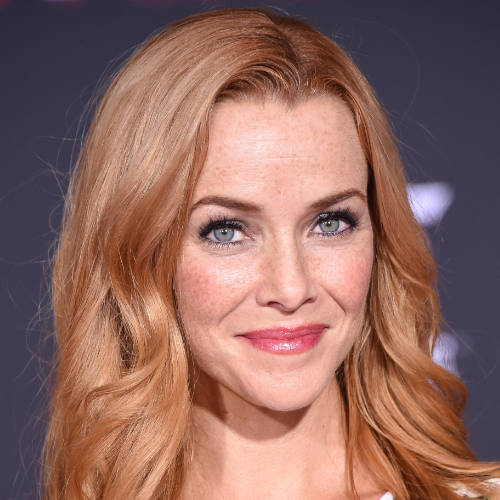 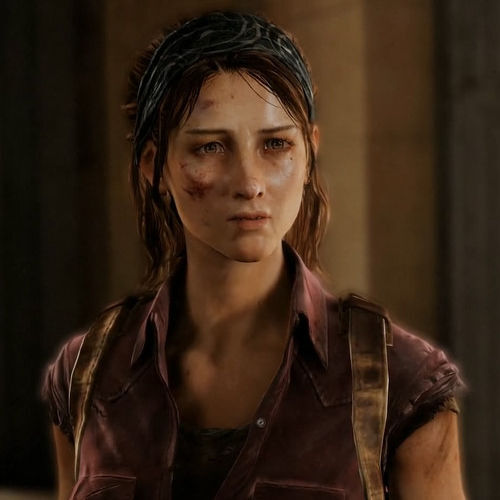 Tess is a hardened survivor in the Boston quarantine zone. Unforgiving and unrelenting, she’s Joel’s smuggling partner and the brains behind all their operations.

Although she’s only had two video game gigs, she’s proven her astonishing capabilities as a vocal actress in both “The Last of Us” as Tess and “Anthem” as Tassyn. 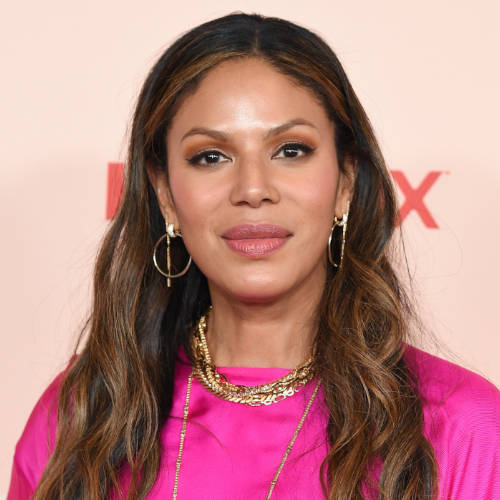 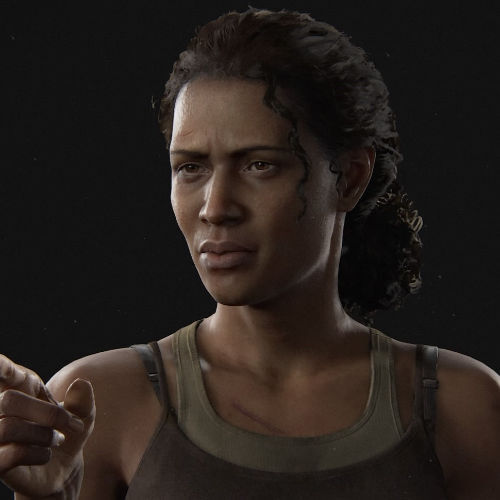 Marlene is the fearless leader of the Fireflies, spending years of her life opposing the authoritative control over the Quarantine Zones. A good friend of Anne, Marlene was made responsible for raising Ellie, but Ellie ended up in a boarding school, nonetheless.

Under her guidance, the Fireflies aim to cure the infection and restore freedom and dignity to humanity.

Marlene is played by the talented Merle Dandridge, a renowned actress and singer. She’s had appearances in countless T.V. shows, including “Criminal Minds”, “CSI: Miami”, “24”, “All My Children”, but is best known for her performances in Broadway musicals.

Besides her role as a The Last of Us voice actor, she has lent her voice to several video game characters, including Alyx Vance in the “Half-Life 2” series, Legion Commander / Winter Wyvern in “Dota 2”, Evelyn / Nun in “Uncharted 4: A Thief’s End”, and Marlene in “The Last of Us”. 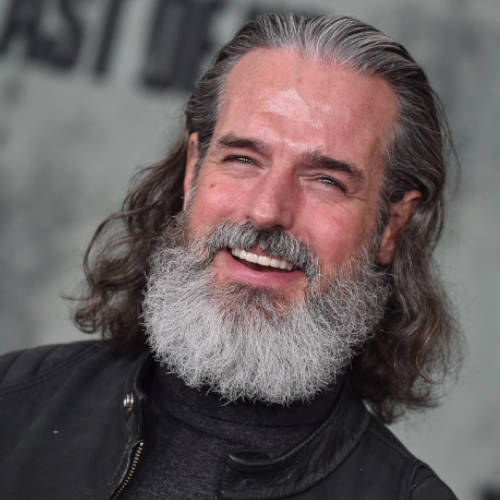 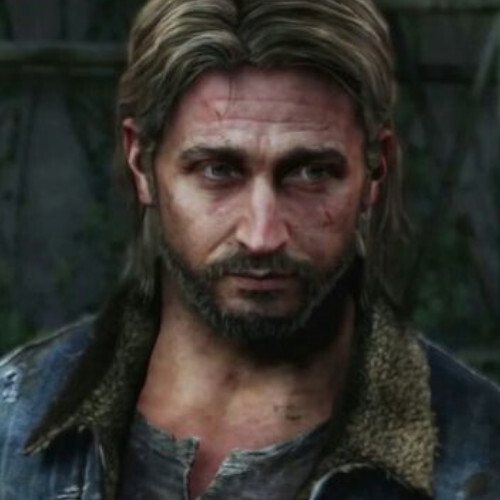 Tommy is a former Firefly and Joel’s brother. He helped Joel and Sarah escape from Texas at the outbreak of the infection, taking them to safety despite being badly injured.

After Sarah’s death, Joel and Tommy stuck together for a while, but Tommy wanted a more meaningful life, leading him to join the Fireflies. Eventually leaving the Fireflies, as well, Tommy settled with his wife, Maria, in Wyoming.

Jeffrey Pierce is The Last of Us voice actor behind Tommy. He spent the first couple of years of his career touring the U.S. with the American Shakespeare Company, then settled in New York before moving to California.

He’s starred in several films and television series but is best known for his voice acting skills. Some of his works include Jason Bourne/David Webb in “The Bourne Conspiracy”, DEVGRU AFO Neptune/Codename: Mother in “Medal of Honor”, and Tommy in “The Last of Us”. 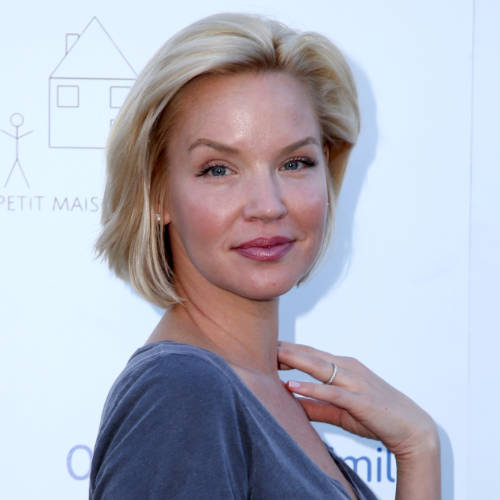 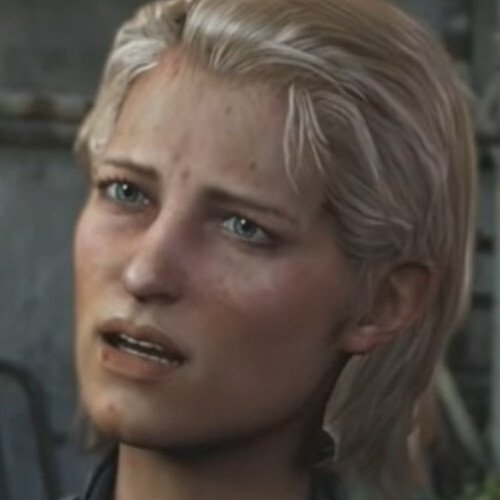 Maria is Tommy’s wife and Joel’s sister-in-law. At the outbreak of the infection, she and her father established a settlement in Wyoming by the hydroelectric power plant. Meeting Tommy after he left the Fireflies, the two fell in love and got married.

Actress and model Ashley Scott provided Maria’s voice and motion capture in “The Last of Us”. Her acting career started with the role of Gigolo Jane in “A.I. Artificial Intelligence”, and she’s since appeared in “Into the Blue”, “UnREAL”, “Secret Obsession”, and “The Flash”, among other films and T.V. shows. 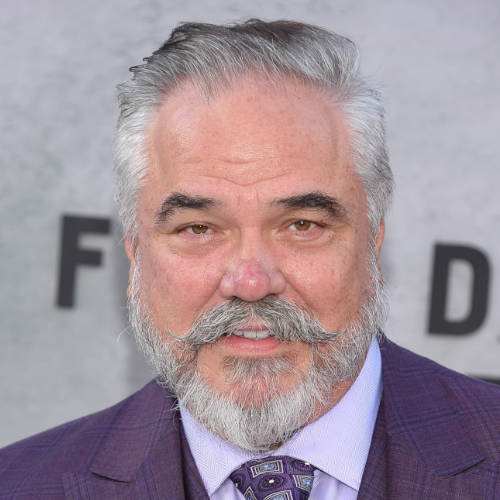 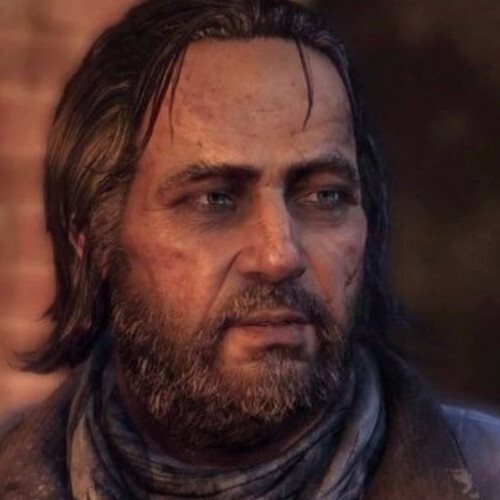 Bill is a bitter, aggressive survivor of the infection and an old friend of Joel and Tess. Living in fear and paranoia, he remains alone in a heavily fortified settlement that’s laden with booby traps that keep the infected away.

Bill is voiced by W. Earl Brown, a famous actor/voice actor, musician, producer, screenwriter, and songwriter. The multi-talent is best known for his performances as Kenny in “Scream”, Warren in “There’s Something About Mary”, and Dan Dority in “Deadwood”. 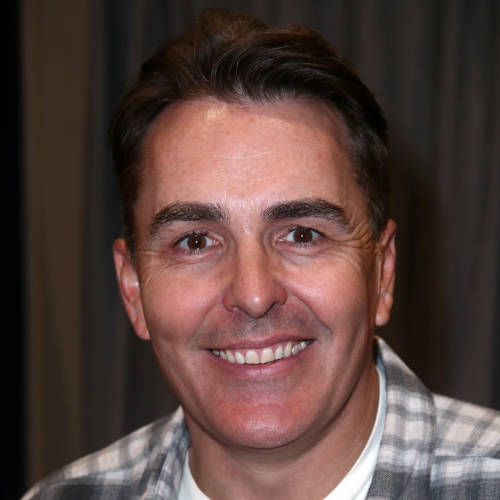 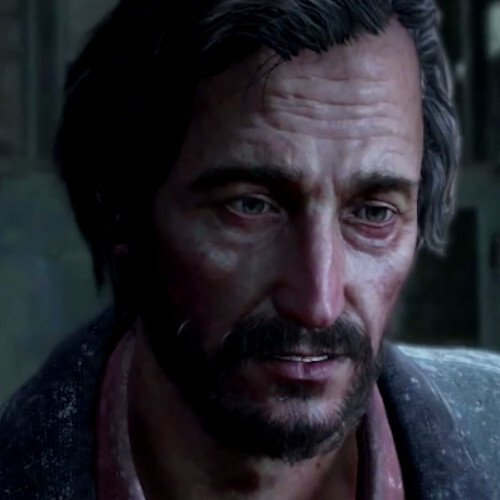 David is the leader of a group of cannibals that attack Ellie at the Lakeside resort during the winter of 2033. He’s manipulative, dangerous, and aggressive, yet exceptionally charming at first glance. After attempting to get Ellie to join his group failed, he attacks her, leaving her no choice but to kill him. Ellie slaughtered David with a machete which left her highly traumatized.

Nolan North was chosen as The Last of Us voice actor for David. He got into voice acting back in 2003, performing in feature films and animated shows across genres. Come of his best performances in video games include roles like Hades in “Gods of War”, Sergeant Randall in “Call of Duty 2”, Desmond Miles in “Assassin’s Creed”, The Prince in “The Prince of Persia”, and, of course, David in “The Last of Us”. 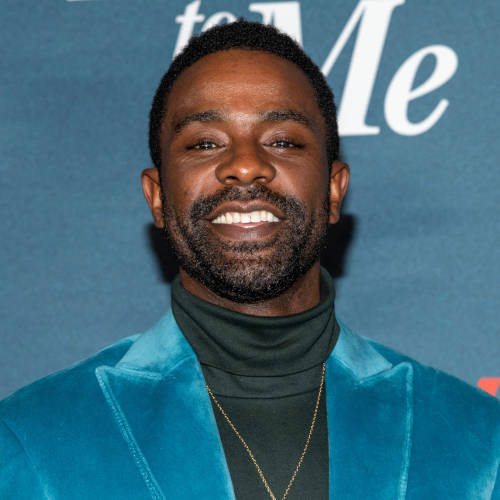 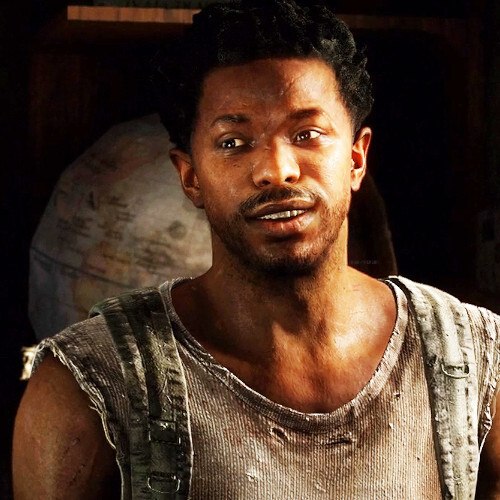 Henry is a 25-year-old survivor who helped Joel and Ellie escape from some hunters in Pittsburgh. While Joel and Henry don’t immediately see eye to eye, they quickly realize they’re on the same side.

Henry’s main goal is to keep his younger brother Sam safe and to find a place for the two of them to reunite with their group.

The Last of Us voice actor behind Henry is Brandon Scott, an actor/voice actor and producer. Throughout his career, Brandon’s made appearances in numerous films and T.V. shows, including “Walk of Shame”, “Grey’s Anatomy”, “Law & Order”, and “Bones”.

As a voice actor, he’s given life to characters like Kohut in “Wreck-It Ralph”, Jameson in “Uncharted 4: A Thief’s End”, Harlem Hellfighter and narrator in “Battlefield 1”, and Henry in “The Last of Us”. 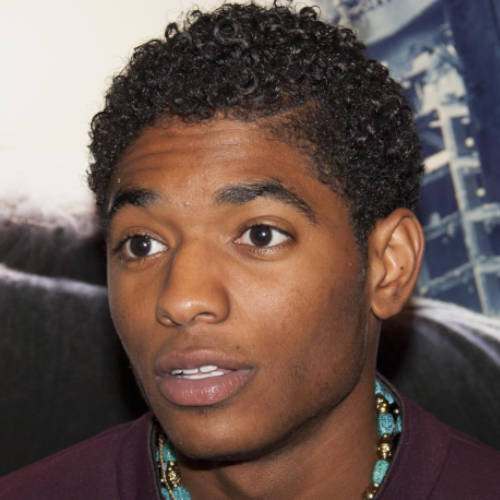 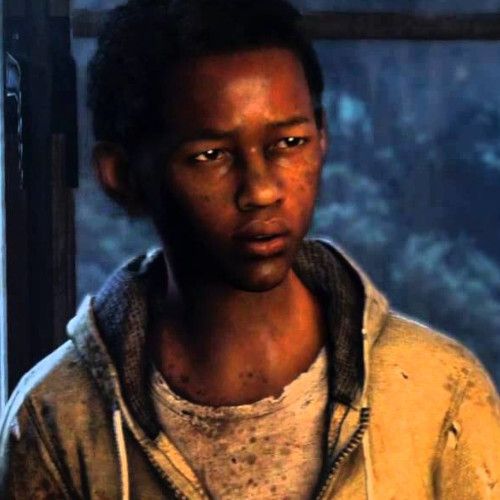 Sam is the younger brother of Henry. Just 13 years old, he’s never known life outside the infection, and he’s terrified of what might happen to him if he becomes infected. His brother Henry believed that they need to get to the Fireflies to ensure their safety.

Nadji Jeter is the voice of Sam in “The Last of Us”. While he’s best known for this role, he’s also given voice to Miles Morales in “Marvel’s Spider-Man”, “Marvel Ultimate Alliance 3: The Black Order”, and “Marvel’s Spider-Man: Miles Morales”. Additionally, he has live-action credits in “Grown Ups”, “Grown Ups 2”, “Grey’s Anatomy”, and “Last Man Standing”, among other films and shows.