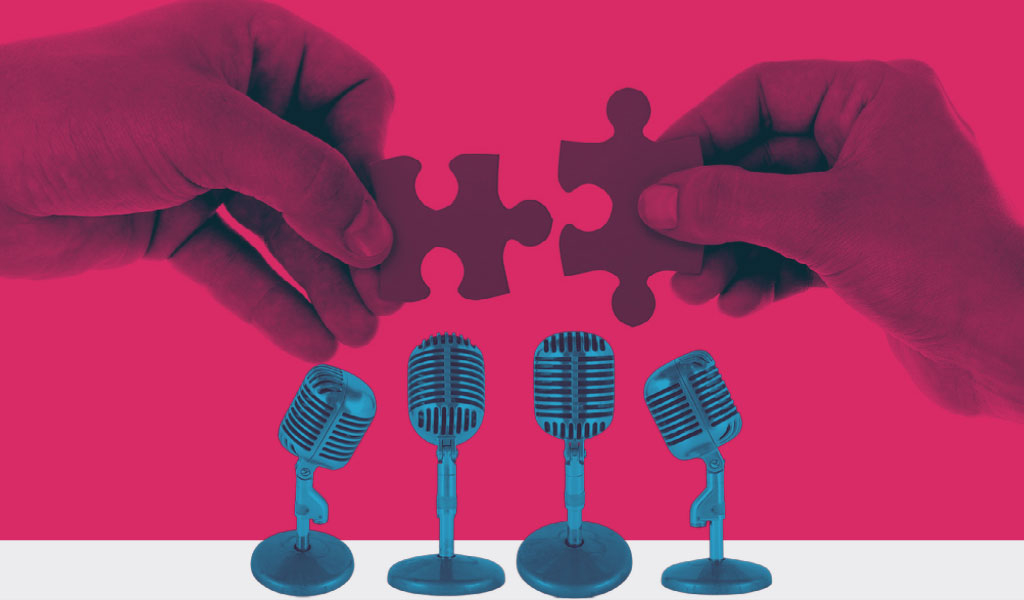 Whether you are considering joining Voquent for the first time or want a reminder of how it works, this article is for you.

Every day, Voquent produces a LOT of voice-overs.

There are three fundamental reasons for this:

2. Voquent tracks over 1,750+ different language variations. It is the most extensive online catalogue of AUTHENTIC dialects and accents.

3. Voquent offers the most potent voice over search functionality on the planet. 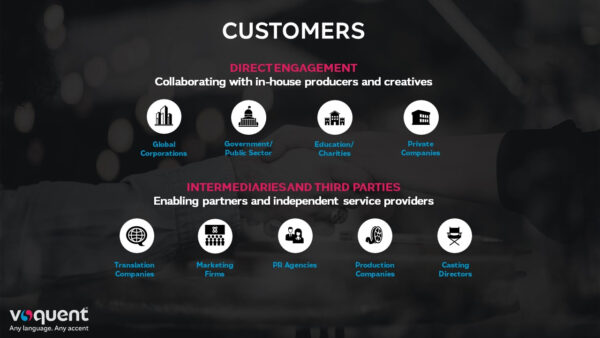 Voquent’s clients range from the largest companies and government institutions; to global marketing firms, casting directors, translation and localization businesses. We also work with many independent producers and agencies.

Some of these projects are significant, involving hundreds of contacts for a single project. They often include other services like translations, subtitling, and audio descriptions in a large number of languages. Others are more straightforward voice-over recordings that involve casting and audio editing.

In all cases, Voquent manages these productions from start to finish, ensuring that every aspect is delivered on time and meets the highest possible quality standards.

There are 19 reasons why clients frequently return to Voquent. Voquent has rapidly established a leading presence in the voice-over industry through our attention to detail and dedication to excellence.

How do voice actors obtain work through Voquent?

There are essentially four different means that voice actors gain work via the platform:

Then they enquire with us about costs and availability. They may also have additional production requirements—audio editing, mixing and mastering, translation, subtitling, etc. The critical thing is, they have made a noticeable and distinct decision about the vocal sound they like and, in some cases, have selected a specific talent they want. To increase the voice actor’s chances of being cast this way, they must optimize their profile. Naturally, if a voice actor doesn’t have relevant, up-to-date versions of their work on the site, they are much less likely to be found.

TWO – A client asks Voquent to recommend voices for their project

Voquent has thousands of regular clients who rely on our producers to help them with casting. Of course, our recommendations only go so far. We could put ten masterful voice actors forward for a role, and there’s never a guarantee that any of them will get picked. Sometimes those clients want to work with the same voice actors they worked with before regularly. In other cases, they seek variety and uniqueness.

THREE – A client adds Voice Actors to a shortlist

The client has narrowed their interest to what is likely just a handful of actors and rarely more than 8-10. They may prepare a shortlist from the Voquent website before they’ve even contacted us. We’ll collect more information about the project and reach out to every voice actor to check availability. At this stage, the client’s priority is often timescales. But it may also come down to budget (every voice actor in the world has their rate standards). Or they may need a more versatile voice actor who can work under live direction or who has a home studio with Source Connect. Any of these criteria can influence the final selection.

Voquent runs casting services for major projects, covering everything from dubbing in major Hollywood films, lead roles in video games and animations and commercials for top brands for a vast range of mediums. Some jobs may only be worth a few hundred dollars; others may be worth tens of thousands of dollars, or six figures.

From time to time, Voquent also posts casting calls on its public social channels, often for particular and unusual roles, which is why it’s worth following Voquent’s Twitter, Facebook, Instagram and LinkedIn accounts.

The critical thing to remember is that the higher paying auditions are almost entirely limited to Voquent and a range of smaller, exclusive agencies. In other words, these jobs are not posted frequently on passive voice-over job platforms such as Pay-to-Play (P2P) sites. An experienced, independent voice actor who is neither on Voquent or “represented” by an exclusive agency is unlikely to be included on a casting call. It’s rare to get a foot in the door for these roles through any other means, primarily because there are still many casting directors that will only deal with a selection of agents. Giving them some assurance that the talent represented are of a professional standard; they simply won’t have time to evaluate hundreds or even thousands of inappropriate or poorly performed auditions.

Related: Do I Need An Agent For Voice Over Work?

All Voice Actors on Voquent are vetted and approved before being made available for casting. Voquent gives clients a lot more choice than the exclusive agents and simplifies the selection process. Voice Actors with no agent also get a look in on opportunities typically reserved only to the exclusively represented voices, somewhat equalling the playing field.

Voquent’s success rate with these jobs is outstanding. Voquent talent secure as many as 50% of these jobs whilst competing against the best agency represented talent worldwide. Often the agency fees are set at 20% no matter who wins the job and there are cases where Voquent does not even pay the voice actor directly. For instance, a SAG AFTRA Paymaster may also pay for NON-SAG talent (but only after submitting the Taft Harley form).

Voquent offers a technology-driven web platform that is entirely free for voice actors to create a profile. Every day, many professional voice actors get cast for jobs purely based on the demos they uploaded. Equally, customers gain significantly greater value than websites with passive talent rosters because Voquent also provides a significant range of post-production services such as translation, accessibility, mixing and mastering, and video encoding.

So unlike so many of the oversubscribed freelance posting-board websites, when Voquent contacts voice actors with audition opportunities, they have a real and legitimate chance to win that job.

There are tens of thousands of voice actors registered on Voquent, many with outstanding resumes and prestigious awards. Their demos prove they are some of the best in the business. Once in a while, though, voice actors contact us to understand what proactive efforts they can make to get more jobs from Voquent. Outside of optimizing their profile and ensuring that all of their latest and greatest audio samples are uploaded, there may be little else to do but wait. There’s no denying this.

With the pandemic driving more actors than ever into home working, the balance of supply and demand in the voice-over industry has never been more biased to clients. For instance, in the most commonly spoken languages and accents, as many as 5,000 or even 10,000 voice actors may be available for those jobs on offer throughout the world – prospective clients have never had so much choice.

There is also a common and unfortunate misconception that exclusive talent agents are inundated with jobs for their small, carefully selected rosters. Even the most prestigious and renowned talent agents will often produce little more than a handful of jobs for their voice actors in a given year, and that often includes very established actors and celebrities. The highest-paid voice-over jobs is spread very thinly amongst the top agencies.

Fairness is fundamental to Voquent, which is why the website intentionally randomizes demos’ search results that meet the essential criteria identified by voice seekers. Voice actors who’ve only uploaded the popular neutral sounding and classic broadcast accents in their demo samples, such as standard American or British RP, face stiff competition. Those demos are among many similarly labelled audio clips from other voice actors shown on the first page of a broad search. The platform intentionally doesn’t give preference to the most experienced and talented voice actors nor enables any voice actors to pay a fee to gain a preferential position, earlier visibility, or greater exposure. This approach would only benefit a small proportion of the more successful, leading talents.

Of the four different sources of opportunity we’ve identified, no single method is more important, relevant or lucrative than another.

Because registering on Voquent is free for voice actors, they have nothing to lose and everything to gain by registering and adding professionally recorded demo samples of their work. If you are one of those voice actors, the next big TV commercial that Voquent casts could be yours to voice.

Always keep in mind that the purpose of Voquent is to give clients outstanding audio and video services, aided by enabling access to a vast pool of experienced voice talent that is unrivalled anywhere else in the world. Voquent is not a freelance portal that promotes or offers passive access to a bargain-basement range of cheap, inexperienced or underpaid talent. Clients who contact Voquent seek quality work prepared by experienced producers and audio engineers and delivered rapidly.

Voquent never guarantees the voice actors registered will gain enough work for it to become a single source of income. That said, catching a break or even getting picked just once a year for an important job can still be life-changing for any voice actor. A voice actor joining Voquent is opening the door to exciting opportunities like these by merely creating a profile and uploading their work demos.

Every professional has the same opportunity. That’s ultimately what makes the Voquent platform so compelling and the Voquent community so unique.