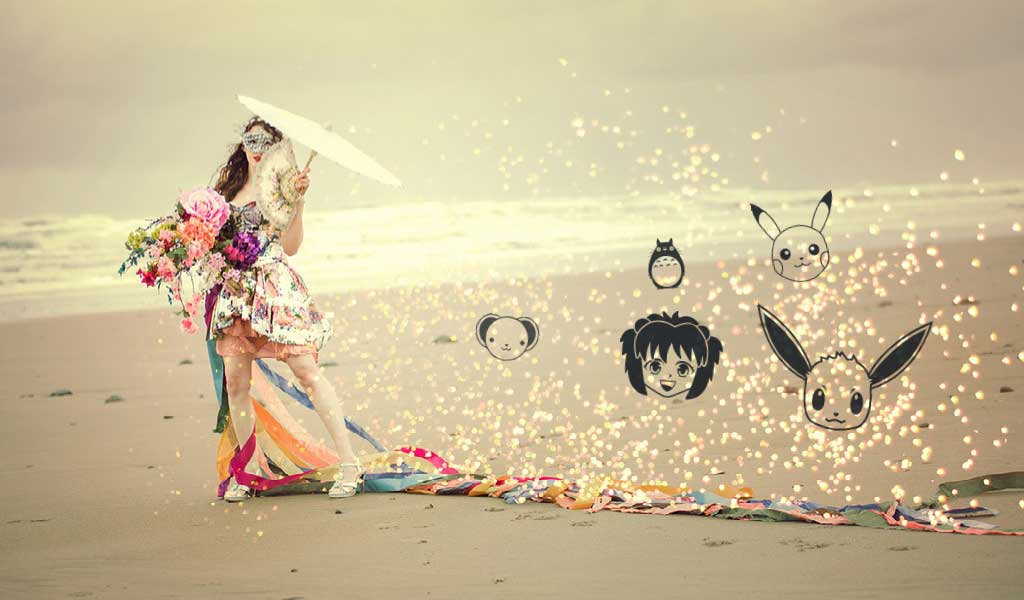 If you watch anime, you may have heard the terms “subbed” and “dubbed” and wondered what does it all mean? Good question! Let me explain.

One of the most raging arguments among anime fandoms is one question. A dispute that can split communities and drive people apart. A single, monumental decision…

But before you decide where you fall on this legendary debate, you will need to know the basics. Lesson one, what does dubbed mean in anime? Well, by the end of this article, you will know precisely what it means, and then you can join the ranks of subs or dubs.

Well, I guess that is obvious. But it’s an essential piece of the puzzle to figuring out the answer to the question of “what does dubbed mean in anime?”

Anime is an animation style that is native to Japan. Therefore, anime is (usually) voiced initially in Japanese, which is the main territory that most anime will be released. However, since the 1980s, anime has become exceedingly popular in the Western world, calling for localisation, referred to as sub or dub.

Unless you speak the language, the Japanese voice acting will likely not make sense without assistance. These aids can either be visual or audible, where sub or dub discussion comes into question.

Sub: A sub is simple; it stands for “subtitling”. This type of content localisation uses subtitles to translate what is being said by characters in their native language – most likely Japanese. The audio of the anime is not changed in a sub; the translations are subtitled and burned into the video content, leaving the rest intact.

Dub: A dub is slightly more complicated, requiring a more involved process than its subtitled competition. Rather than only translating voice-over into written form, this must then be reworked into another language, most commonly English. The studio then removes the original voice-over in favour of the new dub.

These terms may not seem particularly offensive. However, some people take their anime preferences very seriously, to the point where they will fight online with vigour. 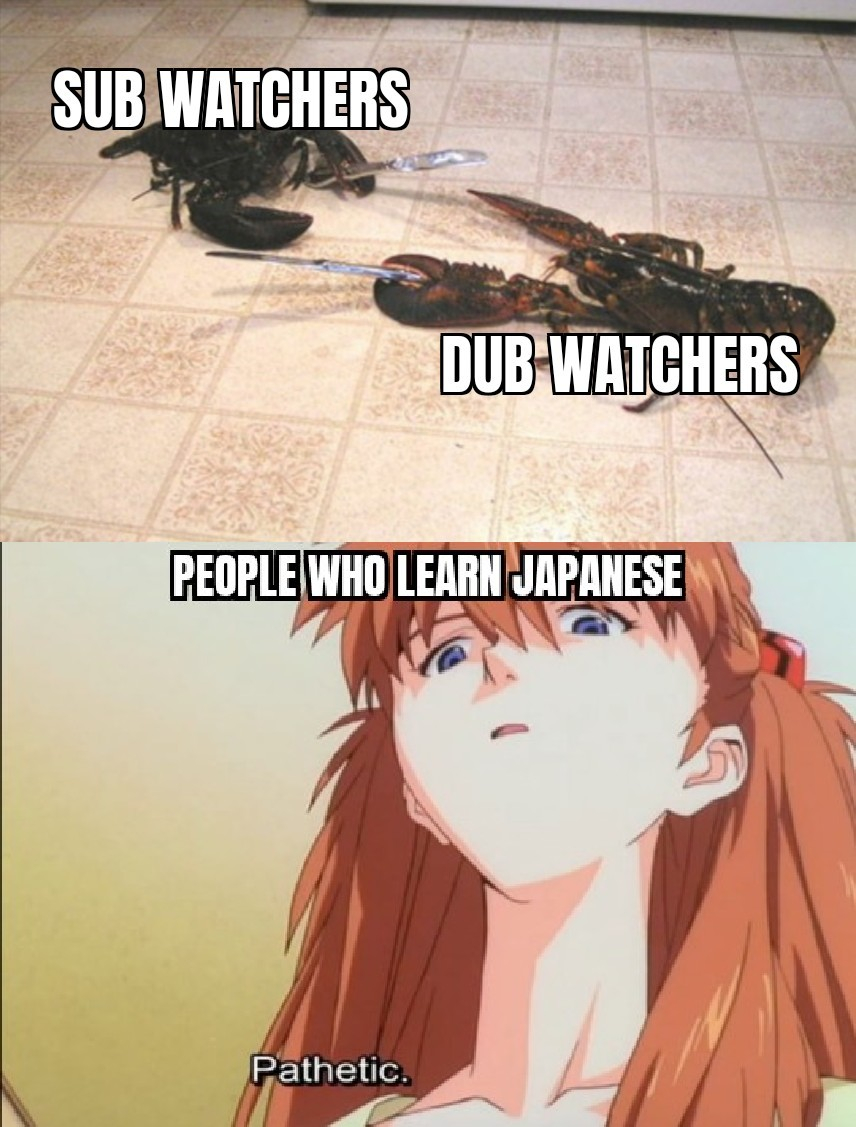 Regardless of what you like more; whether looking at an anime’s sub or dub, there is undoubtedly a great deal of work behind the localisation efforts. So let’s explore them in greater detail.

The process of changing languages is by no means simple, and it is instrumental to the question of “what does dubbing mean in anime?”

Both subs and dubs require timing considerations; what the viewers see and hear matches what is happening on-screen. However, the difficulties that dubbing encounters are multifaceted and much more complicated than its subtitling.

When dubbing for anime, the speaker must align their speech to the motion of the characters’ mouths. This can require precisely tailored edits to the script to ensure that the English words are correctly timed.

Similar to Automated Dialogue Replacement (ADR) which is an industry-standard in Hollywood. Dubbing can be tricky for the uninitiated. An experienced performer may understand how to speed up or slow down their speech to match the original Japanese motions. However, an amateur may struggle with this concept, so it’s best to go with a professional voice actor to avoid growing pains when dubbing content.

So now we know what they are, it’s time to figure out which is right for you! Arguments in the fanbase of anime can be intense. Many “purists” believe capturing the original artistic vision through subtitled anime is vital with the original audio intact as it forces viewers to pay close attention to what is being said, hanging on each word with concentration.

Although, some people have difficulty juggling reading subtitles and focusing on what is happening on-screen. Anime may seem inaccessible or uninteresting to audiences like this. Not to mention sometimes it’s nice to relax without excessive concentration.

Benefits of a Dub

While still considered the black sheep, there are tangible benefits that come along with dubbing in anime. A poor translation of Japanese dialogue to another language can be… Awkward.

Although that is only when it isn’t up to a professional standard, a quality dub can elevate the standing of an anime and augment its reach to new audiences.

The necessity for dialogue to be rewritten to fit a new language in spoken voice acting can improve the experience. Provided the new dialogue fits the lip-sync of the original, amazingly creative content can be created thanks to dubbing.

The best cases of a successful anime dub come from the instances where studios gave the cast enough freedom to rework characters. Character portrayals can vary from language to language, as new voice actors lend their sound to craft a signature spin.

The authenticity of these interpretations can even become the preferred version of the show, like with Steve Blum’s version of Spike Spiegel in Cowboy Bebop.

There is no awkwardness to be found in this dialogue. The character and writing have been wholly reinvented to match the dubbed version. It is kind of like getting a different show – so you can watch and enjoy it twice!

At the end of the day, it’s all about preference. If you love subtitled anime, that’s great! If you would instead relax and watch an anime with localised voice acting, superb! You might even mix and match depending on the show (like I do)

Furthermore, we cannot ignore the importance of accessibility. There are sincere benefits to subtitling services in media for those with hearing difficulties. Similarly, people with some degree of visual impairments would be unable to enjoy anime without dubbed content. So, we must frame this discussion with fairness in mind.

People tend to exaggerate online; let’s all enjoy what we like.

So, what does dubbed mean in anime?

Dubbing is an artform! There is a lot of hard work put into every sentence that you hear in your own language, in anime. A dubbed anime is just an extra way to enjoy a show. Even though it changes some elements of the original language, it is usually for the better. After all, languages don’t always translate perfectly.

Hopefully, you are able to walk away from this knowing a little bit more about anime dubbing and why it may not always work out. Inexperienced voice actors or translators can be easily overwhelmed by the anime dubbing process. If you are in doubt, you might benefit from contacting a professional voice actor studio to give you a few pointers.

Or risk the fury of anime fans. Your choice.

What do you think? Are you team sub or dub? Join the conversation on Twitter >