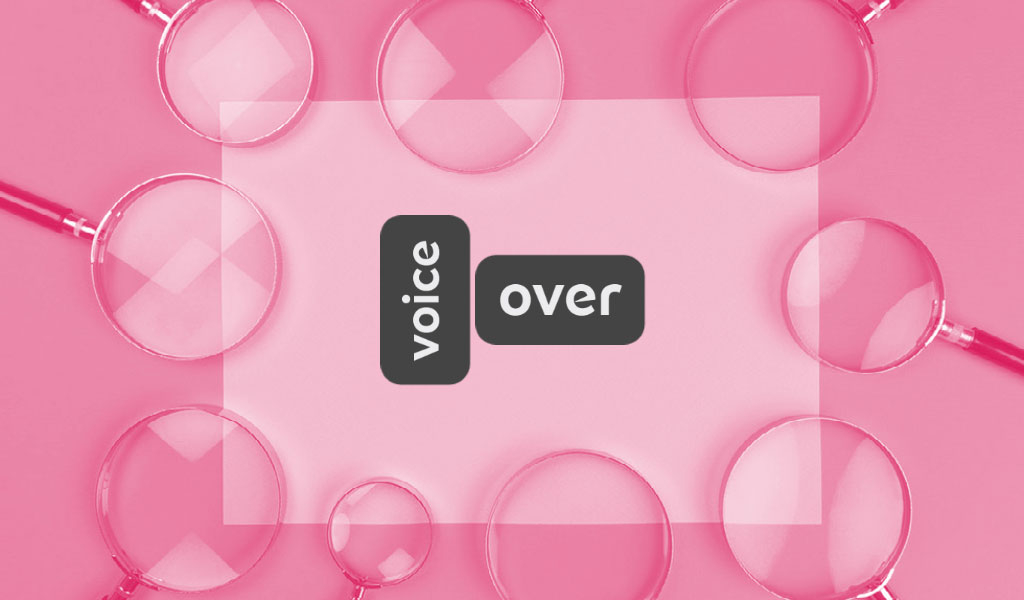 Voice-over, voiceover, or voice over?

The spelling of voice-over is the subject of frequent debate and is canonical for anyone in the industry.

Whether you are creating a website for your voice-over business, writing a book or blog concerning the industry, or reviewing contracts, everyday people will have to ask themselves which spelling is the right one?

Equally important is the definition of voice-over itself. What does it mean? And what is the difference between a voice-over talent and a voice actor? Is there one?

We answer all these questions and more. Onward!

At Voquent, we opted for spelling voice-over with a hyphen separating voice and over. Why? The Cambridge English dictionary uses this spelling, and the 100+-year-old Oxford English Dictionary added voice-over and voice-overed to its word list in 2008. Stateside, the San Francisco giant, Grammarly, Inc., also adopts voice-over by default. We argue the case for this spelling, in the next section. Rebecca Forstadt grudgingly agrees:

VA has always meant virtual assistant to me. Voiceover to hash tag, voice-over when Grammerly makes me do it, and voice over or actor because it gets more hits on Google

Voiceover spelt as a single word is an adverb; voice-over is a noun. Many will argue ‘voiceover’ is correct, and it’s true that anyone working in the industry will comprehend the meaning just the same. Still, the grammatically accurate synonym for ‘voiceover’ would be something like ‘dub’ or even the more technical ‘ADR’, not ‘voice-over’. You can’t argue with Heath Martin’s logic though:

of the 3 given, I prefer #voiceover because it’s easy to hash tag. I PREFER Voice Actor to all of them. 😉

However, most writers don’t use voiceover as an adverb, and it sounds a bit weird to do so. It is thus dangerous defiance of the grammar gods. Bravely proceed at your peril.

Many write voice-over as two separate words. Everyone in the industry will understand the meaning, but it technically makes incorrectly constructed sentences, particularly if the words are not capitalized. In most cases, the spelling voice-over is more appropriate.

Voice over – just seems the most simple

Arguing the case for ‘voice-over.’ 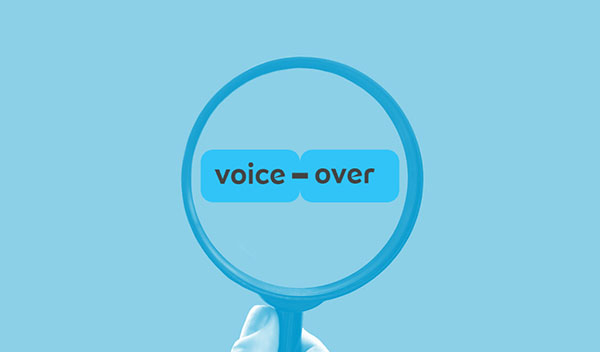 There are, of course, genuine grammatical reasons to choose ‘voice-over’ instead of ‘voice over’ or ‘voiceover’ but Sean Pratt makes an excellent point:

Whilst I can’t disagree with Sean, we do still have to frequently write about it!

As mentioned earlier, using ‘voiceover’ to describe voice-over work isn’t grammatically correct because ‘voiceover’ is an adverb, and you can’t strictly use adverbs with prepositions. ‘I have to voiceover a voice-over’ is a technically correct yet nonsensical sentence.

An example to illustrate the point further is the difference between ‘any time’ and ‘anytime’.

In the sentence, ‘do you have any time?’ you can’t replace ‘any time’ with ‘anytime’ because ‘anytime’ can mean ‘whenever’. In that example, the sentence would read ‘do you have whenever?’ which makes no sense from a strictly grammatical standpoint.

Similarly, for ‘voice over’ instead of ‘voice-over’ – the former is less grammatically correct regarding how we use the term in the industry.

‘Voice-over’ is generally more accurate than ‘voice over’ because a hyphen employs the compound modifier effect in the English language— to describe two words that can function together as one unit of meaning.

So, using ‘voice over’ in specific contexts makes sense. Generally, when people use the term ‘voice over’, it is an abstract concept – they mean voice-over – rather than the action of voicing over something (i.e. voice over something).

Paul Bartomioli asks the question every voice-over marketer is thinking:

Is voice over better than voice-over for SEO?

We don’t believe so. We’ve researched this extensively and there is very little difference between using voice over and voice-over as a keyword in your content. The SERPs essentially see them as the same keyword.

TL: DR We’re in the voice-over industry, not the voice over industry. Use ‘voice-over’ to refer to the abstract concept/industry, e.g. ‘he recorded a video voice-over’ and ‘voice over X (where X is an object or medium), e.g. ‘he recorded his voice over a video‘. Voiceover as a single word is an adverb, and frequently it is misused in sentences best served by voice-over. However #voiceover IS completely acceptable in your social posts because you can’t include the hyphen.

The definition of voice-over 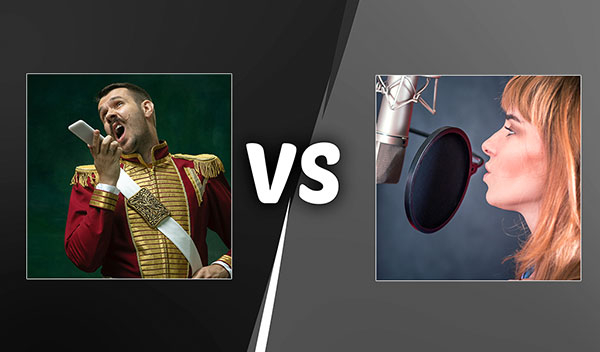 A voice-over talent (or voice artist) may share some performance attributes with voice actors, but voice-over work does not often require the same emotional investment from the performer. Voice-over does not necessarily seek empathy or antipathy from listeners; it must capture and captivate audiences to deliver a distilled message.

Would you consider David Attenborough to be acting when he provides his documentary narration? Yes and no. There is no doubt that Attenborough arouses feelings of compassion (or alarm) with viewers of his award-winning documentary. His voice-over is the masterful performance of an experienced presenter, and his natural delivery serves to provide vital information.

Attenborough’s performance, therefore, requires some acting ability, but it’s limited. He does not require a great deal of vocal dexterity or versatility.

In contrast, a voice actor will adopt all tones to portray their many voice roles, including angry, comedic, conversational, enticing, playful, sad, or unorthodox. A voice-over talent capable of all 12 tones is considered an adaptable and multi-skilled performer.

Whilst voice-over talent and voice actors skills overlap, recognizing the difference is essential to securing the best voice to meet the project’s goals.

A voice actor will traditionally train as an actor first, whereas a voice-over talent may enter the industry via public speaking or broadcasting (like Attenborough).

Voice-over is always related more to commercial, educational, and informative purposes. In comparison, voice acting aims to entertain and create believable stories that evoke genuine feelings in viewers. Thus a voice actor is best suited to perform a character bursting with energy in a story-driven piece. A voice-over talent is perfect for an IVR system to direct telephone banking customers.

Do you agree with our preferred definitions and spellings? Join the conversation on Twitter to let us know.