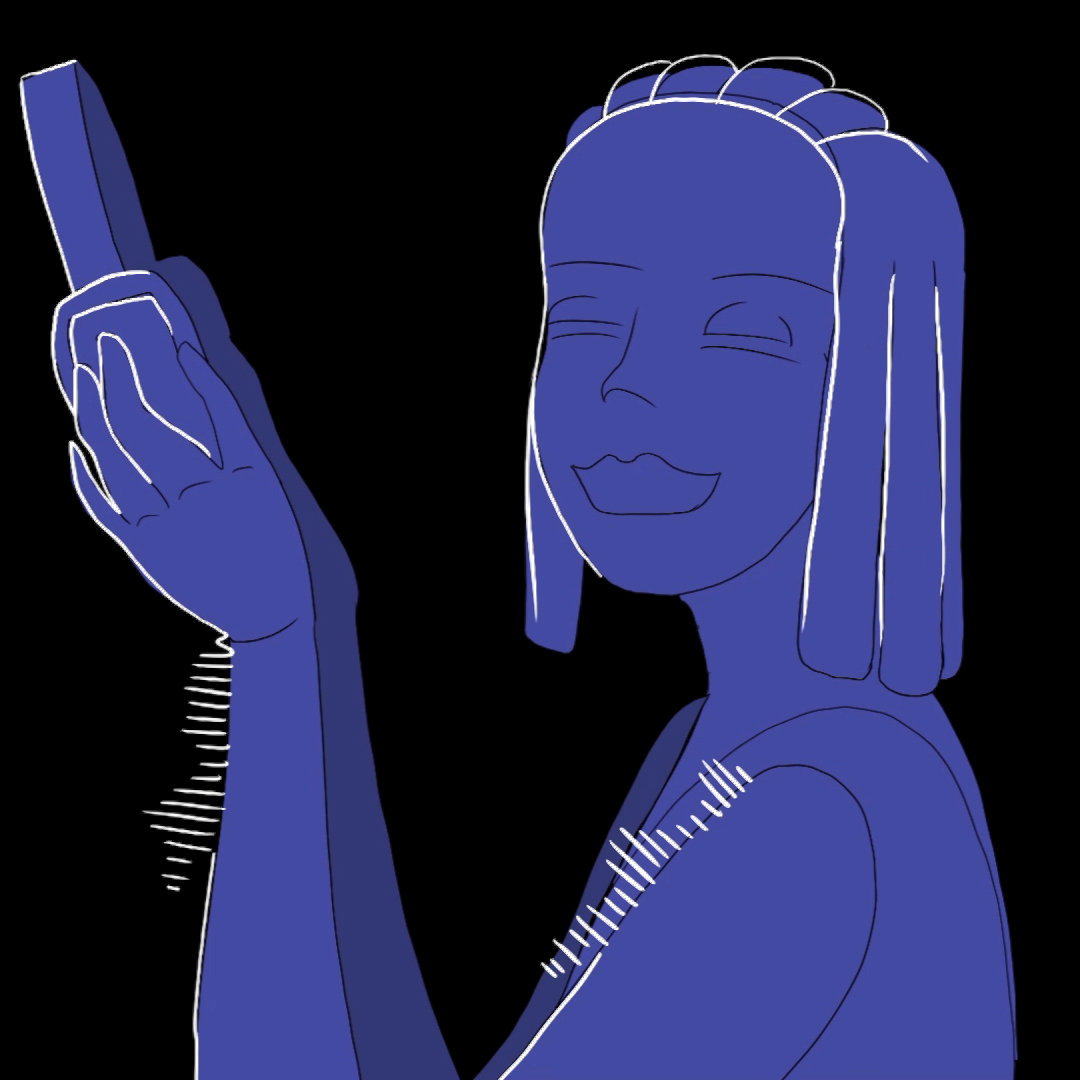 Creating this animation was a lot of fun!

Collaborative in the truest sense of the word.

Everyone involved brought something uniquely of themselves, and helped to shape an animation that is now very close to our hearts.

So let’s take a peek behind the scenes as we sit down and speak with Al, Huwa, animator AllinAll and Alex about the concept and creation.

And if you haven’t seen the animation already, here it is.

Q: Al, what inspired you to create the original ‘Ode to the Voices’ poem?

Al: The Voquent.com site launch was looming, and I wanted a video for our social channels that showed our passion for the voice acting industry and our appreciation for the art. The difficulty was that I had no marketing budget! I wrote the first video and created it very cheaply using an Envato After Effects template.

It turned out ok, and definitely helped to give the industry a sense of what we stood for, but the fact it didn’t have a voice-over always bothered me.

Q: Why did you decide now was the right time to reimagine it?

Al: So, 2020 came and went. It was an unbelievably hard year for many. Both Miles and I wanted to create something with a message of hope for 2021 and beyond. Something our community of voice actors could rally behind. To demonstrate, whoever and wherever they are – that they are appreciated. That their work matters a great deal to everyone.

I’ve been a big fan of Huwa’s spoken word content since she joined Voquent, so I was delighted when she agreed to rewrite my original script and to narrate it. I spent a couple of days stewing over the music choice before landing on Fortitude’ by Lance Conrad on Storyblocks. The soft key-strokes and gradual build-up of the piano and strings lifted my spirits, and Huwa was confident it would work.

Over Christmas, Huwa rewrote the script entirely, and in the New Year, you stepped in to help refine the writing further and direct Huwa’s performance.

Q: You had initially intended to put the audio to still images, is that right?

Al: Yikes, I had! When I heard Huwa’s performance though I knew it had to be animated. I scoured the web and talked to many different animators, but it wasn’t until I came across AllinAll’s work on YouTube that I got that spine-tingling feeling – I had found the one. I feel so privileged to have worked with such a talented group of people.

Q: Huwa, your narration is enchanting. What first attracted you to the spoken word?

Huwa: Quite the story really; I started learning spoken word while studying Chemical Engineering at university. Engineering is something I love but it always felt a little distant from me. I wanted to create things that connected more to people. One day I came across a poet performing on stage during the intermission of a play. His performance was outstanding and the audience seemed to agree. That’s when I knew that spoken word was for me. 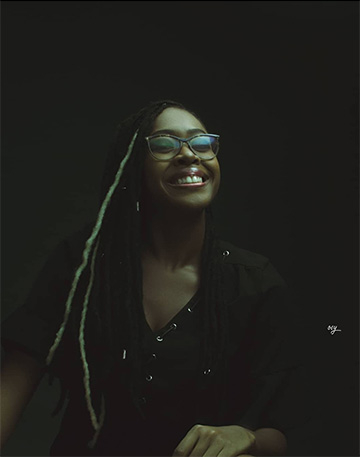 Huwa was one of Voquent’s Top Voice Actors of 2020.

Q: You did a fantastic job of taking Al’s poem, improving on it and bringing it to life. What was your process?

Huwa: To be honest it felt like I really did take the first version that Al wrote back in 2018 and just made it a bit more upbeat! (laughs). First, I felt we needed to change the music into something that would capture people and keep them there until the end.

Al had already given me some pointers about what words he wanted to present and his overall vision. Next, I had to write down significant roles and characters that regular people and voice actors would be used to. Audiobook narrators, animated characters, heroes and villains. I knew I wanted to give each line a sort of role to play by calling out to all voice actors in every industry – education, narration, commercials and many more. As much as possible in a short 1+ minute piece.

The last part was tying it back to Voquent because I mean, that’s the point. The last line is of some significance to me. When I started out my career as a voice actor, Voquent was the first international agency that accepted me as one of their talents and I was pretty worried because I was an entire continent away! It had been a struggle as a Nigerian VO talent to find a home, but Voquent took me on. That’s what makes the last line, “…no matter where you’re from. Captivate the world with Voquent.com” very powerful, at least to me.

I thought other voice actors might appreciate the message that they are welcome here.

Q: Alex, you helped with editing and refining the final script and directing Huwa’s performance. Tell us more about that.

Alex: On the first draft of the script, the words didn’t quite have the rhythm to them that we ended up with. Huwa has a great voice and making sure we had a script that did it justice was really the first thing to sort out, before doing any of the editing or mixing.

Once we had the script flowing nicely with the right meter and rhyme scheme in place, it was a case of giving it to Huwa to work her magic with. We had a brief call to discuss things, but she managed to do it perfect justice without me hovering over her shoulder like a spectre!

Q: What was involved in editing and mixing the voice-over with the music track?

Alex: The first thing to do on this was the same for us as it is for every other voice-over project we do – editing the recording. Huwa generously provided several takes and multiple reads, so I went through them all and lined them up, then selected the best take of each line. The final audio isn’t one consecutive read – it’s a mix of lots of different takes.

Then it was a case of thoroughly cleaning up the VO, removing any pops and click and breath noises, as well as doing some de-noising.

Then came the edit of the music track. All I had was a stereo track – not the stems of each instrument. With just the mixed music track it can often be slightly harder to make it loop. However, I noticed the script had three distinct sections or ‘acts’ if you like, and the music had a fairly distinct ‘epic’ bit in the middle. Cutting the music into bits and placing each section where it was needed was relatively straightforward

Luckily for me, we did the audio track before we got any animation done – very often with these sorts of projects the VO and music are right at the end. It made my job selecting takes and editing the music much easier knowing that the animator would be syncing the animation to my mix.

After we got the animation back, it was a case of adding a few choice sound effects mixing the audio again to ensure it was a decent level, and then sending it over to Al to encode out!

Q: AllinAll, your animation is wonderful. What attracted you to working with us on this project?

AllinAll: It’s that very first email I got from Al. Beautifully professional with all the info an animator wants to read before diving further. I remember thinking even if I don’t end up doing this – ‘these are cool people’.

And then I listened to Huwa’s narration with the music and realized how much creative freedom the subject matter allows. I heard ‘Favorite swash-buckling friendly pirate’ and knew exactly what the centrepiece of this animation is going to be like!

I love projects that I can direct visually. Those are the ones I think I do my best work. I am also always curious about people who voice my favourite animated films or games (even now I have a tab open in my browser with a Daisuke Ono podcast).

I regularly work with VAs on my personal YouTube animations. So having to represent the voice and having all those classical fiction elements poetically introduced by Huwa together made a perfect creativity playground.

Q: What other projects are you really proud of?

AllinAll: Among my recent stuff it would be my JOJO’s Bizarre Adventure Part 6: Stone Ocean animation and a ‘To Die’ episode from my Elder Scrolls franchise inspired mini-series.

I illustrate, animate and write music for all of my stuff but both of these videos are exceptions. They exist because of people like Owen Flaherty voice acting different characters; Uluncha producing some 3D elements and also lending her voice; my Japanese friend Nora did some anime-level voice acting in that JOJO video, and Emma Caterinicchio recording my weird cello parts.

As you can see, I can’t go anywhere without the voice!

How to Write a Voice-Over Script – 5 Methods Explained