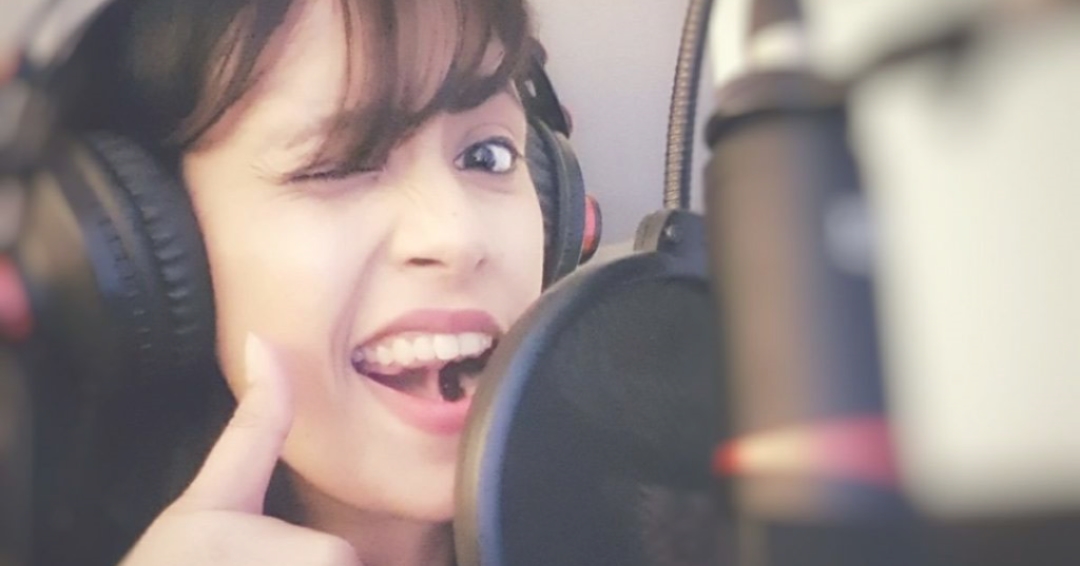 On episode 17, series 24 of The Graham Norton Show. Graham Norton quipped that voice-over was the ‘easiest job in the world.‘ And this from a man who drinks Chardonnay and chinwags for a living.

Yet, who’d want to be a voice-over artist when you hear that?

You’re an actor, but not quite. Whilst voice over is still very much a performance, you rarely appear on camera. And whilst many voice-over artists are attracted to the craft for this very reason, it does make it an invisible art.  That is, it’s not about how you look, it’s about how you sound.

For this reason, people will often assume it’s simpler than acting on camera, ‘you’re just speaking into a microphone’ is a comment I’ve heard from more than one person in the past.

Of course, it’s not easy! If it were easy, it wouldn’t be valued. That’s why the ‘artist’ bit of being a voice-over artist is so important.

@testavoz summed this up neatly:

Being a voice-over artist is a job that combines a very particular set of skills. Skills that are acquired and grow over a lifetime, such as:

“Definitely not easy- what convinces others that it’s easy is that we all speak. We all can’t necessarily sing, play a guitar, or dance, but we all can speak. Place Graham in front of a mic, allow him 30 seconds to say a minute worth of copy, and then be sure everyone who hears it believes what he’s saying. It also needs to be perfectly enunciated, the client doesn’t want the message lost or garbled. What he misses is that the creativity of VO comes on the fly and from practice: it “sounds” effortless. Unlike an author, or a singer, the VO is given a script. How many singers can produce a good cover song of another artist that’s new and authentic yet true to the sound? In the case of many well-known brands, the VO artist produces a new sound on an existing brand. Maybe the show should put Graham through the paces for a day with someone like @jmichaelcollins“

You also need the ability to talk really, really fast whilst staying completely clear – Ts and Cs style – combined with the ability to clearly characterise and emote a wide variety of copy.

And all of these skills must converge together to make a good voice over artist. Sound easy?

With the ability to say up to 11 words per second, John Moschitta broke the world record and made a career out of his dizzying cadence.

‘Copy‘, by the way, is industry speak for the written script that a voice-over artist reads. And this could be anything:

Phew! That’s a lot of different modalities and skills that need mastering, and these are only some of the types of copy that a voice-over artist is expected to animate using their vocal abilities.

The definition of a ‘voice-over artist’

The etymology of the verb ‘animate’ means ‘to fill with boldness or courage.’ It comes from the Latin animates, a past participle of animare, which means ‘give breath to,’ or to ‘endow with a particular spirit.’

The noun ‘voice’ means the ‘sound made by the human mouth,’ and comes from the Old French voiz, meaning, ‘voice’, but also ‘speech’, ‘word’, ‘saying’ and ‘rumour’.

In the Old English it takes on nobler associations, where it is defined as ‘invisible spirit or force that directs or suggests’. This was usually used in the context of insanity, as in: to hear voices in (one’s) head, but still.

So, according to centuries of etymology, here’s the definition of what a voice-over artist is, one that courageously breathes life into the written word with the invisible force within them. 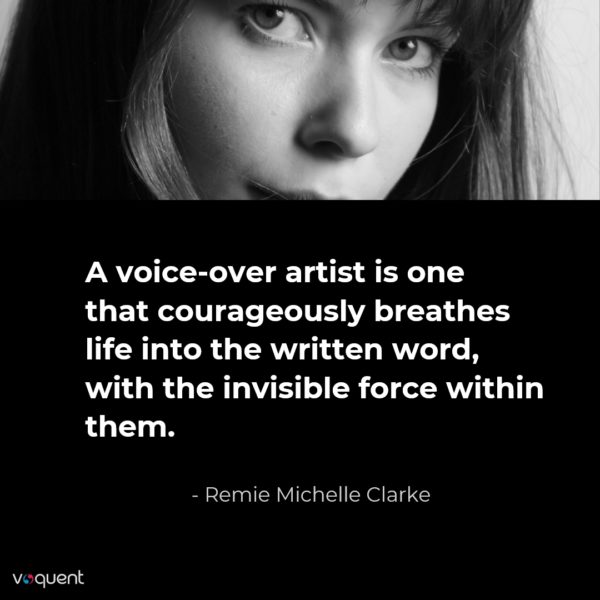 But what do you think a voice-over artist is?

Of course, there are iconic ideas of ‘the voice-over’ that most people will recognise, like:

And that’s just scratching the surface. There are experiences in everyday life that just wouldn’t be the same without a voice structuring them, such as taking a trip on the tube.

Over the years the London Underground has been characterised by a number of different voices, all with their unique brand of authority, but it has always retained its iconic status  (even in the face of my immature sense of humour!). 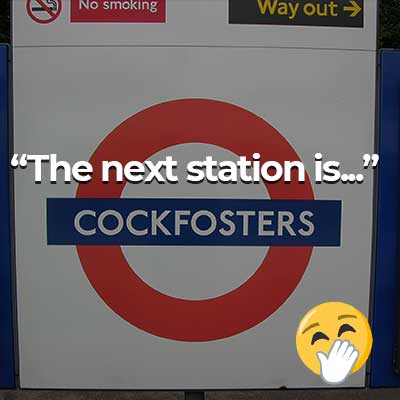 And how does one sound authoritative or even iconic anyway? Usually the result of years of practice.

“Well, it’s not like we’re down a mine, but it certainly take a specific set of skills to make it seem easy 😊”

“The determining factor is the effort you invest to get there…😎”

Breathing life into the invisible is all the more interesting now in the context of the growth of artificial intelligence products and their association with the human voice, and, naturally, the voice-over artist behind them. You’ve got Alexa on Amazon Echo, and now Google Home, which Verge magazine describes as:

“a small speaker you plug into the wall with always-listening, far-field microphones that can hear you from across the room. It’ll answer your questions, play your music, and control some of your home automation gadgets.’

So, now, thanks to technology, voice-over artists are really part of the fabric of life and the home. The voice-over artist is an assistant, a guide, a confidante, an advisor, a friend, almost a member of the family.

Then there are the robots, and even sex robots, such as Harmony, the human-sized, customisable, soft-skinned ‘pleasure’ doll and app, which has been created to offer human-style companionship and affection to lonely punters. All given voice, by professional voice-over artists.

A voice has power

The voice-over artist has the power to become something else, whether that’s an animated two-dimensional character on a screen, or an imagined person behind a radio ad. They can ‘breathe life’ into physicalized artificial intelligence, found on your phone and wearable tech. And they can make a real difference to audience engagement with your content.

Does being an actor help?

It certainly helps with character voicing for things like film dubbing, animations and narration. But there are a lot of skills necessary to voice-over work that not all actors possess inherently, and may not be able to learn. It’s a highly niche set of skills, and industry for that matter and though more and more people who leave drama school each year turn to voice-over work as just another potential stream of income in the acting world, not every actor, in fact quite a small percentage, manage to regularly book jobs.

But the real skill, where a voice artist really earns their value is how they can embrace the unexciting, the dull and uninspired as their own, with a gusto, energy and warmth still present after hours of reading.

Yes, you can use Betty on reception (and hey, I love Betty too, she’s lovely) to voice your telephone IVR greetings, but does her voice represent your companies brand in the best possible light?

Like any art, masters of their craft make it look easy and that is definitely worth paying for.

How it Works at Voquent 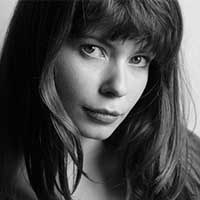 Remie Michelle Clarke is an author and voice-over artist with more than a decade’s worth of experience in the booth. Voicing everything from animated characters, Netflix drama and that bestselling audio book. She records on location and remotely from her home studio in Dublin, Ireland. For more, visit: http://www.remiemichelleclarke.com