How to Write a Voice-Over Script – 5 Methods Explained 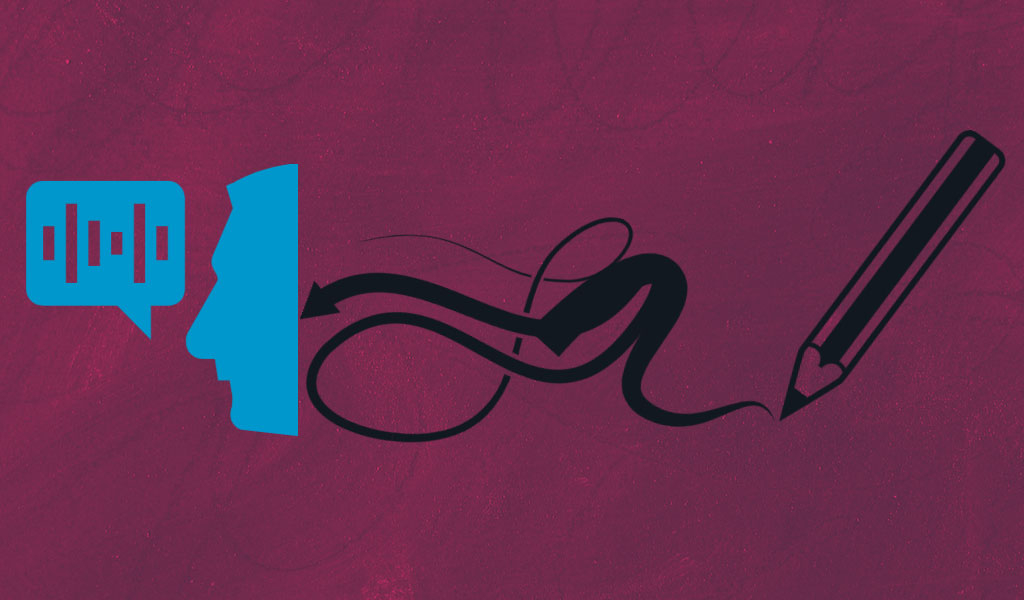 Scriptwriting is an essential part of every audio or video production.

Scriptwriting is something I’ve studied and love, and in this article, I will break down the art of scriptwriting for voice-over projects.

It doesn’t matter if your script is for business or entertainment; a good script is a foundation for any project’s success. Learning how to write voice-over copy, appropriate to the medium is a sought-after skill that can take a lifetime to learn. The five methods described here will make it easier no matter your skill level.

Let’s get stuck in!

So, why should I care about a script?

A valid question.  A script may seem to break up the natural creative flow of switching on a camera and recording freestyle (or for the gamers, screen capturing as you go). While freestyling may add to a video’s perceived authenticity, it is challenging to ‘wing it’ and consistently produce high-quality content that keeps people coming back.

For something like a commercial or promotional video, ‘winging it’ when it comes to voice-over, will only fail to engage the audience. Television and film have an industry-standard script format, but what about the structure of a voice-over script?

All successful companies use professional scripts for their content, and there is a good reason for that! Expertly-crafted voice-over copy is more engaging. It is just as important as the voice actor you choose to represent your brand.

A script provides structure. Creating an explainer video or podcast with no design is dangerous. Thematically it will be all over the place, muddying your message.

For example, when watching YouTube content, the videos tend to have an inherent structure that professional voice actors will follow easily. Consider the ‘how to’ or ‘tutorial’ video formats which are often divided into topical sections. Within each section, the video presenter or narrator will talk about a select few talking points. There are exceptions to the rule, like PewDiePie, who makes little use of scripting, but he is the number one video creator for a reason. As Paul Xavier explains in the video below, a script can be turned into a teleprompter so it doesn’t look like you are reading.

At Voquent we see scripts written in a plethora of styles. The primary voice-over script format is, surprisingly, a simple word document layout.

With voice lines, we don’t need any location information, or information about what an actor is doing, as the scripts are purely spoken audio. The only real exception to this rule is scripting a radio drama or podcast episode with other sound elements (which I will cover near the end). In any case, these are the main formats:

Each script has a particular use when it comes to scripting voice-over content.

The industry-standard – bread and butter – script is very detailed. This script is ideal for writing a screenplay for something like a TV show or a film. Both the actor and the director need to understand the scene, what is said, how the characters are feeling, the setting, the lighting, location, and much more. These scripts are like a set of instructions from the storyteller to the cast and crew. They inform, in detail, how the story will unfold.

For this style of script, it is imperative to describe the story. Leave out direction note, e.g. if you want a wide shot, or a close-up because filming is the director’s job. Likewise, suggesting audio FX to use is for the sound technicians.

Unless you plan to script voice-over in a TV show or film, this type of script is unlikely to be of direct use to you. That said, to understand how different scripts are structured, you need to know about the basis by which all other hands are formatted; the foundation is the industry standard script.

ACTOR walks into the room, looks around, and calls out to ACTOR 2.

Getting no reply, ACTOR turns around and leaves the room.

Above is very basic but gives you a general idea of what a basic script looks like for TV and Film; in terms of an industry standard. This type of format is ideal for any video content, especially for creators out-sourcing their voice-over work, but for content creators who may want a more relaxed style, you can use a basic script outline.

The most basic template used in the industry is the plain text format when approaching how to write a voice-over script. A plain text script is essentially just a text document with a text block outlining what you want narrating. It may also include post-production notes, e.g. add to a video, mix with music, edit as separate files etc.

When a voice-over is recorded wild, i.e. it is not synced to existing audio or video – a simple text script is ideal. Here is an example:

[specifications for the content; i.e. tone, pace, style, timecode in and timecode out for the whole audio clip]

While it may be a raw and simplistic format, for many projects, this is all that is needed. How the content is delivered is usually left up to the voice actor’s personal preference with a few guiding notes from the producer and client.

A more professional variant of the plain text script is the timecode format.

The timecode format is essentially the same as a plain text format, with one key difference in that it has timecodes to specify what is to be said and when. A timecode format would look like this:

A FADE IN BUFFER (usually around a second)

As you can see, this voice-over script format comes with more specific instructions. Often used for things like infographic videos, or commercial videos when syncing the voice-over to timings or lip-movements is essential.

The further down the list we go, the more detail is added into the script for various reasons.

ADR, translation,  IVR or eLearning projects frequently use the excel sheet or table format. When more information is needed to make the project a working reality, this structure is perfect. It usually consists of two columns. For example, for an eLearning translation or subtitling project, it may look like this:

For IVR or video games, instead of a slide number, you will normally have the filename, e.g. filename1.wav

Podcast episodes, radio dramas, or radio features require a more detailed script format. It must also include notes about the timecodes involved, sound effects and music, and even the length of gaps between sounds or segments. A generic radio script would look something like this:

However, a podcast episode or radio drama show would have an even more detailed script that comes full circle to be more similar to the TV & Film structure we talked about at the start. A radio drama or podcast script will often look something like this:

SOUND OF TELEVISION AMBIANCE IN BACKGROUND, DISTANT COOKING CAN BE HEARD, PEOPLE TALKING IN OTHER ROOMS ETC.

ACTOR 1: (laughs) I remember that day!

ACTOR 2: (laughs alongside ACTOR 1) When Jimmy got that piece of wood and just…

BOTH ACTOR 1 AND ACTOR 2 LAUGH TOGETHER.

From this point, a drama script would continue naturally until the conclusion of that scene, where a second scene would start. This process would then repeat until the runtime window ends.

So, as you can see from the various voice-over script format styles, there is a method for almost every type of audio production.

There is no single correct way to Copywrite for voice over, but we hope you will find this general guideline helpful to follow!

Writing a script is and always will be a creative process. What is important is using a format that allows you to convey your message in the easiest way possible.

Remember: a script is a set of instructions for the voice actor, production manager, and sound engineer.

Keep this idea at the forefront of your mind. It will help you decide what should go into a script and how you should implement your ideas.

The last little bit of advice we have for you is this wonderful video on writing and preparing a voice-over script (for a few extra pointers):

In any case, now you know how to write a voice-over script, and it is time to get out there and get scripting!