The History of Animation: The Illusion of Life through the Ages 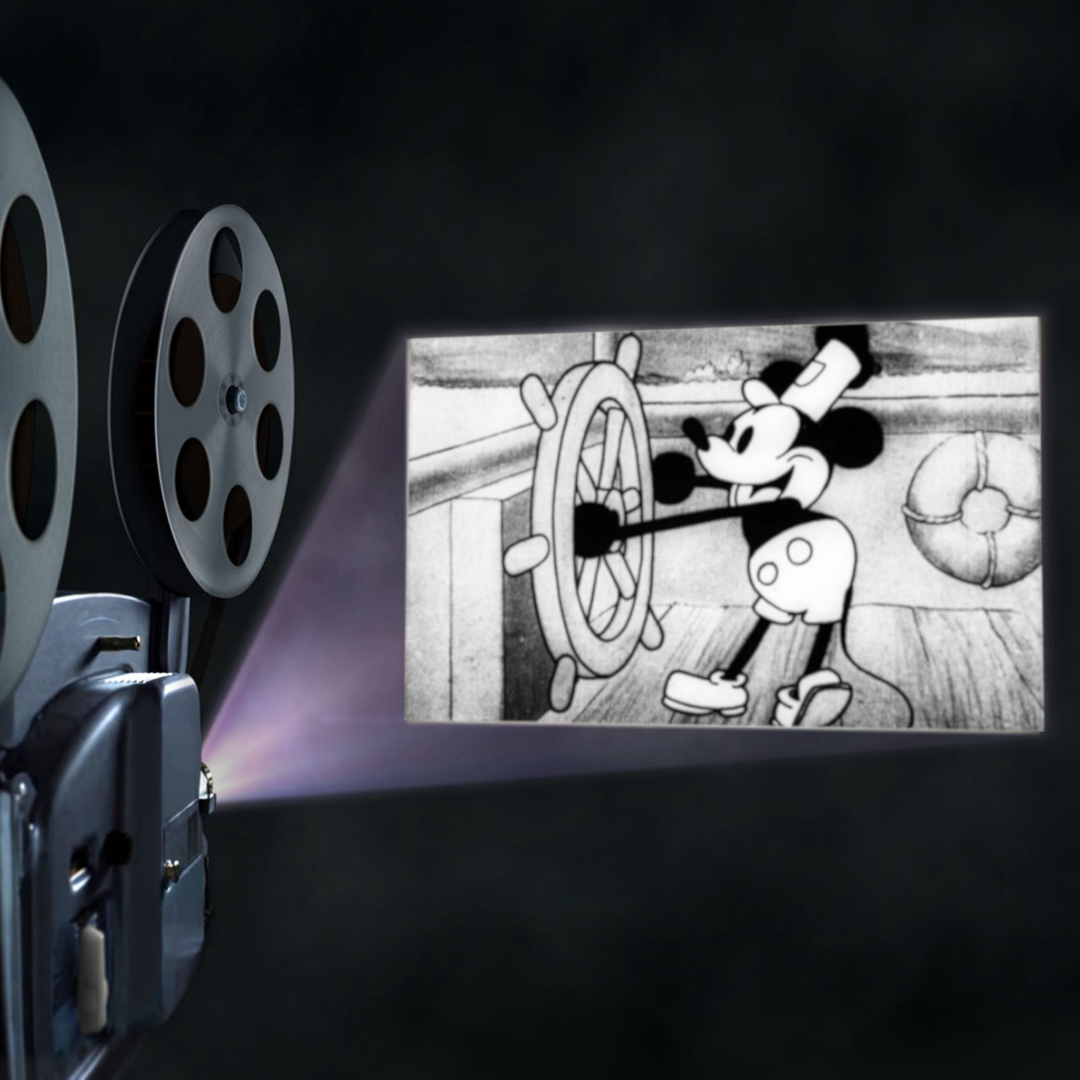 The earliest developments in animation might be older than you realised.

From the debatable beginnings of animation to the latest technological advancements in the industry, animation has become a beloved medium. There are all sorts of animation styles, methods, and genres; it is all around us. But where does it all begin?

Well, that depends on who you ask. If we base our definition of animation on what it is today, we will miss some critical steps in how the illusion of movement began.

We will start from when motion was first broken down into frames and why technology has dramatically impacted the industry.

The Governor of California hired photographer Eadweard Muybridge to use photography to settle a debate: Is a horse always touching the ground with at least one hoof when it gallops? Muybridge took a series of photos of the horse as it ran by triggered cameras to finally prove that its hooves were all off the ground at one point in its stride.

While it seems that a horse does lift all feet off the ground simultaneously in its stride, what is essential here is beyond the bet. This experiment enhanced our understanding of moving images and how a series of images can be used to reconstruct the illusion of life.

Known for his film work creating illusions and his early use of special effects, Georges Méliès directed over 500 short films between 1896 and 1914, with some being as short as one minute long. He was the first to create movies with fictional narratives, including Le Voyage dans la Lune (A Trip to the Moon), which was purely science-fiction at the time.

This film and others like L'oeuf du sorcier (The Prolific Egg) are especially notable in Méliès' career. They used transitions, scaling and other animation techniques to create the on-screen magic for which he was renowned. It's here that we can see his films be animation in one of its first forms.

Émile Cohl, the French cartoonist, was hired to create one-page story ideas for movies after he caught feature films ripping off his comic ideas. To create Fantasmagorie, he drew on illuminated glass to trace his drawings between frames before the lightbox, which is now a standard animation tool for hand-drawn animation, had officially been invented.

This film is believed to be the first fully animated film ever made. He also inverted the film's colours to make it look like it had been drawn on a chalkboard rather than pencil and paper.

Mickey mouse might be the first thing that comes to mind when you think about animation. He first appeared, alongside Minnie, in Steamboat Willie even though he was first put in another Disney short, which was then released later. Mickey Mouse is notable in the history of animation not just for its popularity and longevity but because Steamboat Willie was one of the first animations to feature synchronised sound with the image on-screen.

This film was considered to be the first to use synchronised sound before the title was given to the controversial My Old Kentucky Home, which actually managed to achieve this two years prior.

Only three people have provided the character voice-over for Mickey Mouse, up until 2009, with Walt Disney himself portraying the character between 1929 and 1946. Jimmy McDonald then followed Disney until 1983 before Wayne Allwine ended his turn in 2009.

Willis H. O'Brien changed animation when working on The Lost World, which was the first full feature-length American film to use stop-motion animation and debatably the first feature film to do this at all. O'Brien then developed a way to have live-action and stop-motion on screen at the same time. This technique was later improved upon by his young protégé, Ray Harryhausen, in the years to come.

Via his use of miniature models in his films and his ability to blend animation with live-action, The Lost World set O'brien up to create his most notable film, King Kong, in 1933.

When Walt Disney set out to make Snow White, it was considered to be a very risky move. He was known for experimenting with technology and animation styles, so he was willing to take the risk, but other studios thought the idea of the first hand-drawn feature film was mad. This was also Disney's first feature-length film at all.

Despite the possible downfall of Disney before the company really got started, Snow White became the highest-grossing film of all time before the title was taken by Gone With the Wind two years later. Through this success, Disney has continued to dominate the animation industry ever since, and in the history of animation, he managed to leave his stamp.

The first use of stop-motion animation may have been in 1898 when J. Stuart Blackton made The Humpty Dumpty Circus however, this method of animation was mainly popularised by Ray Harryhausen. While making his first feature film in 1953, Harryhausen developed the dynamisation technique, allowing him to create much more ambitious work like the skeleton battle in Jason and the Argonauts.

Dynamation is splitting the background from the foreground of the image into two separate layers. Harryhausen developed this to film the live-action aspects of the film for the background and place miniature models in the foreground more easily. His simple method of creating worlds, unlike our own later, inspired the works of George Lucas and Peter Jackson and therefore had a major impact on the history of animation.

After the Hanna-Barbera company found success with Tom and Jerry and became known for their children's cartoons, they were looking to expand their range of cartoons to entertain adult audiences. They created the Flintstones to discuss current topics and conflicts but set the show in the stone age to provide juxtaposed comedy.

When Nicholas Meyer released The Wrath of Khan, he debuted a new Computer-animated particle system. Unlike any process before, this system could animate objects that were not fully physical, particles like clouds, fire and smoke. This system was coined the “genesis effect”.

The Wrath of Khan became the first film to include a sequence entirely rendered with CGI, although Steven Lisberger was also working on this when making Tron. Unfortunately for Lisberger, The Wrath of Khan was released three months earlier than Tron.

John Lasseter began creating The Adventures of Andre and Wally B as his first animated project with The Graphics Group, a division of Lucasfilm. This short film used groundbreaking technology by animating on a computer rather than hand-drawn images or physical models to create a 3D render. It then became the first fully CGI-animated film in the history of animation.

The Graphics Group was later renamed Pixar, a studio whose name should be much more recognisable today. The short film sparked the industry's intrigue in a fully computer-animated film which is now the industry norm.

Matt Groening created The Simpsons for Fox after the concept of an animated sitcom was popularised by The Flintstones. The show continued to expand the space for this type of broadcasting, creating a large audience where other studios could also follow the trend with the likes of American Dad, Futurama and Family Guy debuting later.

One Movie and 706 episodes later, The Simpsons have become the longest-running; American sitcom, American scripted prime-time television series and animated program. It's such a staple in pop culture that in 2011, the cast agreed to a pay cut to keep the show going after a decline in ratings. When it comes to animation and voice-over on TV, the cultural importance of The Simpsons can't be compared.

John Lasseter (remember him from The Adventures of Andre and Wally B?) produced this short film which became the first computer-animated film to win an Oscar. This film clearly inspired Lasseter to direct Toy Story in the years to come with a similar style and concept. Without The Adventures of Andre and Wally B, there would be no Tin Toy, and therefore no Toy Story.

The release of Spielberg's Jurassic Park marks a critical time in the history of animation. Not only did this film capture the first photorealistic creatures in the film, but for the first time, the audience got to see real human actors interact with CGI characters.

This made the CGI dinosaurs look realistic to the audience, and other films learned from this. From this point on, studios had enough confidence in CGI to replace practical effects.

The Toy Story franchise doesn't seem particularly old, but the first instalment was the first feature-length film to be fully computer-animated. This was such an outstanding achievement in animation that the Academy Awards gave the film a remarkable award.

As the highest-grossing film of 1995, Toy Story proved that fully computer-animated feature films could be financially successful. This then influenced the rest of the animation industry and significant studios to use CGI as the traditional technique for animation in modern times.

Winnie the Pooh became the last hand-drawn Disney film in 2011 after this style of animation began to decline in popularity. However, the medium is expected by many to return one day and deliver a sense of nostalgia.

James Cameron's Avatar is the number one grossing film of all time, thanks to its immersive and beautiful fantasy world. This world was created thanks to technological developments in the amination industry, which has changed the game. Two main advancements led to Avatar's success: Simulcam and FPR.

The Simulcam is a virtual camera that can see live-action instantly turned into CGI. Rather than the actors wearing motion-capture suits and the animation process happening later, Cameron was able to see the actors as their CGI characters while filming them in their suits with a special monitor. FPR refers to Facial Performance Replacement. Much like how ADR (Audio Dialogue Replacement) – a type of film voice-over – allows dialogue to be edited after filming, FDR allowed Cameron to edit peoples faces after the scene had already been shot.

Cameron has said that this method of filming will be the future of the industry, and this can be seen by other directors using these advancements. X-Men: Days of Future Past and Tron: Legacy are notable films hailed for their special effects after using virtual cameras as Avatar did. I'm sure this method will continue to develop and improve in the future.

The Last Decade & The Future

I would argue that the most significant advancement in animation in the last decade has been its accessibility to the creative mainstream. Now that desktops are a common household feature and animation software can be accessed by anyone at much lower prices, there is more opportunity to animate.

Platforms are another major change. With sites like Youtube and Vimeo allowing anyone to distribute and showcase their work at the click of a button, there are vastly more examples of animation for us to enjoy at our fingertips.

Technology will continue to advance animation for the major studios and inventions like virtual cameras and even VR might start to become commonplace, shifting the industry again to new and exciting heights.