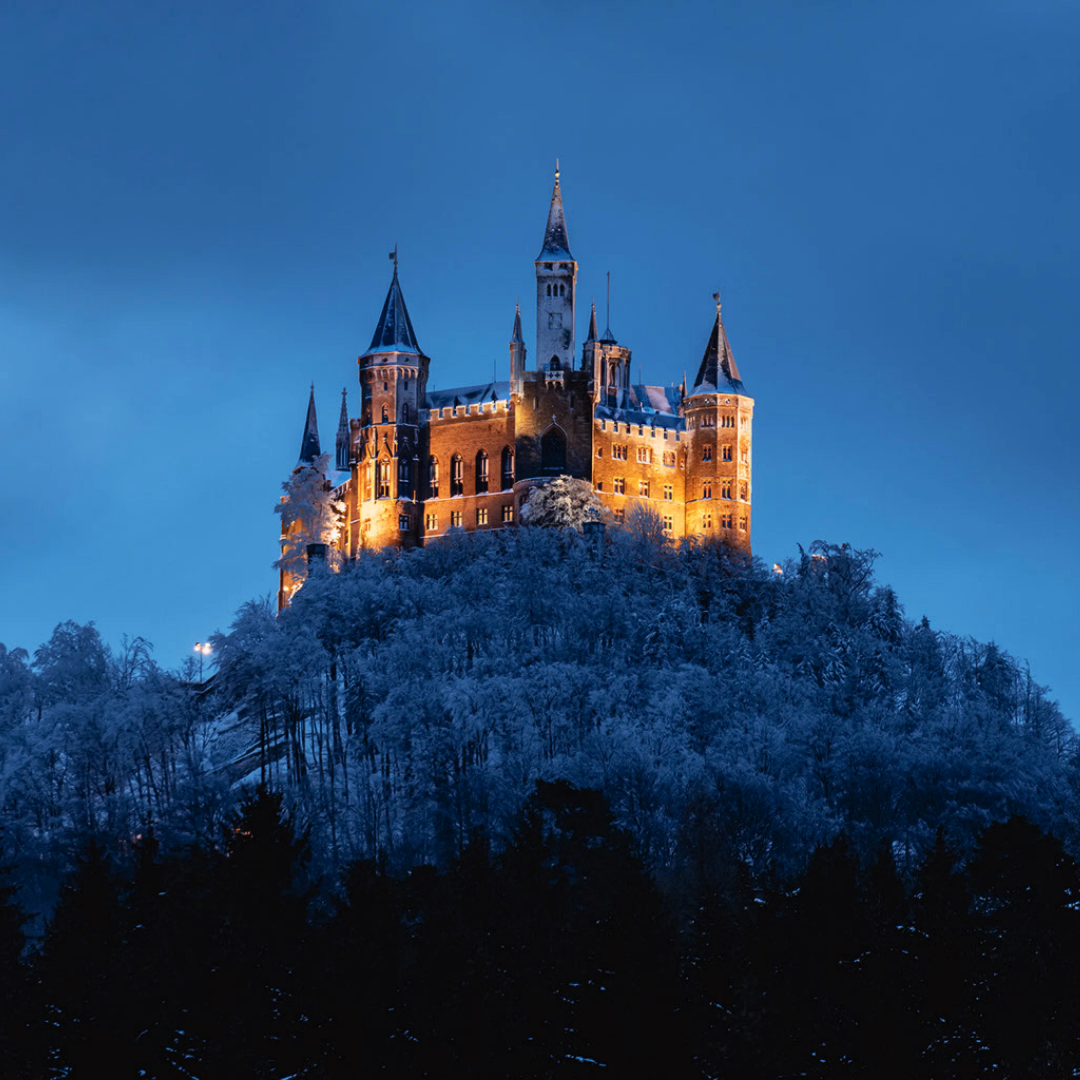 These aren't just great voice-over performances; these are voice-over LEGENDS.

What makes a legend? Officially, Disney has a list of legends who are inducted at the D23 Expo each year; however, we ignore what's official in this one to instead focus on who is generally considered a legendary Disney voice actor.

Cummings has so much versatility and control of his voice that he can depict multiple characters in one film without the audience realising the same actor voices them.

He has appeared in several Disney films portraying all types of characters, heroes, or villains. Although many people won't recognise his face with essentially no live-action acting performances, you will certainly have heard his voice. Portraying Winnie the Pooh, Tigger, Ray in The Princess and the Frog, Razoul in Aladdin, and Darkwing Duck, Negaduck and more, Cummings is a Disney staple.

After Jeremy Irons lost his voice while recording 'Be Prepared' in The Lion King, Cummings filled into voice Scar with such a convincing performance that most audiences never noticed the actor switch mid-song. His talent in manipulating the way he sounds secures Cummings' place on this list.

“If you do your best each and every day, good things are sure to come your way.”

Anika Noni Rose is one of the most legendary Disney voice actors in recent memory for various reasons, chief among them for her role as Princess Tiana – the first Black Disney Princess.

Anika Noni Rose is an outstanding talent who gives Princess Tiana the range she needs to stand out among Disney protagonists. Tiana breaks the mould in countless ways, and not just due to her heritage, she is the first Disney princess to have a living mother and dead father, the first princess to defeat her own villain in the film, and she shares the most onscreen kisses than any other couple in a Disney film (11 in total). The Princess and the Frog is also the last full feature to be produced using traditional 2D animation techniques –  a sombre, yet noteworthy statement.

The role was highly sought after among actresses, including Tyra Banks, Alicia Keyes, and Jennifer Hudson. However, in the end, Anika Noni Rose's incredible ability placed her in the winning position as she was cast as Tiana.

“They’re just using the same actor over and over. What kind of cut-rate production is this?”

As Disney's “good luck charm”, John Ratzenberger has voiced many characters in many Disney animated features.

Since appearing in Toy Story (1995) as Hamm, Ratzenberger has lent his voice to at least one character in almost every Disney Pixar film. This tenure includes Mack the Truck in Cars, the Abominable Snowman in Monsters Inc. and the Underminer in The Incredibles. He also appears in many other Disney films and projects as more minor characters. Generally, Ratzenberger is cast as a goofy, comic character which perfectly works with his voice.

Technically his Disney Pixar streak ended with Soul (2020); however, as his voice was not in the film, his likeness was used for a non-speaking background character. As Disney's self-proclaimed “good luck charm”, it should come as no shock that Ratzenberger is a legendary Disney voice actor.

“Look at me, I’ll never pass for a perfect bride or a perfect daughter. Can it be? I’m not meant to play this part.”

Ok, so I might be cheating a little with this one. She might not have played the speaking voice, but it's her smooth powerhouse vocals that make her a legend.

Salonga, a successful Broadway star from the Philippines, was initially cast as Mulan; however, she lost the role to Ming-Na Wen. She was still asked to voice Mulan's singing voice. Similarly, she is the singing voice of Princess Jasmine in Aladdin but did not voice the character's dialogue. She is the only person to technically voice two Disney princesses, an incredible achievement for anyone.

'A whole new world' and 'Reflection' are two of the most popular Disney songs, and Salonga said herself that being asked to be part of the music is unique because it has a life that stretches far beyond the film. Salonga is also known for her roles as Mrs Kusakabe in the English version of My Neighbour Totoro and Rosemarie in Captain Barbell.

“All right, now, princess, you’re gettin’ that dress, but that’s it. No more Mr Pushover. Now, who wants a puppy?”

On this list, John Goodman is one of the most successful actors, including his work in live-action features outside of the Disney universe.

You probably know him as the dad in almost every film ever. This includes The Flintstones, Coyote Ugly, Roseanne, Speed racer, Punchline and MANY more. His fans even like to wish him a happy fathers day each year on Twitter. For Disney, Goodman tends to show his softer side, frequently in a gentle giant role with his deep but charming voice such as Sulley in Monsters Inc, Pacha in The Emperor's New Groove, Big Daddy in The Princess and the frog and Baloo in The Jungle Book 2.

Not only has Goodman voiced many Disney roles, but at the D23 Expo in 2013, Goodman was inducted as a Disney Legend, making him not just a legendary Disney voice actor in our opinion, but also an official one in the eyes of the studio itself.

“My Name Is Mulan. I Did It To Save My Father!”

The incredible Disney voice actor who brought the beloved classic animation Mulan to life. Ming-Na Wen's voice provided an authentic spin to the character of Mulan – a different kind of Disney princess, one who was powerful, competent, and romance was a mere subplot.

Ming-Na Wen's performance quickly became iconic, not just as a great voice actor but also as Disney's first Asian princess. Wen provides Mulan with a unique voice that is brash, confident, and abrasive – not at all like the overtly feminine characters of classic Disney. The character of Mulan was initially conceived of as wanting to run to Europe to elope with her Western Prince, but this was changed in development to be about her fighting for her family, in spite of tradition. Ming-Na Wen is an authentic Asian talent, perfect for the role and breaking new ground among classic Disney movies.

After her role here, Ming-Na Wen has gone on to act in ER and even Star Wars' The Mandalorian. Additionally, she has returned to the iconic role of Mulan in various games and movies.

I'm sure you didn't need a genie's wish to help you see this one coming. Robin Williams is not only a legend of voice acting but is one of the biggest names that come to mind when thinking about exceptional Disney voice-over performances.

Williams' voice is easily distinguishable in a crowd with many iconic acting credits. He is known for live-action roles, including the titular character in Mrs Doubtfire, Sean in Good Will Hunting and Peter in Hook. In Aladdin, he is famed for improvising many of his funny lines including some of the best. Rumour has it they had almost sixteen hours of recorded material because of Williams. The Academy turned down the film's submission in the adapted screenplay category because of the substantial ad-libbing.

“Come in, come in my child. We Mustn’t lurk in doorways. It’s RUDE.”

Ursula is one of the most popular Disney villains, thanks to Pat Carroll. This can be attributed to the villain's varied personality and Carroll's ability to nail each characteristic in one performance.

Carroll gives Ursula a layered character: cruel and manipulative yet charming and funny. She uses a soft voice when trying to be convincing, a slower, deeper voice when plotting her diabolical plans, and her voice becomes grandiose and commanding when angry. Thanks to her extreme voice talents, Carroll can change her tone and emotion so fluidly that Ursula becomes a well-rounded, multi-faceted character.

She also voices Prunella in Cinderella, Koo-Koo in Chip' n' Dale Rescue Rangers and various voices in A Goofy Movie. It's not her ongoing work with Disney that makes her a legendary Disney voice actor; however, that title is now set in stone after this one phenomenal performance as the infamous sea witch.

These two have individually earned their spots on this list, but it's when comparing both phenomenal performances side by side that we get to experience the magic in The Lion King.

“I'm only brave when I have to be. Simba, being brave doesn't mean you go looking for trouble.”

Jones has a Soulful and powerful voice that is ethereal and voice-of-God-like. This is especially visible when Mufasa delivers advice from the stars. As it is hard to picture who else could provide this character with so much authority, Jones reprised his role in the 2019 live-action remake.

Jones has displayed his exceptional talent in other voice-over roles too. These roles include Darth Vader in Star Wars, the narrator in 3rd Rock from the Sun and General James Soloman in Command and Conquer Tiberian Sun.

“Life's not fair, is it? You see I, I shall never be king. And you shall never see the light of another day.”

Irons is a legend in the entertainment industry, appearing in theatre, film, and television. He is one of few nominated for an Oscar, Tony and Emmy award throughout his illustrious career.

Scar's voice has a powerful gravitas, deep tone, and witty sass. He has an odd eccentricity compared to Mufasa's seriousness: this sells us the idea of the little brother who could never be the ferocious leader that his older sibling could.

Side-by-side, Jones as the authoritative father and Irons as the wicked villain, these performances perfectly play off each other. They create not just great voice-overs but build a wholly compelling story.

Some of these actors have played multiple Disney characters, whilst some are notable for exceptional standalone performances. Either way, they have each earned their spot as one of the most legendary Disney voice actors of all time.