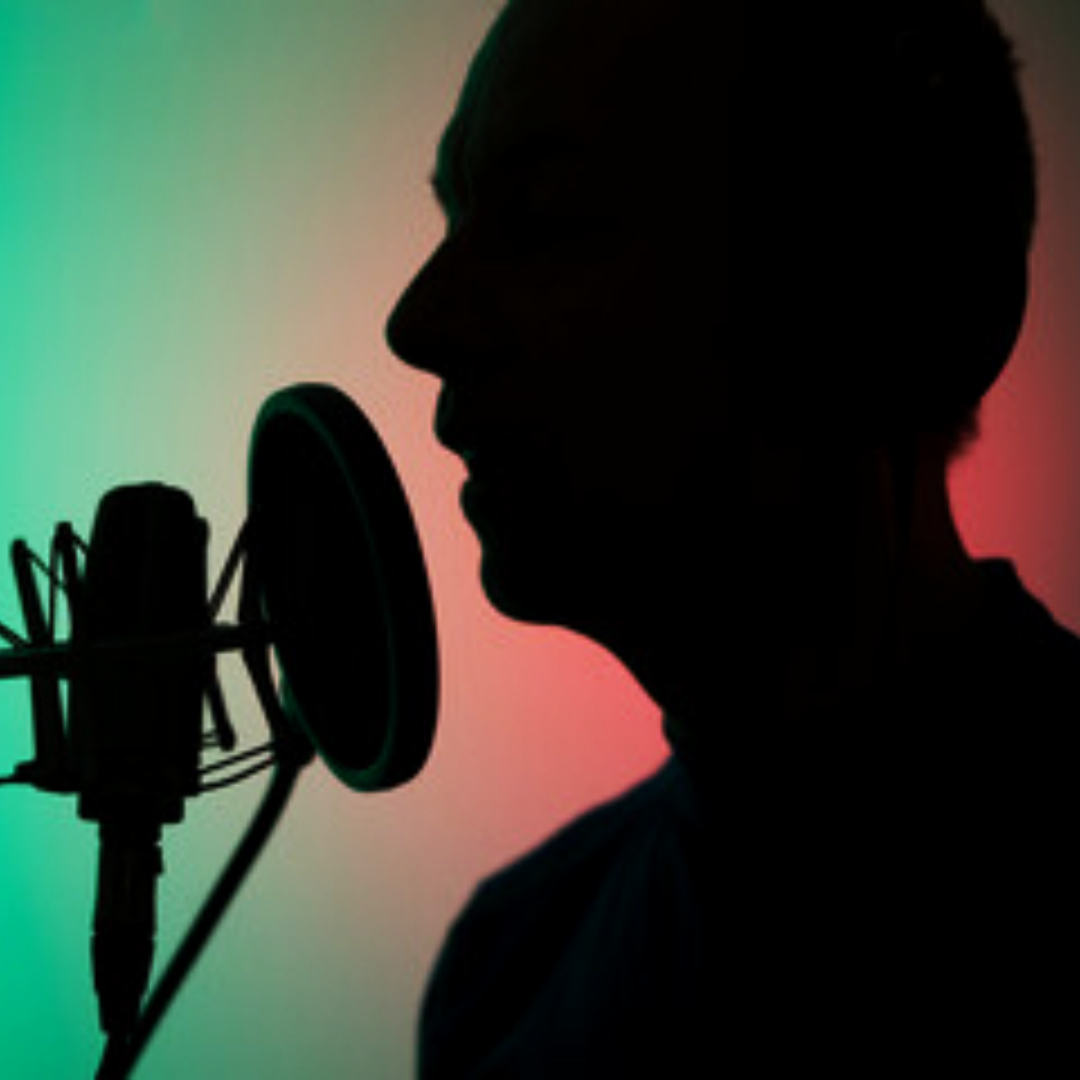 Films, TV dramas and more all require ADR services, but for many of our customers, it's the first time they've ever had to produce ADR remotely, and it's scary. There is a lot that could go wrong!

Voice Actors, too, are often not used to doing ADR work in their home recording studio. They will usually attend a professional post-production studio with a director and engineer present. Without this help, there is a lot to consider.

Alex, one of our senior producers here, has a number of these projects under his belt. So, I sat down with him to learn more about the production process to share his knowledge with producers and voice actors alike.

Al: For those who don't know, what is ADR?

Alex:  ADR stands for 'Automated Dialogue Replacement. The name is a bit misleading because there's nothing automated about it whatsoever. It tends to be one of the more tedious and time-consuming processes a voice actor will ever have to go through!

Now, ADR is technically only the process of syncing up dialogue to an on-screen actor. Most of the time, this is a screen actor replacing some of their dialogue that wasn't recorded on-set or maybe the script was changed. Sometimes there are tweaks in the performance of the line as well. For example, almost all of the dialogue in high budget superhero films is ADR these days because of background noise on sets from the props and special effects. Nearly 90% of Lord of the Rings had the dialogue replaced with ADR!

However, a lot of the time, ADR is used as an umbrella term to cover all voice-over recorded characters in films and TV shows. This will include background chatter that's not synced, or stuff coming through radios and TVs. So technically, it's only ADR if it is lip-synced to an actor on screen, but the term ADR is often used to cover it all! 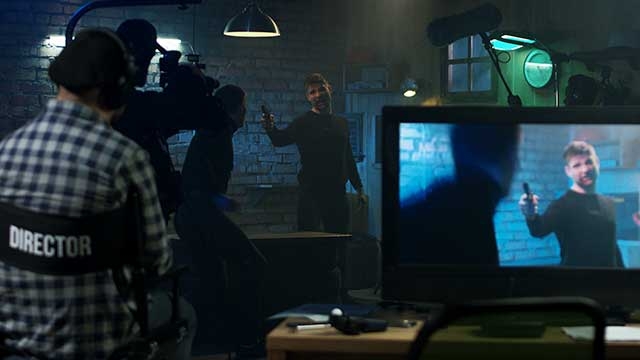 An actor in a noisy fight scene will often have his dialogue replaced in ADR.

Al: What is the usual process for recording ADR?

Alex:  For the non-sync ADR (i.e. not technically ADR), the process for recording is the same as every other voice over project.

We record a few takes, then the post-production sound engineers or dubbing mixer will implement the best ones. The process for lip-syncing ADR, however, is far more complicated. There are numerous bits of bespoke software for this, most notably Nuendo since it’s quite an involved process. There will be significant pre-production work to create a comprehensive cue sheet for which lines need replacing and the specific time codes.

A single sentence of ADR can take as much as half an hour to record if it is difficult to sync with the lip movements on screen! So, plenty of time also needs to be scheduled in the studio and with the actors. 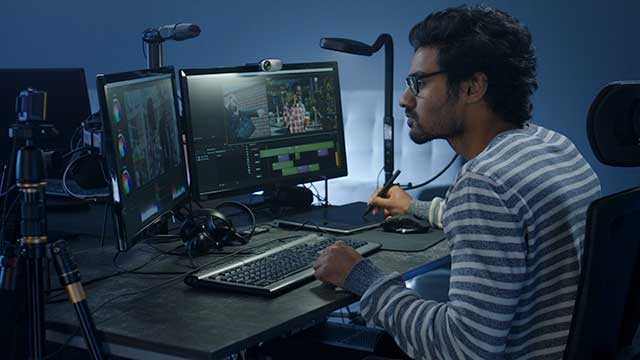 A dubbing mixer will implement the best takes in post-production.

Then, the audio engineers will create specific project files (also known as 'Sessions' in some software, such as Pro-Tools) for the ADR recordings. Usually one per actor/character. There would be a count in each session for each cue's start point, usually using tone. This will sound like “beeps”, usually three, but sometimes just one. Often, the video is edited so there are bars that wipe across the screen to count in too. Sometimes the dialogue will also be put on screen as captions. The software will even highlight each word in the correct timing, much like karaoke!

So, as you can see, the pre-production process for ADR is already very time consuming, and that's before you even get to the recording itself! The engineer will be sorting out the takes while recording, saving the best ones and storing the backups to cut together the perfectly synced take. Sometimes this may be one word each from 20 different variations. ADR is the most time consuming and complex element of voice over recording.

Al: What are the challenges of recording ADR remotely?

Alex:  Well, the main challenge is that a voice actor will generally not have an engineer to do all the session management I alluded to before. Stopping and starting recordings is vital for ADR.

When recording a wild (not time-synced) VO recording session, most voice actors will record one long file, including all takes and then edit it afterwards. That’s not possible with fully synced ADR. 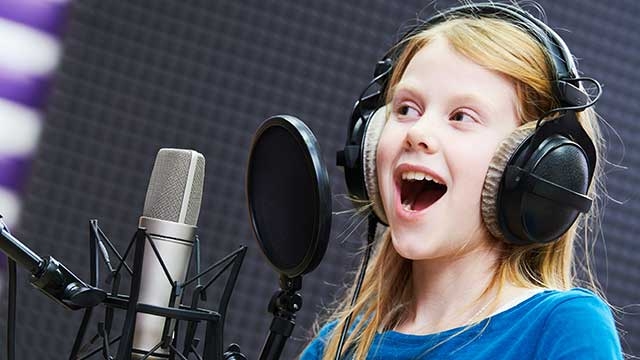 A child recording ADR can generally only manage a few short lines every hour.

The requirement to have the film playing in the booth can be tricky to set up as well. Many voice actors who do everyday VO projects, and not a lot of ADR, will be unlikely to have this ready as standard. And that’s without considering the particular skill recording lip-sync requires!

In no small part, it involves lip reading and perfectly matching the movements of the actors’ (or your own) mouth on the screen— a lot harder than it sounds. Recording ADR is a skill.

Live direction can also be more complex when recording ADR remotely. A voice actor doing this by themselves in their home studio will have at least three things to consider:

Usually, an actor in a studio would only worry about the performance, whereas in this remote situation, they have to manage all the technical side of things too! Forgoing live direction for these sorts of remote ADR recordings is usually best practice – it removes something that can cause an additional layer of complexity. Most voice actors would agree to one round of revisions after reviewing their recordings in this instance.

Al: What equipment do voices need to get ADR work?

Alex:  The main bit of “equipment” a voice actor needs to get ADR work is something you can’t buy – experience. Even if a voice has Nuendo and a massive screen in their booth, it won’t be much use if they haven’t had any knowledge of recording lip sync before. 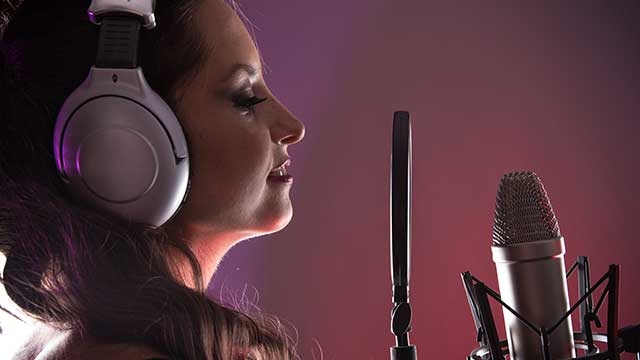 A voice actor with previous ADR experience will find it much easier to get going in a remote session.

This leads to the old catch 22 of “needing the experience to get experience”, but it’s not impossible to get this first bit of experience.

Before that, I would recommend a voice actor practice syncing up their voice to a clip from any film first! Re-dubbing like this is a skill that needs developing, so creating some practice materials is vital.

In terms of specific equipment to do ADR remotely, however, a voice will generally need a decent quality TV screen in their voice-over booth, at the very least. Suppose they are dubbing a character in a film or TV show. In that case, having a shotgun microphone (such as the Sennheiser MKH 416) will be a benefit, too – this will help the dubbing mixer match the re-recorded dialogue with the other dialogue around it.

The Sennheiser MKH 416-P48 is perfect for ADR recording at home as it's frequently used on set too.

There is no need for a voice actor to purchase Nuendo as recording software specifically. However, a decent quality DAW that can support embedded video (something most high-end audio recording software can do) is a requirement. So, Audacity won’t work for this!

A professional voice actor would need something like Pro-Tools to be able to do synced ADR from home. Non-sync ADR (which, again, isn’t technically ADR) doesn’t need any special equipment at all – it’s just a regular voice over project!

ALSO READ: Now is the Time for All Performers to Set-Up a Home Recording Studio

Al: What information do you need from clients to recommend voices for ADR work?

Alex:  The onus is really on the client to provide a detailed cue sheet containing time codes and the relevant video materials. Not something that someone only coming into the process later (such as us) can create, as these are entirely creative decisions.

The bare minimum is a script of the cues with timecodes and a video with burnt-in timecode (BITC). The video also needs to be picture locked—so the video edit needs to be finished with only the colour grading and any CGI left to do.

Preferably this will be a small section of the video relevant to each ADR recording, but the entire film will be fine if that's all that's available. 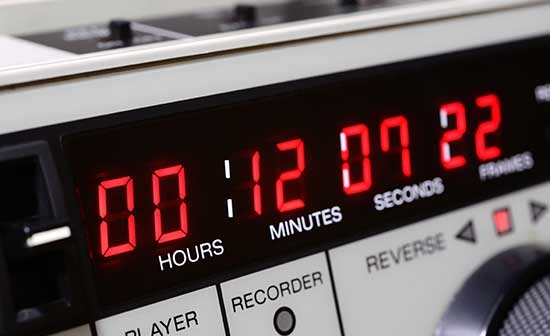 A customer will need to provide the studio and voice actors with a script of the cues with time codes and a video with burned in time-code (BITC).

Providing a video with the bars wiping on the (as previously mentioned) and the tone beeps to count in is desirable. Captions would be also helpful at the relevant times, but this is not an absolute requirement. We need detail of any characterisation for the voices as well. The more specific, the better, and any audio references for the tone of voice would be beneficial. Without this, the voice actor is just guessing!

In summary, any files that a dubbing mixer or post-production engineer create for their sessions should ideally be supplied to Voquent and the voice actor.

Al: Thanks, Alex, this has been really insightful.

So, if you're looking to get remote ADR sessions set up, we can help with casting and adequately equip the voice actors for the job. Start by filtering your search for voice actors with home studios. There is a tick box in the advanced search filter to make the search easy.

Thank you for reading.