Free the Caribbean island of Yara from it's dictatorship as Dani Rojas, the guerilla freedom fighter; learn about the Far Cry 6 voice actors

Far Cry is one of the most renowned game franchises in the world, accumulating over 50 million sales as of 2019. Published by Ubisoft, it’s a first-person shooter with six main series instalments and no less than nine spin-offs.

Unlike many game franchises, Far Cry is distinguished by its unique narrative for every new instalment. Instead of clinging to a single, unified plot, Far Cry sticks to a unified theme, always placing the player in a new environment with new characters, plot twists, and open worlds.

In Far Cry 6, the player goes to the fictional Caribbean island of Yara ruled by Antón Castillo, an unscrupulous dictator obsessed with power. Taking on the role of the guerilla fighter Dani Rojas, the player must overthrow the dictatorship and return Yara to its former glory.

Learn all about this game and the Far Cry 6 voice actors that helped make it. 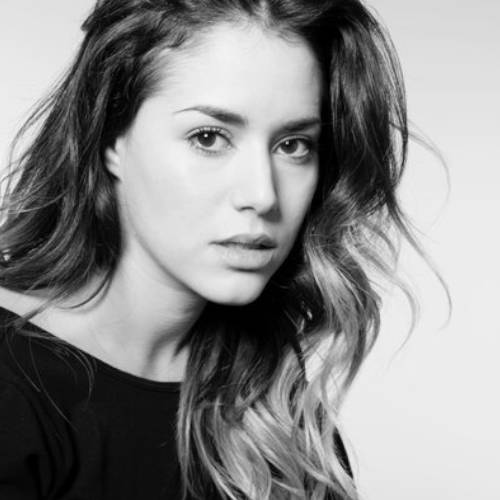 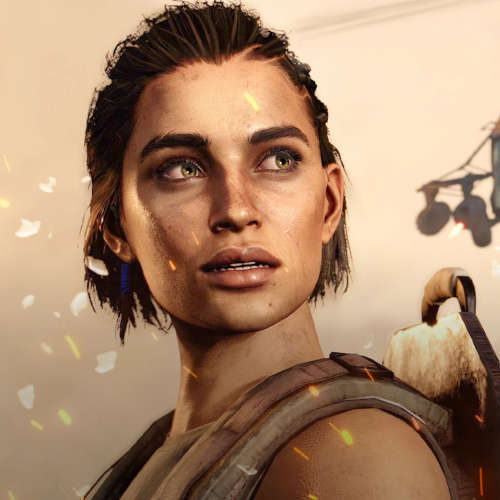 The female version of Dani Rojas is likely the canonical protagonist as the game always defaults to her when starting out. Regardless, Dani Rojas is the main playable character who’s on a quest to destroy El Presidente’s dictatorship.

Orphaned at a young age, Dani grew up on the fictional island of Yara and joined the military as soon as she could – only to drop out after attacking her drill instructor.

At the start of the game, she’s attempting to escape Yara to go to Miami, but Castillo and his special forces take over the boat and shoot everyone on it. Dani barely escapes with her life and gets caught up with guerillas calling themselves Libertad.

The female version of Dani Rojas is has a unique Far Cry 6 voice actor; the talented Nisa Gunduz. Born and raised in Toronto, Nisa’s made appearances in several notable television series, including “Designated Survivor” and “Workin’ Moms”. 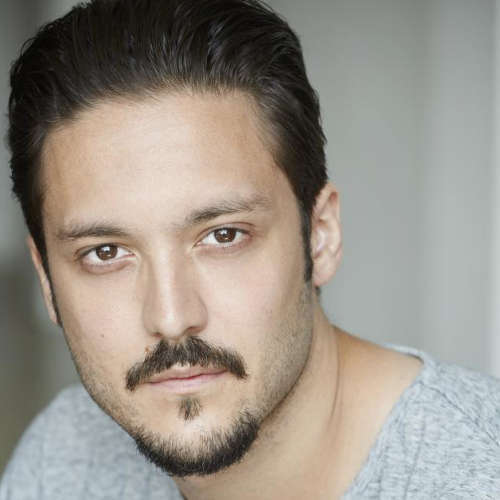 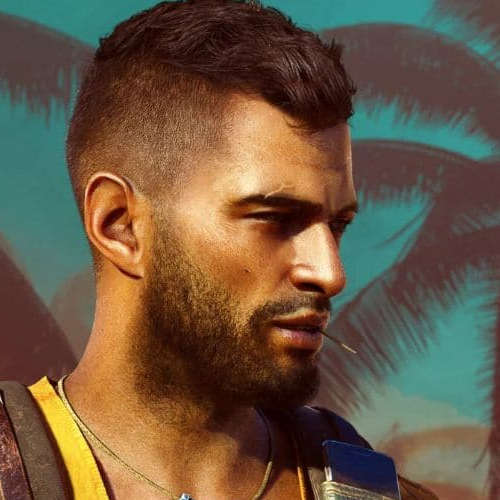 After joining the Libertad, Dani becomes dead set on taking down Castillo. Over the course of the game, he encounters many threatening characters such as Castillo and General Sanchez, as well as receiving help from some unexpected sources.

Sean Rey is the Far Cry 6 voice actor behind the male version of Dani. Canadian actor and producer Sean has made appearances as Charlie in 2020’s action movie “Rev” and as Frizz in the television series “Hemlock Grove”. However, he remains best known for his astonishing vocal performance as Dani in “Far Cry 6”. 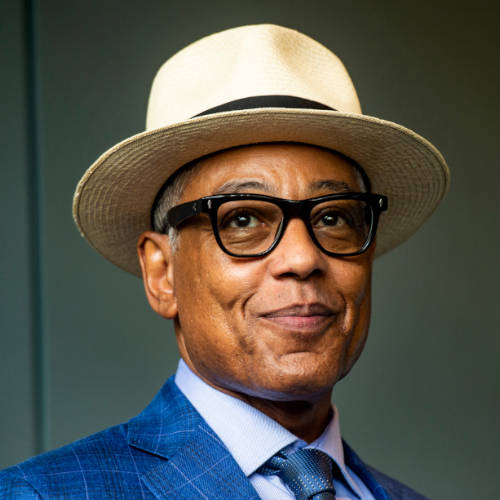 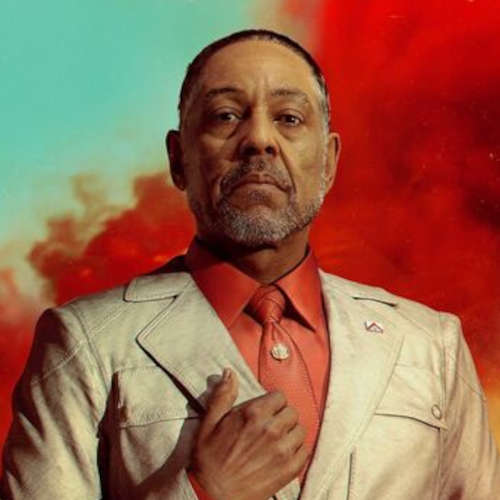 Antón Castillo, aka El Presidente, is the main antagonist in Far Cry 6. After seeing his father, the former president of Yara, get executed by the revolutionists, he grew to despise all those who took away everything that his family had built.

As a teen, Antón was sentenced to 15 years of hard labor in Yara’s tobacco fields, and he only took over the country after its harsh economic collapse. Ruling with an iron fist, Antón holds a tight grip over Yara and its inhabitants.

No other person could’ve given Antón Castillo such a demanding presence than the ingenious Giancarlo Esposito. He’s starred in countless movies and TV shows, portraying legendary characters such as Gus Fring in “Breaking Bad” and “Better Call Saul”, El Lazo / Robert Ford in “Westworld”, and Moff Gideon in “The Mandalorian”. He gives the voice and likeness to Antón Castillo in “Far Cry 6” and the Dentist in “Payday 2”.

His work as a Far Cry 6 voice actor has been front and centre in the marketing material for the game – lending his star power to the project. 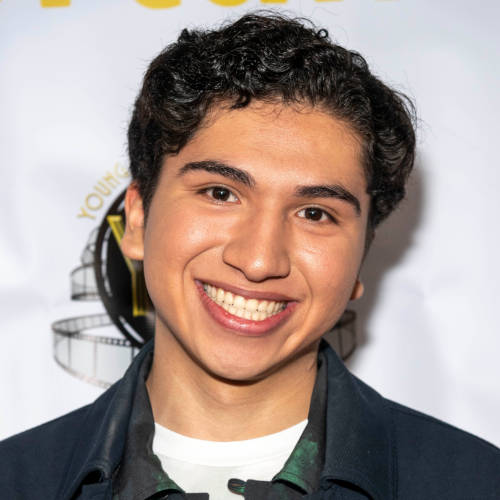 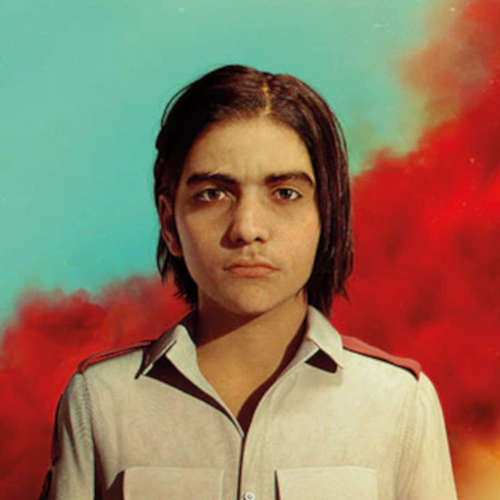 Diego is the needed but unwanted son of Antón Castillo. When Anton found out he had leukaemia, Maria Marquessa convinced him to have a child, an heir who could complete his vision for Yara should he die.

Diego grew up in an abusive household, experiencing the cruelty of Antón firsthand. Growing tired of the tyranny at home, he decided to flee Yara and hopped on a boat to the US – coincidentally, the same boat Dani was on when she was fleeing Yara at the start of the game.

Lending his voice to Diego is Anthony Gonzalez, a true talent with years of experience in the industry. He’s taken on roles as Polaroid in “Criminal Minds: Beyond Borders”, Simon Barros in “The Last Ship”, and Santiago in “Shameless”. As the lead in Pixar’s “Coco”, Anthony won a Teen Choice Award, Annie Award, and the Washington D.C. Area Film Critics Association award. 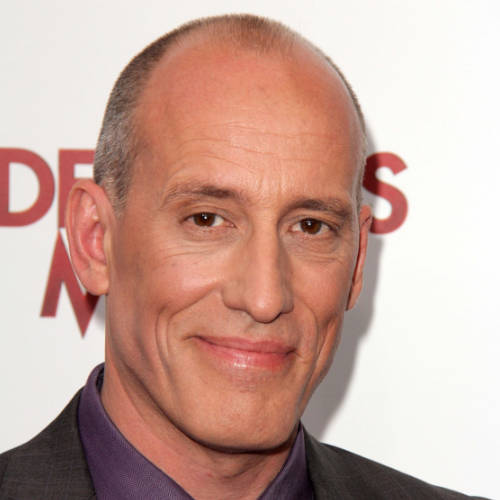 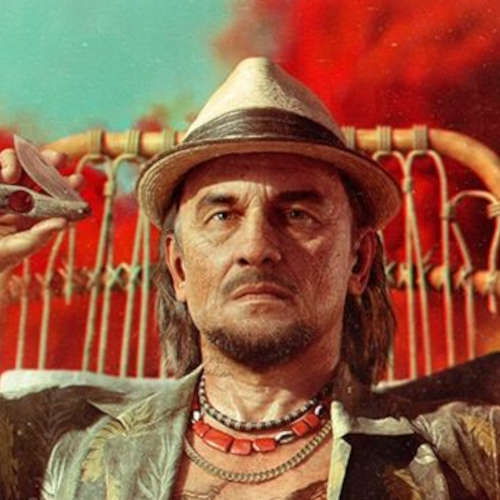 Juan Cortez is an interesting character in Far Cry. A former KGB agent, he fought on the side of the revolution when Antón’s father ruled Yara. For his actions against his father, Antón’s been hunting Juan for years, forcing him to hide in the mountains.

The vivid character of Juan Cortez was brought to life by the voice of Alex Fernandez. An American actor, he’s made appearances in “House, M.D.”, “NCIS: Los Angeles”, “CSI: Miami”, “Prison Break”, “The Shield”, “Devious Maids”, and countless other films and television shows. He’s best known for his performance as Rafael Alvarez in “Without a Trace”. 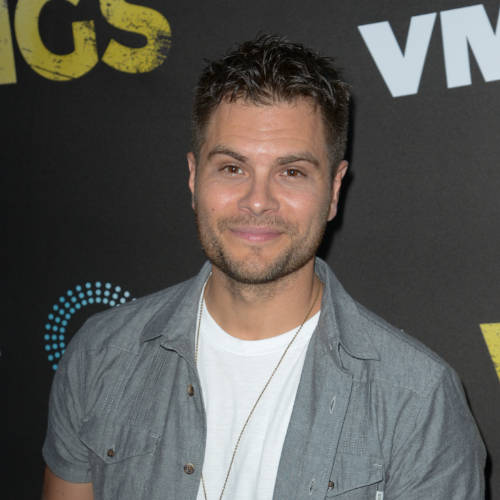 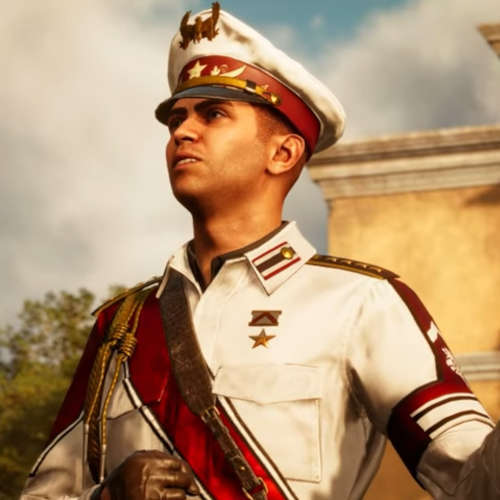 General Jose Castillo, commander of the National Defense Forces of Yara, is Anton’s nephew. He’s obsessed with pleasing Antón and getting his attention, displaying jealousy every time Diego gets praised by his father.

Erik Valdez is the Far Cry 6 voice actor behind this conflicted character, a talented American actor best known for his roles as Trey Mitchell in “General Hospital”, Carlito Solano, Jr. in “Graceland”, and Kyle Cushing in “Superman & Lois”. 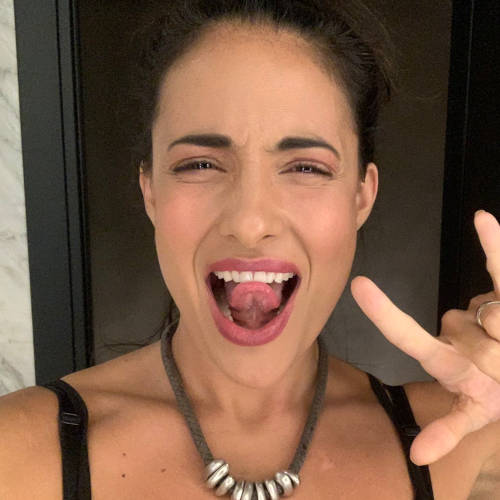 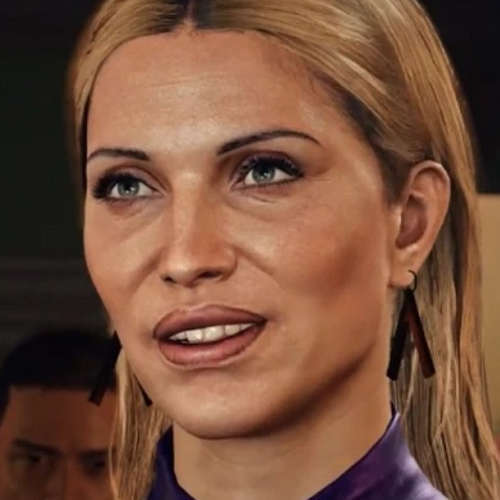 Maria Marquessa is Yara’s Minister of Culture and Director of The True Yaran Academy. She takes charge of Antón’s propaganda and censors all inbound and outbound media.

Maria Marquessa is voiced by Canadian singer and actress Nicola Correia-Damude. As an actress, she’s best known for roles in “The Boys”, “Degrassi: The Next Generation”, and “Shadowhunters”. As a voice actor, she did voiceovers for CBC’s “Starlink: Battle for Atlas,”, “The Passionate Eye”, “The Fifth Estate”, and “Afghanada”. 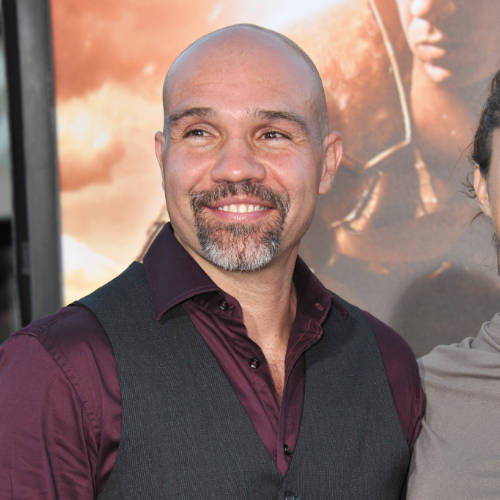 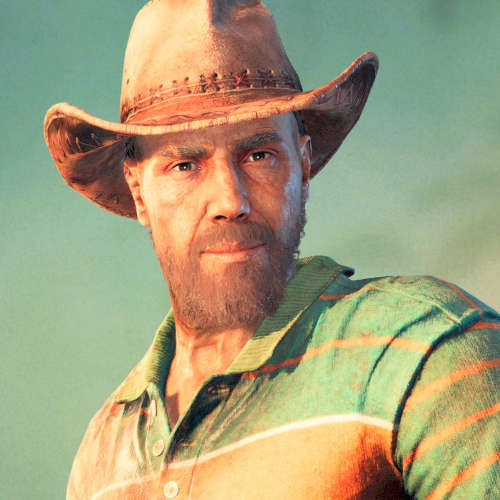 Carlos Montero was a proud owner of tobacco farms before Antón rose to power. Believing that Antón would make his family rich by using his tobacco to create the cure Viviro, he bought into El Presidente’s stories only to be forced into hard labour on his own farms.

After escaping the farms, he became a guerilla leader, stubborn and untrusting of any outsiders.

Carlos Montero is voiced by Conrad Pla, a Canadian actor and former pro kickboxer. After a kickboxing injury, he turned to acting and voice acting and became known for his work as Laureano de Torres y Ayala in “Assassin’s Creed IV: Black Flag”, Jackal in “Tom Clancy’s Rainbow Six Siege”, and, of course, Carlos in “Far Cry 6”. 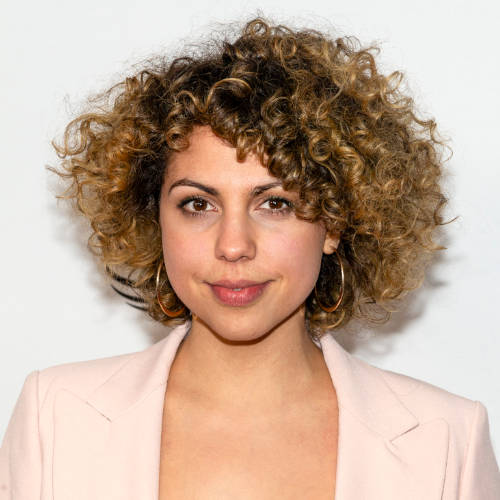 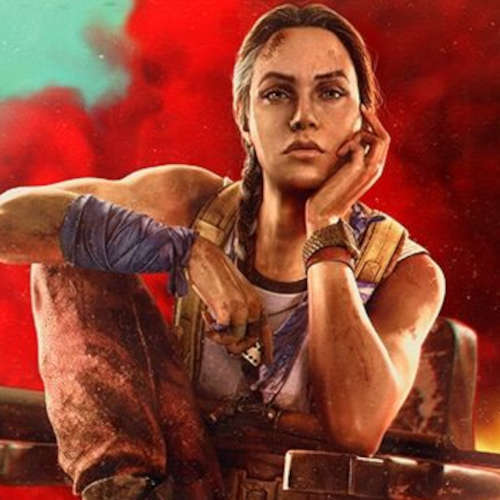 Clara Garcia was a talented journalist who abandoned her job and joined up with Libertad. Fearless and headstrong, she’s determined to destroy Antón and his dictatorship, no matter the cost.

Her fate in the game is player-determined, depending on the player’s actions.

Jess Salgueiro is the voice behind Clara Garcia. A Canadian actress, she’s appeared in hit shows like “The Boys”, “The Expanse”, “The Bold Type”, and “Workin’ Moms”, to name but a few.

The game is only made more immersive by talented professionals, like Jess Salgueiro, who perform as Far Cry 6 voice actors to its main characters.