4 Steps to Casting the Best Voice Actor for your Character 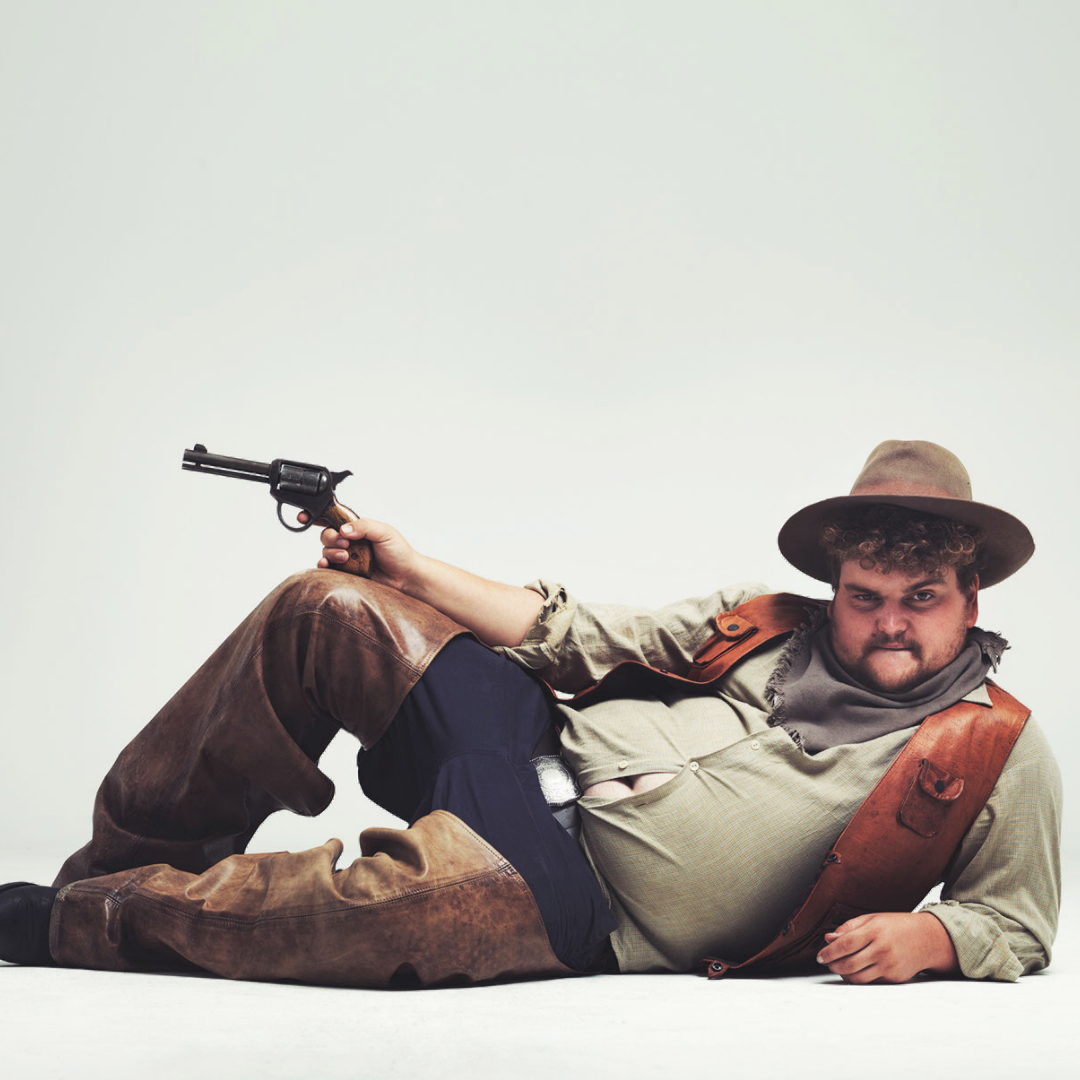 It doesn’t matter if you’re producing an Indie game, AAA Console title or TV Animation—the voice acting is a critical audio component that could make or break the immersion.

The voice of your character should bring it to life and you want to find the best voice talent available for your budget to make your character ‘pop’ and make your audience say ‘wow’! Drawing on the experience of thousands of character voice casting projects, we’ve assembled a short guide of essential steps to help you complete your masterpiece.

Step 1. Identify the primary emotion you want to evoke 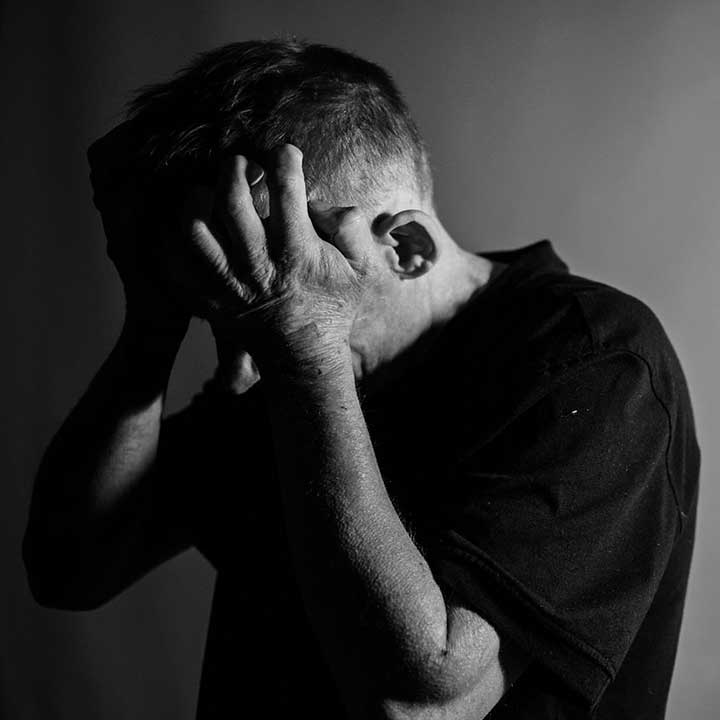 Your character may have great depth and complexity but you still need to decide exactly how you want your audience to feel when they speak. A character becomes forgettable and irrelevant if the viewers feel nothing.  Keep it simple. Do you want your audience to be filled with a sense of inspiration, joy, peace, anger, sadness, assurance? Pick THE single, most important emotion of all.

Step 2. Define the core attributes of your Character’s voice 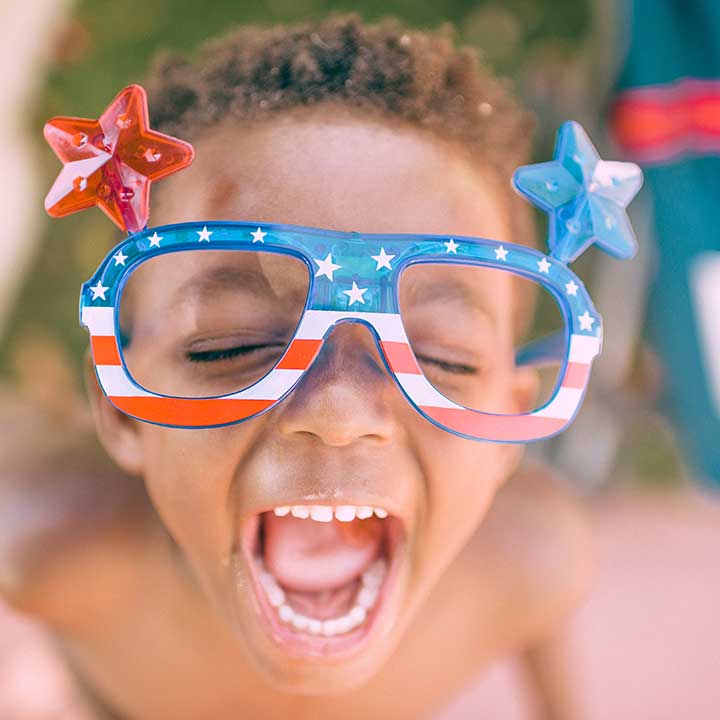 Don’t allow yourself to be distracted by vague, subjective terms like “substance”, “charisma” or “personality”. The core attributes are very simple and clear cut: 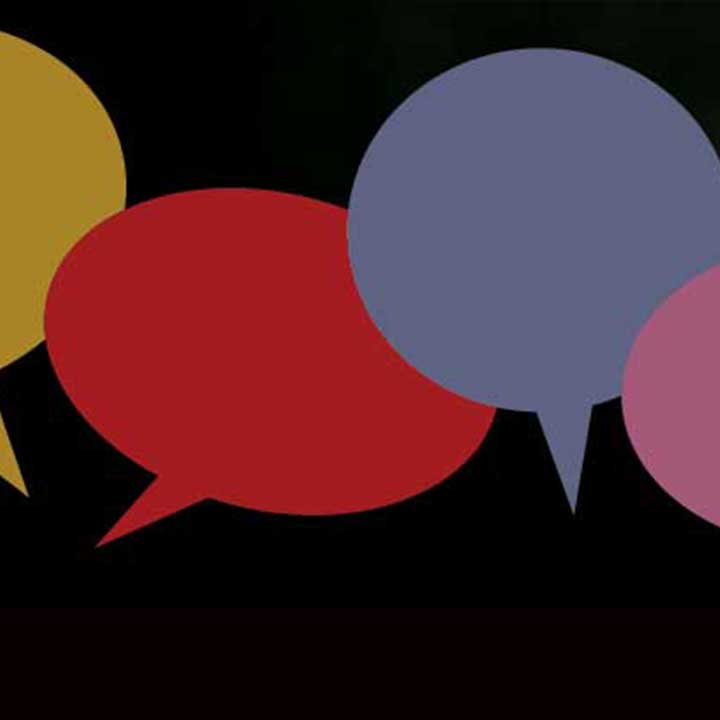 In the world of entertainment, immersion and context are essential. A regional accent conjures social class and origin within seconds. A poorly chosen dialect will disengage your audience and tarnish a potentially fantastic production. Are you working on a World War 2 project? Using a classic “High German dialect for your soldier is on par with casting Kevin Costner as Robin Hood. Don't do it! Equally for an Epic space project, try transatlantic English or Euro-neutral variants because those deep country accents are going to kill the immersion. You need to select exactly 3 attributes for your voice:

Step 4. Budgeting – you get what you pay for 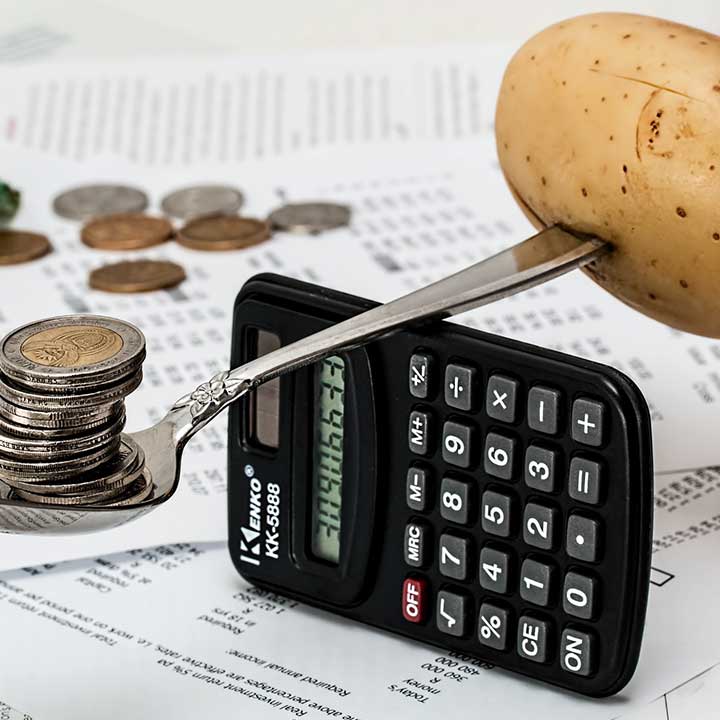 It goes without saying perhaps but working with a professional voice talent is critical. An experienced voice can control the subtleties of their vocal characteristics. A slight shift in the intonation or pitch can give the character a different feel altogether.  This is why it’s important to put some work into identifying the desired traits of the perfect voice. It’s also important not to skimp on your budget. Even if it’s an indie project, paying a bit more for experience will elevate the quality of the audio considerably. There is nothing worse than hearing an amateur voice actor straining to ‘act’. They often just come off as flat, unconvincing and lacking in personality. Would you want to weaken a great character, brand or product with an inexperienced or low-quality voice actor? Congratulations! If you’ve made it this far, you can take comfort in knowing that by completing these basic steps, your deceptively simple Character profile is about to make your entire production more memorable than 80% of your competition. Why? Because time and time again, professional voice-overs are overlooked and mistakenly hurried through as an afterthought as projects near deadlines. With virtually no effort, your project now has a huge advantage over many others. 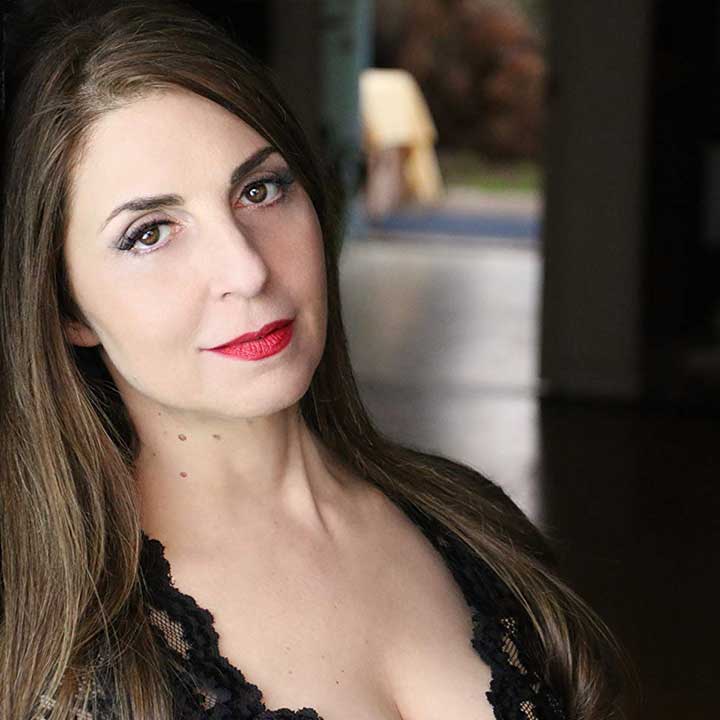 Voice Actor Ellen Dubin has credits including Fallout 4 and Skyrim.

One of the most profound developments in video games is the use of voice artists to tell compelling stories.

As an avid gamer will tell you, characters in games are no longer silent stand-ins for the player. Instead, they have fully fleshed out personas. But the characters are only as compelling as the voice artists who portray them. Below are some important factors to consider when seeking the best voice actors to give your lovingly crafted characters the best voice possible. Now. if you’re interested in delivering unequalled depth and you want your creation to be viewed literally as the best of its kind, you’re going to have to take things to the next level, at which point you will need to consider the following:

Before reaching out to voice over agencies or beginning a casting process, it’s important to define what makes your character’s voice unique. Quintin Tarantino is widely regarded as a master of character development and one of his greatest pieces of advice was: “Know who your characters are when alone” and “know who they are presenting themselves to be around others”. This is amazing advice. Your audience doesn’t care about the answers to these questions but if you want to conjure that apparently “effortless” emotional connection with your character, you need to get familiar with their background:

And more. Defining the characters unique traits will give you a reference point to measure the suitability of casting auditions. After getting an idea of the kind of personality you want your characters to have, go back and double-check that your character profile is still a good match with the vocal attributes you defined at a high level. Did you have to make adjustments? Good! Your character has just gained outstanding depth.

The next thing to do is work with your chosen voice artist to identify the character’s vocal sound. You may have liked one of the actors casting auditions, but if the sound still needs some tweaking, you should provide the actor with specific direction. Avoid wishy-washy directions like, ‘he should sound braver’ or ‘smarter’ and so on. This is too open to interpretation. Instead, referencing examples of other familiar voices you want the character to sound like is a great way to offer more specific direction e.g. link to a clip on YouTube and say – ‘they should sound like this character, but speak more quickly and excitedly’. An alternative approach to discovering the right vocal sound is to use improvisation. Allowing time for the voice to get creative and experiment with different voices is a good idea if you’re really struggling with defining the sound. Bear in mind that most voice talent will expect a higher fee as this will take more time and may require a few more sessions. If things are moving quickly in your video game or animation, you’ll want to hire a voice talent that is able to handle that fast pace and still be able to deliver a wonderful voice (Example – https://www.voquent.com/voice-actor/usa-226rxt/). On the other hand, if things are slow-moving, a more relaxed voice will be more appropriate. 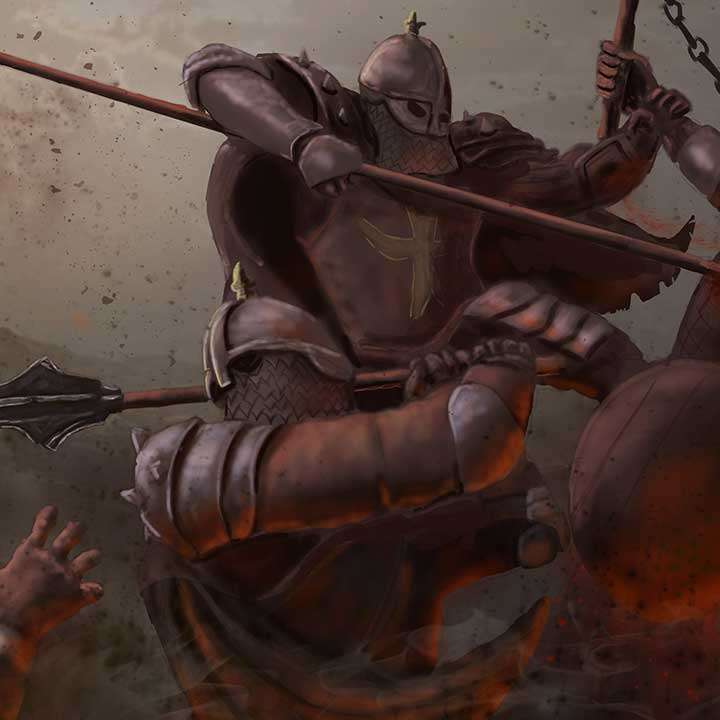 Image Courtesy: https://stock.adobe.com/uk/ When you’re sad, you become quieter or you may even cry. When you’re angry, you may shout or get very tense. And when you’re excited, you smile or laugh. All of this is manifested in your voice and of course, the same emotions need to be influenced by the portrayal of the characters in any video game or animation. On a surface layer, you’ve already identified the primary emotion you're trying to stir in your audience and this is induced or reflected by the tone of the character’s voice. Equally, the underlying emotions that might belong to the character ideally need to be accurate to the character archetype. Some emotions are challenging to act and if you want to give your characters authenticity, only a professionally trained voice actor with the appropriate time allowed will do the role justice.  A good voice artist will connect with the audience emotionally, conveying emotions in their performance. We always recommend when asking for auditions that you use lines that allow the voice actor to demonstrate their capability to portray emotion accurately. When you hear the performance, do YOU feel the way you want your audience to feel? This will suggest what adjustments they might need to make to get the performance just right.

Voice actors all have different skill-sets. Some voice actors are incredibly versatile and able to change their pitch and tone quite dramatically, whilst others may have a tighter vocal range to play with. If you like a voice, it can help to listen to samples of other characters they’ve voiced. Not only will this give you a clear insight into their capability, but it may also give you ideas for the voices of other characters or roles you need to fulfil. Websites like Behind the Voice Actors are great for exploring voice actors past work. 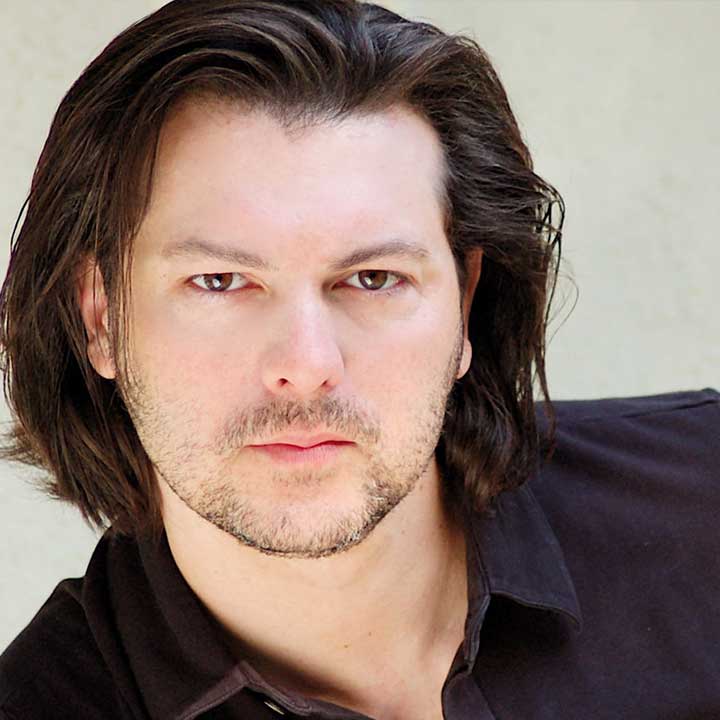 Voice Actor David Hayter was the voice of Solid Snake in the Metal Gear franchise. What kind of voice will sound appealing to your audience? Are you looking for something that resonates with previous experiences in a similar genre? Are they expecting an excitable, inexperienced sounding character such as Nathan Drake from the Uncharted series (voiced by Nolan North); or perhaps someone grittier and more mature like David Hayter, who performed the original voice of Snake (aka Big Boss) from the Metal Gear series for over 15 years? Whilst it’s important to keep the audience expectations in mind, it’s not always appropriate to follow them exactly. In fact, working with a voice artist to create an unorthodox or unexpected character voice could be a good way to make your character more memorable, but this will only work if you first gain their trust.

Conclusion and a plug

There’s a great deal to consider when choosing a voice actor for a Character. As a professional voice agency, we (Voquent) take a great deal of interest and pride in our ability to work quickly in this highly creative and exciting process. We work to your deadlines to help you clarify the level of detail that works best for you and cast and record voice actors for your characters in the timescale available. Unlike other voice over agencies who focus on quantity over quality, we offer an experienced and devoted partnership that will help you captivate your audience with sublime voice acting. Are you working on a project that you think we could help with? Get in touch, it won’t cost you anything and we’d love to hear from you!