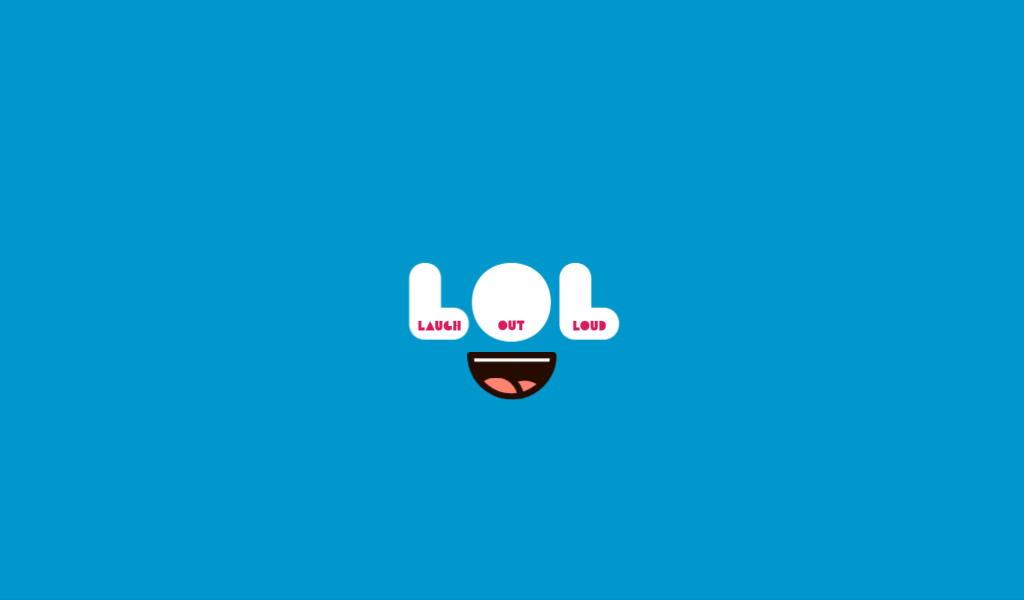 Laughter is the best medicine.

Well, maybe not right now. Greater worldwide access to COVID-19s Vaccines would be more useful! But putting that aside, seeing the funny side of life is one of the best things you can do to naturally boost your endorphins and immune system.

With laughter being one of life’s intrinsic pleasures and being able to do so at yourself has been scientifically proven to improve well-being. The Voquent team dedicated some time to scour the web for some of the best voice jokes and memes related to acting, voice-over and audio.

Some jokes have been adapted from other well-known jokes and a small few are of our own creation. We hope you enjoy them as much as we did taking the time to put this list together. Share your own voice jokes with us on Twitter and we’ll update this post next week with our favourites!

Time for the LOLs! 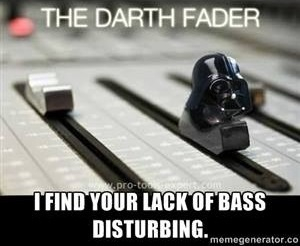 I was waiting on a Zoom session to start, but the client was having some technical issues. The client texted and said, “please bare with me.”

I thought it was an odd request, but he’s the client.

Eventually, we got the video to work, but now they’re recasting the voice and won’t reply to my emails…

If a pig loses its voice…

I lost my voice today.

I can’t tell you how annoying it is.

How many voice actors does it take to change a light bulb?

What do you call a narrator’s favourite pair of pants? 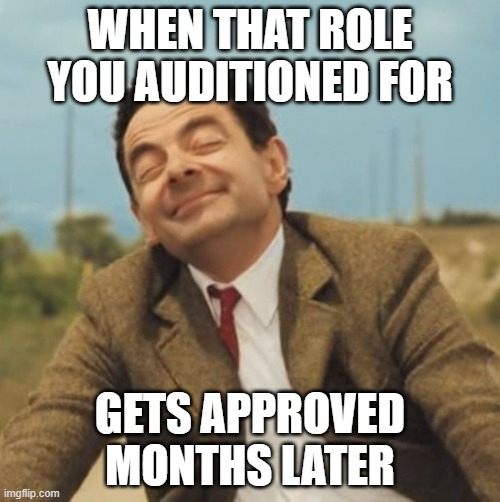 What do you get when setting a voice actor on fire?

A voice actor was sitting in his booth late one night when the Devil appeared before him.

The Devil told the voice actor “I have a proposition for you. You can win every single job you audition for, for the rest of your life. Your clients will offer you endless high paying jobs, your peers will be in awe of you, and you will make embarrassing sums of money. All I want in exchange is your soul, your wife’s soul and your children’s souls.”

The voice actor thought about this for a moment, then asked, ”Would you be willing to take anything else?”

“Too much for your heart to bear?” asked the Devil.

The voice actor replied “I traded all of them in last year for a Neumann U 87.”

Friend: “Did you get any orders today?”

Friend: “Congratulations! What were they?”

What’s the difference between a voice actor and a terrorist?

Some clients would find it easier to negotiate with terrorists.

What statement will make a voice actor red in the face?

Worldwide usage rights for all mediums, in perpetuity. 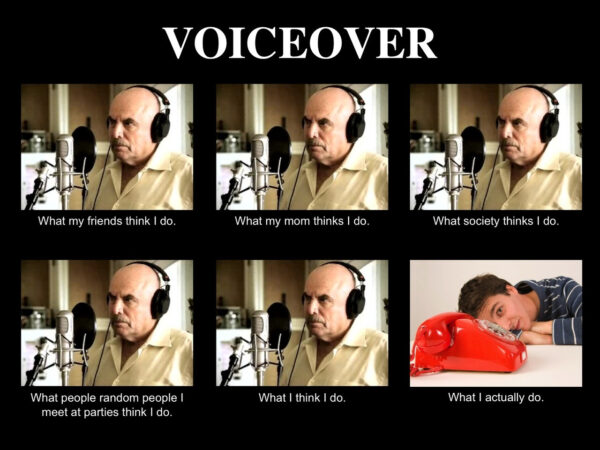 What does it say on a voice actor’s tombstone?

He wished to observe the predators up close in their natural habitat.

Client: “Please say it slower but make sure it still fits within the same time.”

What do you call a novel narrated by a ghost?

So you’re telling me there’s a chance… 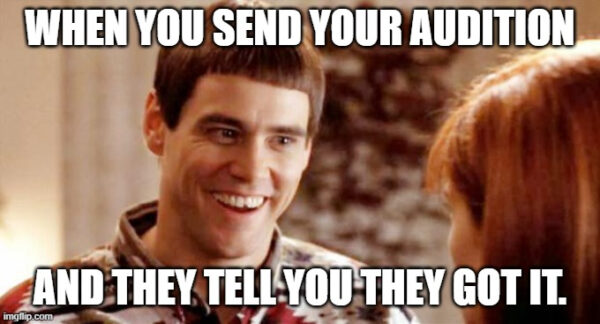 A male voice actor walks into a doctors office to get examined, in a really DEEP voice he tells the doctor ““LISTEN HERE DOCTOR I CAN’T STAND MY VOICE ANYMORE. IT’S WAY TOO DEEP. ANYTIME I TRY TO TALK ANYONE I JUST SCARE THEM. EVEN MY WIFE IS STARTING TO HATE IT.”

The doctor agrees to run some test and finds that his deep voice is due to his large manhood size. To make his voice a normal pitch, a few inches will need to be removed.

The voice actor replies “I’LL DO ANYTHING DOC!”

The voice actor gets the procedure done and goes home.

A week goes by and the voice actor goes back to the doctor saying “Doc I love my new voice and I feel better than ever, but my wife really misses the extra inches down below. I will have to get the operation reversed.”

The doctor looks at him then replies in a really deep voice “SORRY SIR NO REFUNDS“.

How do you instantly turn someone into a professional voice actor?

Tell them they have a nice voice. 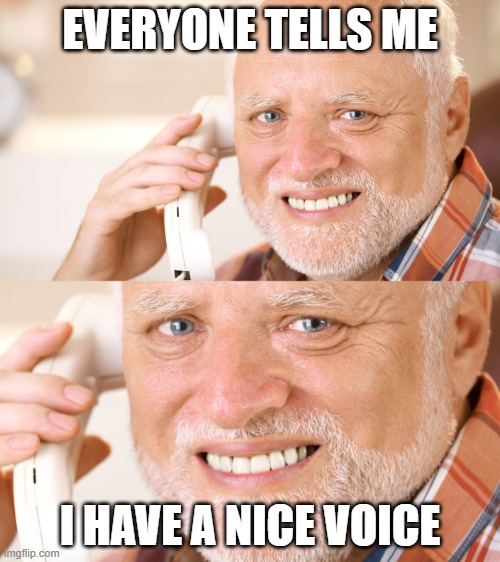 As soon as the voice actor finished their line the director said ‘Once More! Once More!’.

The voice actor obliged and read the line again. She couldn’t believe it when the director asked her to read it again. This was then repeated another twenty times. Then voice actor, overjoyed at the director’s feedback, thanked them and asked them why they were so interested to hear the same line again and again.

The director replied, ‘I wanted you to improve it, now it’s actually useable.’

What is a voice actor’s favourite music? 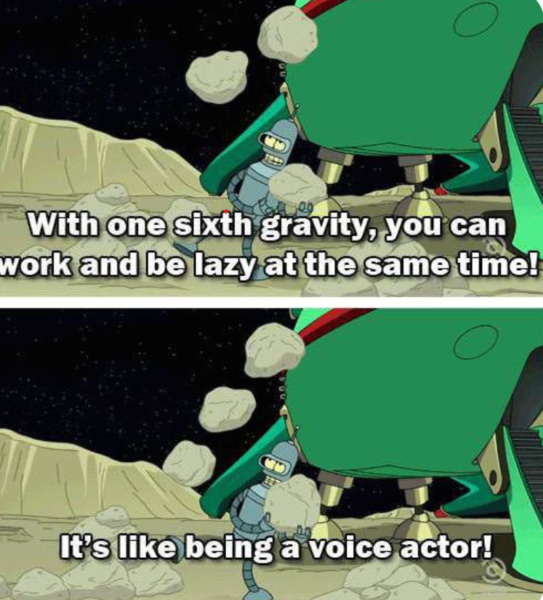 If a judge loves the sound of his own voice,

An owl lost its voice.

It didn’t give a hoot.

The moment I realised that I lost my voice…

I had enough and finally quit my job at the helium plant today.

I refuse to be spoken to in that tone of voice.

Which brand of computer has the best singing voice?

“Condenser? I hardly know her”

My voice sounds bad in my tiny apartment.

The other day I yelled into a colander…

and I strained my voice. 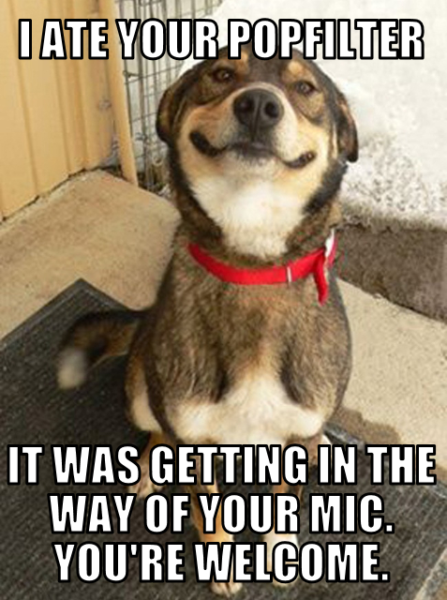 I told my psychiatrist I was hearing voices.

He told me I don’t have a psychiatrist.

My voice is a pony

You know, a little horse.

There’s a Polish one, and a Czech one too.

The doctor told me my voice box is damaged and I might never speak again.

I can’t tell you how upset I am.

What’s it called when you take a call while on the toilet.

Voice over I P.

Now it just says, “It’s around here somewhere. Keep driving for a little while. “ 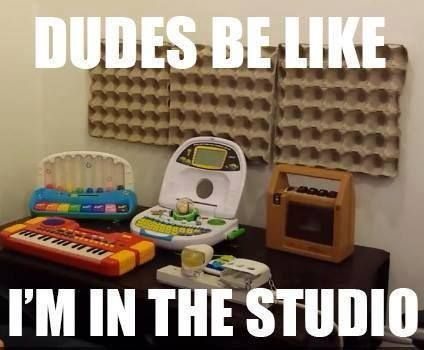 Listen to Comedic Voices on Voquent