9 Christmas Voices That Fill Us With Festive Cheer 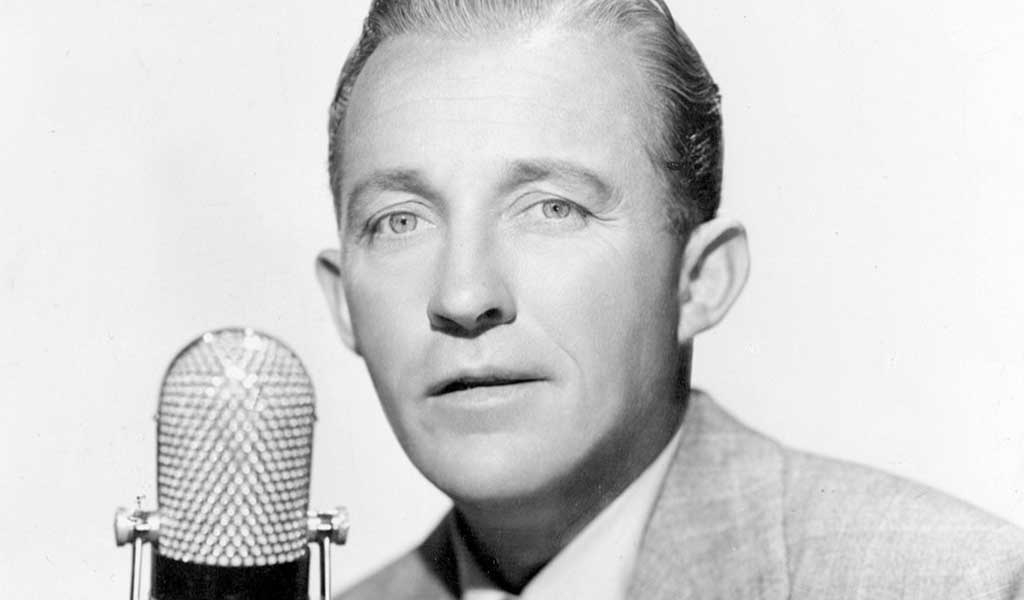 There are some voices that, as soon as you hear them, transport you directly to Christmas.

Voice over is a powerful tool for any Christmas marketing campaign. The right voices will evoke strong feelings of connection, joy and nostalgia in your audience. Associating your brand with these feelings can have a powerful, long-lasting effect on perception. So when choosing voice actors for Christmas related projects it’s crucial to take the time to consider your choice carefully.

To help you get started, we’ve listed 9 Christmas voices that fill us with festive cheer. There is a mixture of actors and singers. Examine the timbre of each voice, and think about how they affect your mood. So, when you begin planning your Christmas voice-overs you have plenty of inspiration to draw upon. Remember, we’ve got some amazing Christmas voices and Santa voices on Voquent.

There’s no voice more associated with Christmas than Bing Crosby’s. Described by Louis Armstong as like “gold being poured out of a cup,” his low, rich speaking voice is just as harmonious to the ears as his singing. He even sounds nice chatting to David Bowie before Little Drummer Boy! His voice appears in iconic Christmas movies such as White Christmas and Holiday Inn as well as the dozens of Christmas songs he recorded, the most famous being White Christmas from the movie of the same name. Bing Crosby’s voice harks back to a wholesome festive era when men wore suits to Christmas dinner and families dressed up in matching Santa suits without a hint of irony.

“I made my family disappear!” Macauley Culkin as Kevin McCallister in Home Alone and Home Alone 2 cites a number of lines which have now become much quoted Christmas references. “I’m eating junk food and watching rubbish, you better come out and stop me!” His innocent childlike voice reflects Christmas from the perspective of a kid where Christmas trees, presents and fun are the only items on the agenda. Special mention to actor Ralph Moody, AKA faux movie Gangster Johnny, whose gravelly timbre uttered one of the most iconic Christmas movie quotes of all time: “Merry Christmas ya filthy animal!”, which is actually in Home Alone 2, not the first one, as many people incorrectly state.

3. Will Ferrell as Buddy The Elf

It doesn’t matter that Will Ferrell has the voice of a grown man, the unadulterated enthusiasm of Buddy The Elf can’t help but fill you with festive cheer. Lines like “I just love to smile. Smiling’s my favourite,” might sound goofy when spoken by most adults, but Ferrell’s sincere and unselfconscious performance has resulted in Buddy becoming one of the most loved and quoted Christmas characters of all time.

“It’s Chriiiistmassss!” The first time you hear Noddy Holder’s howl during Slade’s Merry Christmas Everybody you know the festive season has truly arrived. Probably the antithesis of Bing Crosby, Noddy Holder’s regional voice is croaky and guttural but just as much filled with warmth and passion.

“Holidays are coming. Holidays are coming.” How can those three words inflict a feeling of excitement for Christmas so rabid it raises the pulse of even the most stubborn Scrooge? It’s all down to the genius of the Coca Cola advert which shows a fleet of Christmas trucks making their way through the snow. “Holidays are coming” is less of a Christmas voice-over and more of a chant, but it shows the power of an earworm. The fact that they’ve kept the advert exactly the same since 1995 shows it’s cultural impact!

The most beloved character in the most beloved film of all time, James Stewart in It’s a Wonderful Life is one of the most recognisable actors associated with Christmas. He has a highly charged, almost stuttering voice, that many voice actors have tried to emulate – there are numerous tutorials online on how to recreate it. Just a segment of its distinctive sound transports listeners to the iconic film and all the Christmas joy it contains.

Ask English speakers to say Merry Christmas in a language other than their own and they are almost certain to say the Spanish ‘Feliz Navidad’. The reason for this is almost entirely down to the song of the same name by Puerto Rican singer José Feliciano which has become one of the most popular Christmas songs of all time. It’s so popular that the Hispanic instruments and jaunty musical style in the song have become as synonymous to Christmas as sleigh bells and chimes.

The song Petit Papa Noël by Tino Rossi is the best selling single of all time in France. Ask a French person to think of a homegrown Christmas cultural icon and they will undoubtedly reference the song and its black and white video featuring Rossi sitting by an open fire before being transported to the pages of a Christmas fairytale book. Rossi’s voice is similar to Bing Crosby’s – deep and rich, reflecting a bygone Christmas era. Released in 1946, the song endures in popularity for nostalgic French Christmas lovers.

In the song Fairytale of New York, Shane McGowan and Kirsty McColl don’t so much speak or sing as a snarl, depicting a warring couple who blame each other for their demise in fortune after moving to the Big Apple. McGowan’s Irish/English drawl works perfectly as a foil to McColl’s foul-mouthed but cheerful lilt. The enduringly popular song is an example of how character-filled non-RP voices can successfully tell a Christmas story.

Choosing a voice actor for your Christmas project

The range of styles included on this list shows there is no one “right” Christmas voice. Our advice to you when considering your Christmas voice-overs is to have a clear vision of your campaign’s tone and the message you wish it to communicate.

We have a wide range of highly experienced voice actors from different age groups, regions and nationalities that can play a key role in your Christmas campaign. Browse our selection to find your perfect Christmas voice, or if you’re a voice actor who would work well in Christmas campaigns, please upload your demo.

The Year in Review: 2020 by Voquent’s Top Voices